Da Rosenfield, the number 10 boss who had a notorious meeting with Manchester United’s Ed Woodward days before the launch of the European Super League, was a guest at the club in the director’s box last weekend.

United insiders have confirmed that Rosenfield was a guest at the club, but were quick to point out that Woodward, who is leaving at the end of the year as a result of the ESL accident, was not involved in the match against Everton.

The government and the club have always insisted that Rosenfield, Boris Johnson’s chief of staff and executive vice president Woodward only discussed fans’ return and not ESL at the Downing Street meeting – which included a brief talk with the prime minister – in April. 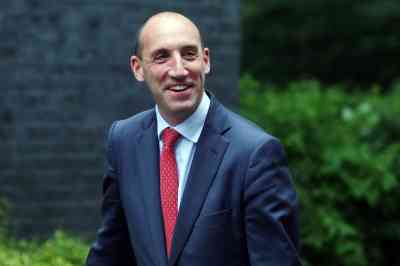 Rosenfield is a fan of Manchester United

Cost of living: Tories vote down windfall tax that could save you £ 600-a-year

London Borough of Sutton to be showcased at UKREiiF

The private market can speed up disaster recovery. Here’s how

3 top dividend stocks yielding as high as 8.7% – with inflation still near 40-year highs, it might be a good move to nail down some income

Suspect is charged in a deadly California church shooting: NPR

MTA Boasts About $ 30M Times Square Stairway, Then Gets Roasted