Children are just as likely to develop COVID-19 as adults, but cases of minors are significantly more likely to be asymptomatic, a new study shows.

Researchers from the Centers for Disease Control and Prevention, the University of Utah in Salt Lake City and Columbia University in New York City (NYC) collected data from participating households in Utah and NYC.

They found that age had little effect on a person’s odds of contracting the virus, with about five out of every 1,000 adults and children each becoming ill during the study period.

However, younger people were significantly less likely to suffer severe symptoms from the virus, with only half of children infected with the virus having a symptomatic case compared to 88 percent of adults.

The findings of the study increase the growing body of evidence that children and adolescents are generally safer against viruses than their older peers and have a low risk of serious complications or death. 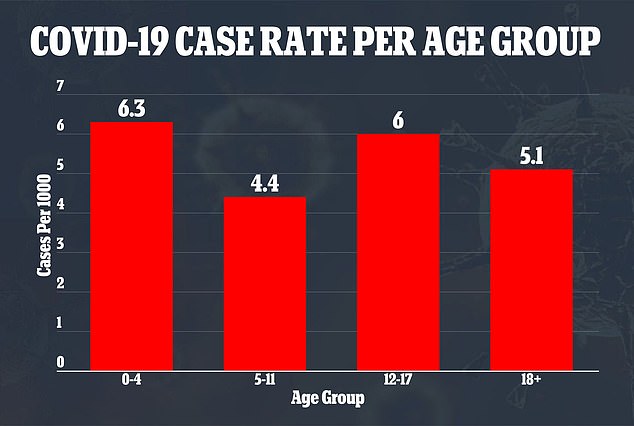 There was little difference in COVID-19 infection rates across different age groups with five out of every 1,000 people infected with the virus

Researchers who published their findings Friday in JAMA Pediatrics recruited 1,236 people from 310 households.

Participants would regularly collect nasal sticks themselves to be tested for the virus between September 2020 and April 2021.

They would also conduct studies and report potential Covid symptoms that they experienced.

New York City has generally proven to be one of the country’s COVID-19 hotspots due to its large and dense population.

Researchers combined data from both cities and divided the participants into age cohorts.

For children aged zero to four, 6.3 out of 1,000 contracted the virus during the study period.

Adults included in the study had similar Covid rates, with 5.1 out of every 1,000 infected with the virus. 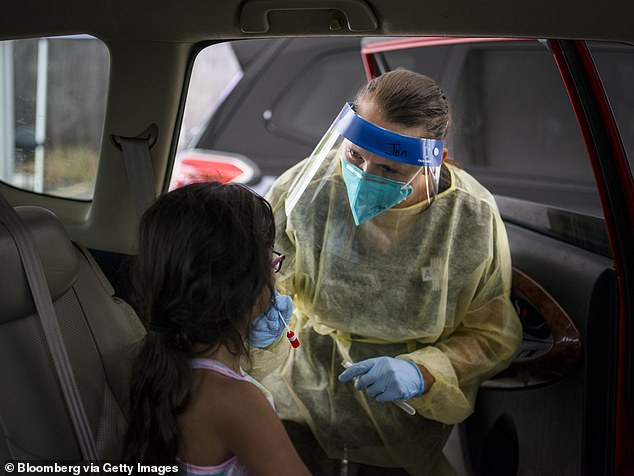 Only children ages 12 and older are eligible for the COVID-19 vaccine in the United States, but many parents will not vaccinate their children even if it is approved for all ages. Pictured: A young child received a Covid test in Austin, Texas, on August 5th

While the rates of infection were similar, the children who contracted the virus were much better off than their older peers.

Half of the children in the two youngest age groups, aged zero to four and aged five to 11 years, were asymptomatic when they contracted the virus.

Even the slightly older children in the study, aged 12 to 17 years, had high asymptomatic cases, with 45 percent of those infected having no symptoms.

However, the numbers were drastically different for the adults in the study.

Only 12 percent of adults in the study had asymptomatic cases because the virus is much harder to deal with in older people.

‘A large fraction of SARS-CoV-2 infections in children were asymptomatic and would probably have gone undetected without screening tests, supporting hypotheses that [Covid] Infections among children have been significantly investigated during the COVID-19 pandemic, ‘the researchers wrote.

Adults who are more prone to symptomatic Covid cases have a valuable tool to prevent the virus.

The COVID-19 vaccines are widely available in the United States, and all adults are eligible for the shot. 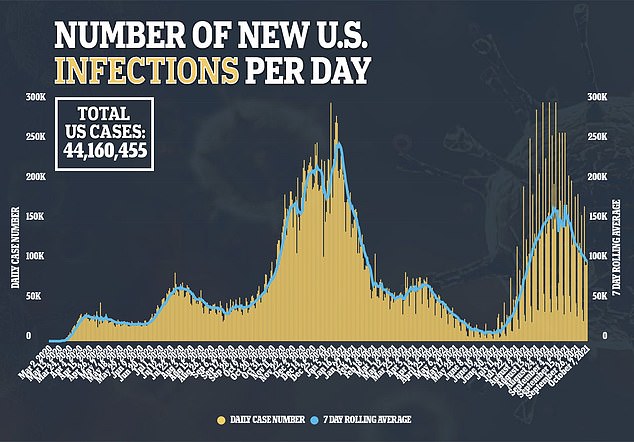 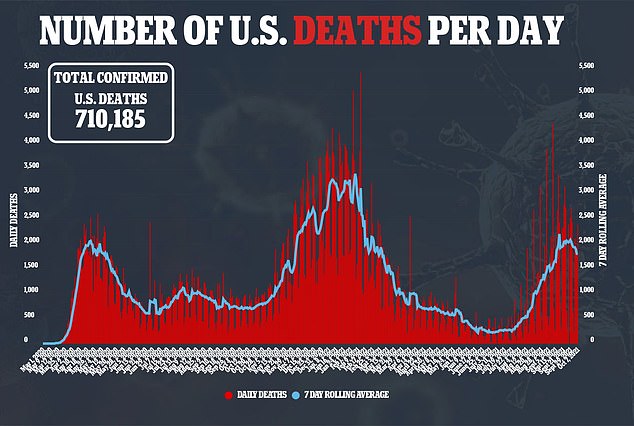 By comparison, only children aged 12 or over are allowed to receive it.

The relatively low severity of Covid cases among children has led many parents to question whether they need to have their children vaccinated at all, even when it becomes available.

Opinion polls find that parents of children appear to be evenly distributed over whether or not their children will receive a COVID-19 vaccine.

A study by the CS Mott Children’s Hospital National Poll on Children’s Health at Michigan Medicine in July found that 39 percent of parents said their children had already received a coronavirus shot.

However, 40 percent of parents also said it was ‘unlikely’ that their children would be vaccinated. 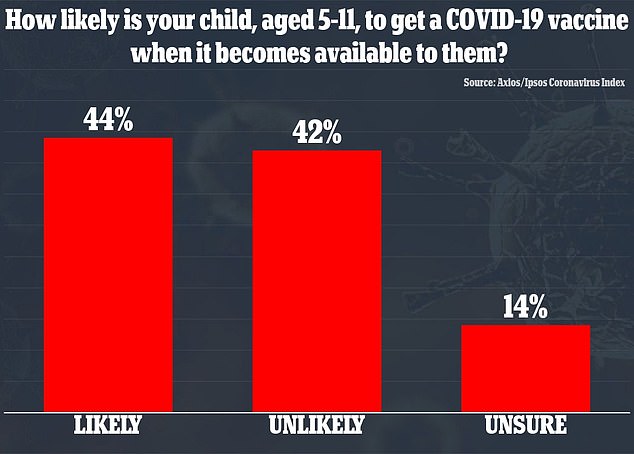 In fact, many more children die from gun violence, drowning, poisoning, and other fatal injuries each year compared to those who have died from COVID-19.

Poisoning accidents kill 730 children each year, with two deaths each day, according to the CDC.

Another 3,302 children died in traffic-related accidents in 2019.

In addition, 3,371 children and teens in the United States lost their lives due to gun violence in 2019, according to The State of America’s Children 2021 report.

Only bicycle accidents see fewer deaths with 79 occurring for people under the age of 20 in 2019, according to data from the U.S. Department of Transportation.

‘Will haunt us in the future’: Scarborough and North York courthouses face closure by province next year | News