The forecast for downtown LA this Sunday is sunny and clear, with a high around 80 degrees. It sounds like great weather for a walk or bike ride. It’s perfect timing as CicLAvia returns to the center. The free event will close a six-mile route to all cars from 6 p.m.

This is CicLAvia’s 10th anniversary, and Chief Strategist Tafari Bayne says it’s revising the first route ever: “It focuses on Main Street and Broadway. And then we take Seventh Street all the way over to MacArthur Park. And then Broadway into Chinatown. We call it ‘Heart of LA’ and it is one of our favorite neighborhoods to visit, right in the middle of the city. ” 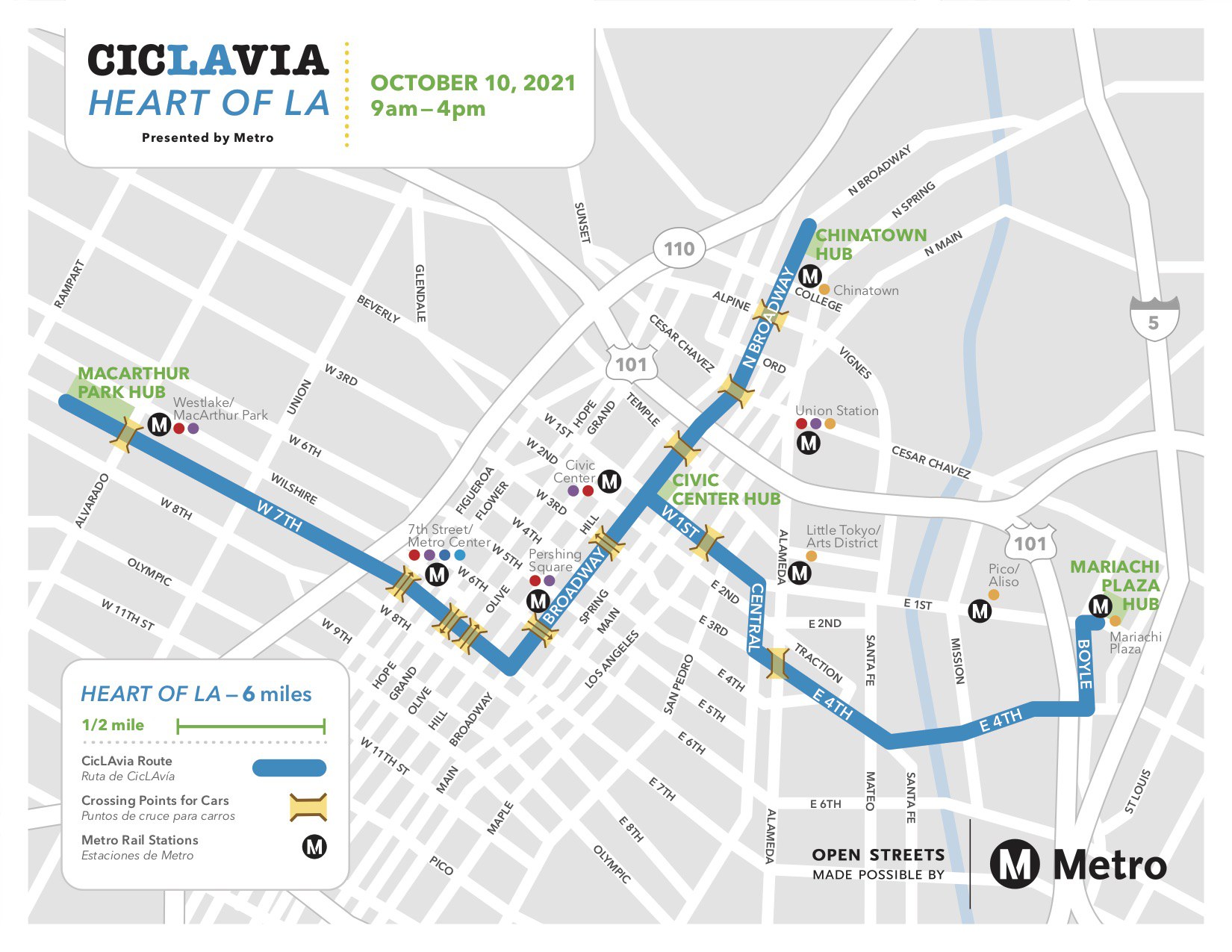 Organizers expect more than 50,000 people to attend the weekend iteration of CicLAvia, which opens streets from Chinatown and MacArthur Park to downtown and Boyle Heights for biking, ice skating, walking and more. Credit: CicLAvia.

It’s hard to find a place that matters to anyone in a vast city like Los Angeles. But Bayne says downtown fits the bill for the first CicLAvia team.

“They wanted to find a way to make an event that meant something to everyone and was part of the city’s structure,” he says. “And downtown LA is the heart of the city. Many of our big businesses happen there, much of our culture is there, and it is also one of the oldest parts of the city. ”

Sunday’s event will be organized around four different hubs: Civic Center, MacArthur Park, Chinatown and Mariachi Plaza in Boyle Heights. These sites will include entertainment, food and drink, games, a farmers market and even a pop-up photo booth.

Bayne says they expect a large turnout: “Our average is around 50,000 per. Event. We expect more for this one. It is difficult to specify what the number is, but certainly more than 50,000. ”

You can get more information at https://www.ciclavia.org/