Cricket 22 announced for all systems 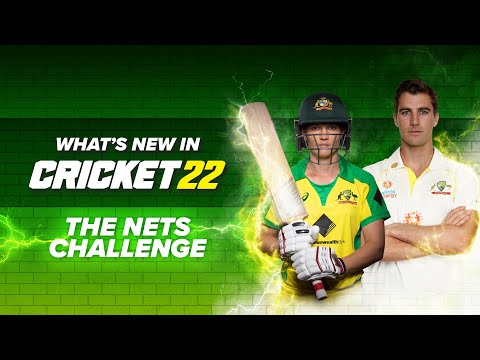 The Big Ant Studios make up Cricket 22 for all systems. A trailer highlights innovations.

Inspired by the feedback from offers from fans Cricket 22 some innovations:

“The number of cricket fans asking us about our plans for the next generation of cricket is overwhelming,” said Big Ant CEO Ross Symons. “And we are excited about what we are doing Cricket 22 can offer. This is our fifth cricket simulation and it represents the sum of everything we have learned over the last ten years and beyond. We have the most passionate fans and we can not wait to hand them the new title. ”

Russell James, ECB Director of Sales and Marketing on the partnership: “We are delighted to be working with Big Ant again on this extremely exciting game Cricket 22. Cricket is a game for everyone, and whether you take on the challenge of taking an Ashes test or take on the world’s best female and male whiteball cricketers in The Hundred, Cricket 22 offers everything cricket fans could wish for. ”

“Cricket Australia is proud to once again be able to partner with Australian game developer Big Ant Studios to bring such a visually realistic video game to our passionate fans,” said Nick Hockley, CEO of Cricket Australia. “The ashes are one of the biggest rivalries in world sports, and we can’t wait to watch cricket Cricket 22 to bring them closer to a new audience. ”

Cricket 22 will be released on November 25 for PS4, PS5, Xbox One and Xbox Series X. The Switch version will follow in January 2022.

How to unlock Fade in Apex Legends Mobile