Insulate Britain this morning measured the Old Street roundabout – in the heart of London’s hipster port Shoreditch – and again the M25.

Parties of the protesters – who have been very wild for their actions – sat in the roundabout and held banners.

They were flanked by so many ‘official observers’ dressed in high vests after a series of confrontations from furious motorists in recent days.

The unpopular campaigners were seen blocking ambulances that came out after they had glued themselves to the ground.

The eco-mob was also back at the M25 and broke a court ban that was supposed to stop them.

Liam Norton from Insulate Britain said: ‘This is not a cause, it’s about our children’s deaths before they grow old. This is not protesting, it is about doing everything necessary to protect future generations. And we will be clear, this campaign will continue until the government gives us a meaningful statement we can trust, if that happens, we will get out of the way like a shot.

It happened after more than 100 activists were given a warrant against roadblock protests by the high court. 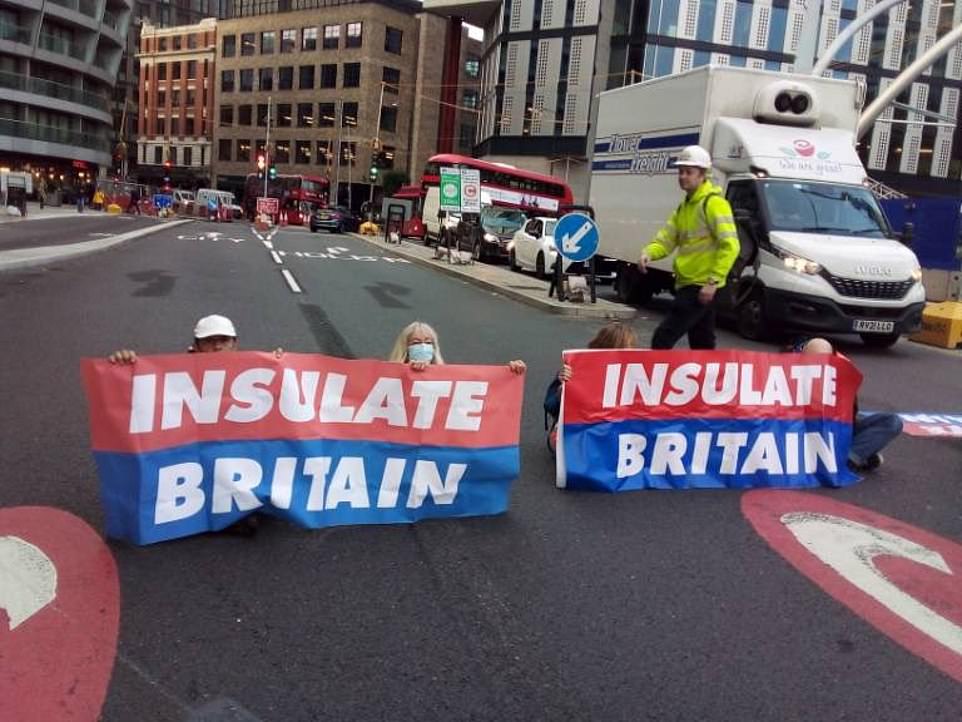 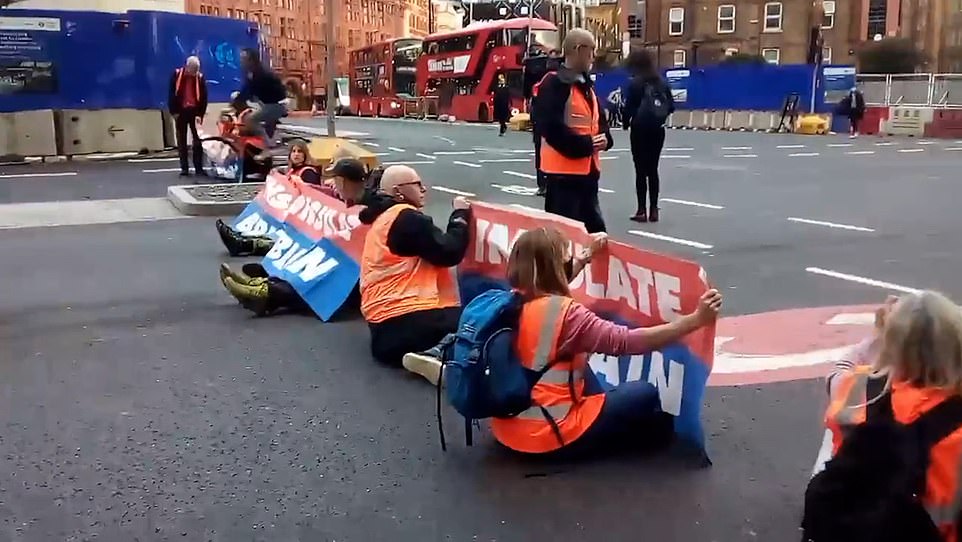 Lots of protesters – who have gone wild for their actions – sat on Old Street, in the heart of hippie London 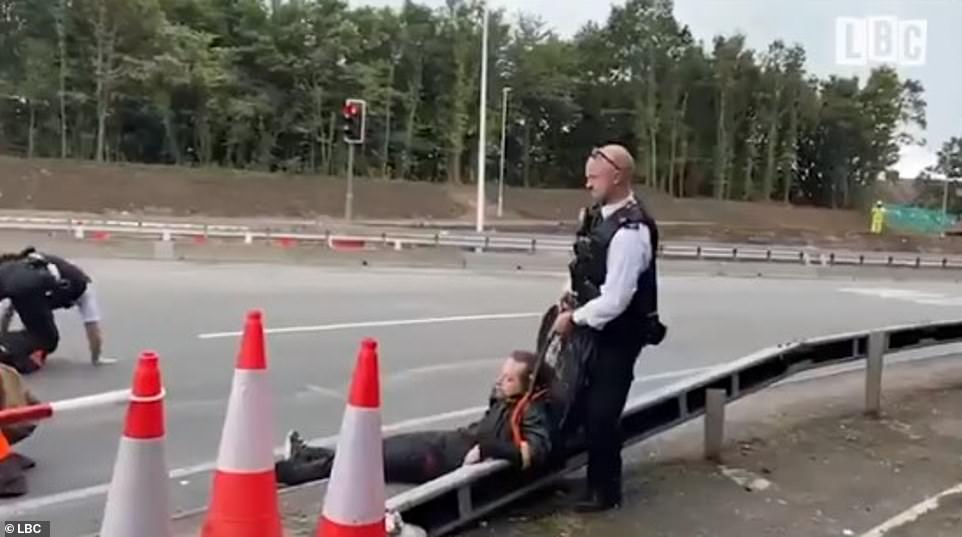 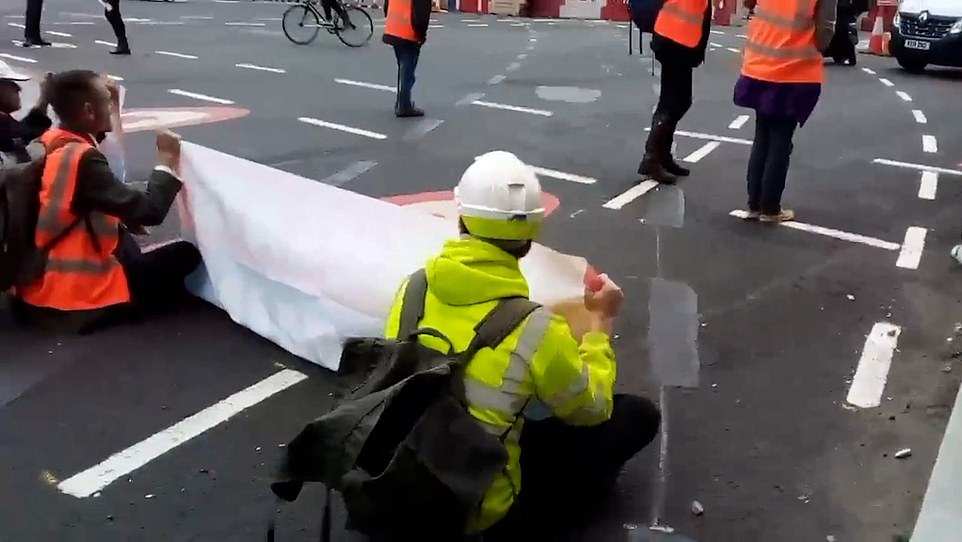 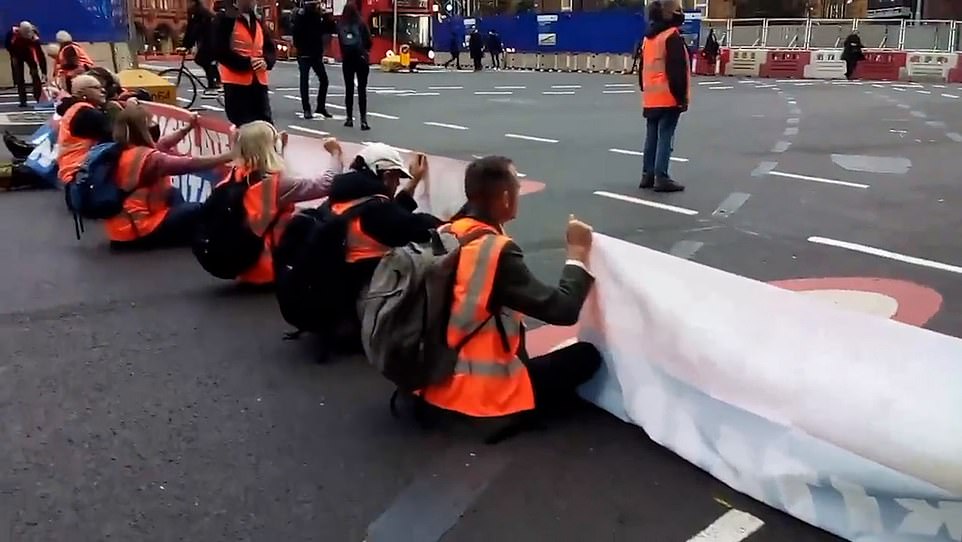 Protesters from the Extinction Rebellion offshoot have blocked major roads, including the M25, M1 and M4 over the past three weeks, and three bans have now been imposed, but demonstrations have continued.

The original order, given to National Highways on September 21, banned the demonstrations on the M25 and was followed by another approved on September 24, limiting protests around Dover Harbor.

A third ban was given on Saturday, banning them from preventing traffic and access to motorways and major A roads in and around London – but that has not stopped the protests that once again created chaos yesterday.

The group, which calls on the government to isolate all homes in the UK by 2030 to help reduce CO2 emissions, has mostly focused on blocking the M25, but has since last Friday set out on other roads in London. 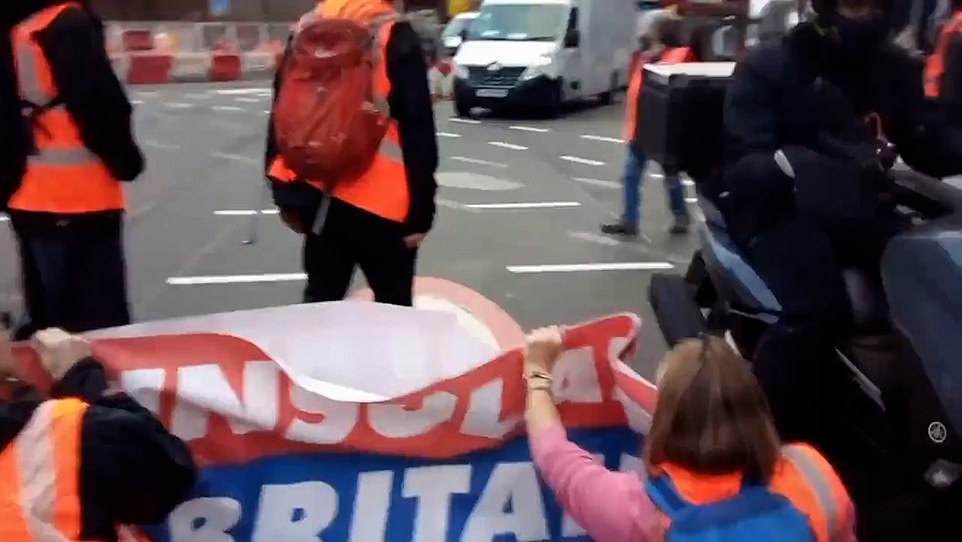 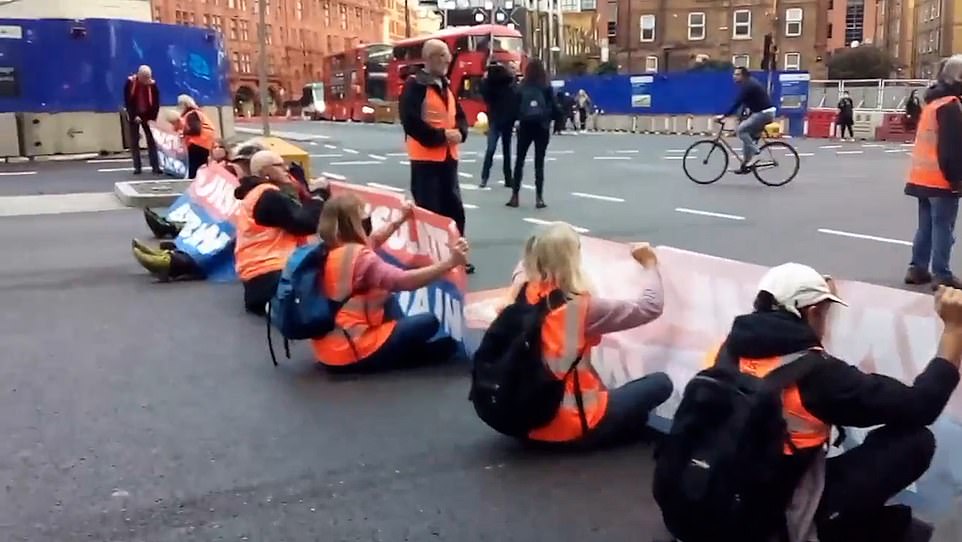 Isolate Britain defended action, saying ‘This is not a cause, this is about the death of our children’

They have yet to conduct any road protests today, but their roadblock campaign created new misery yesterday as activists targeted three major sites at the Blackwall Tunnel, Wandsworth Bridge and Hanger Lane.

At the Conservative Party’s conference, the Prime Minister said that the protesters in Insulate Britain had ‘done significant damage to the economy’.

His comments came ahead of Interior Minister Priti Patel’s speech in which she laid out new measures to deal with protesters who are considered to be disruptive.

Boris Johnson told LBC: ‘There are some people who call these people legitimate protesters.

‘They are not. I think it’s irresponsible crusts that are basically trying to stop people from doing their daily work and doing significant damage to the economy.

‘That is why we have seized power, and that is why Priti Patel is doing the right thing by imposing powers so that they can have six months or an unlimited fine.’

The interior minister announced plans for eco-fanatics to be hit by a new type of Asbo in a new attempt to end their chaotic road protests.

The ordinances on the prevention of criminal interruptions – called ‘Asbos for crusties’ – are intended to be faster enforced than the government’s current approach, which has been based on orders from the High Court.

It will be made a crime to ‘interfere in critical national infrastructure’, including major roads, railways, ports, power plants and newspaper presses.

The new crime will result in up to six months in prison and will only be dealt with in magistrates’ courts – after sympathetic juries acquitted a number of XR activists in the Crown courts.

It will give police new opportunities when they arrest perpetrators who block highways or elsewhere and make the protesters more likely to face jail time.

A Conservative source said police ‘now would have no excuse’ for not arresting and charging Insulate Britain troublemakers.

Woman was pulled over by police officer, not impersonator: BC RCMP – Okanagan

Perception of crime on the rise across major Canadian, US cities, though not always reflected by statistics