By Eliza Mcphee for the Daily Mail Australia


Twenty entrances along a giant wall around Bali’s famous Kuta beach will be covered with bricks in bids to prevent visitors from getting through without passing a Covid checkpoint.

The two meter high sandstone wall around the beach has 28 entrances, but only eight will be kept open as daily beach boundaries are enforced for locals and tourists.

Those wishing to visit the famous sandy beaches of Kuta should check in via a QR scan code at one of the main gates, which also shows their vaccination status – with only jabbed allowed.

Photos shared by locals and expats show that some of the entrances have already been clogged this week with reports that a total of 20 will close permanently.

It is understood that a ceiling of 8,000 visitors will only be allowed on the beach at one time with gates to close when the maximum capacity is reached. 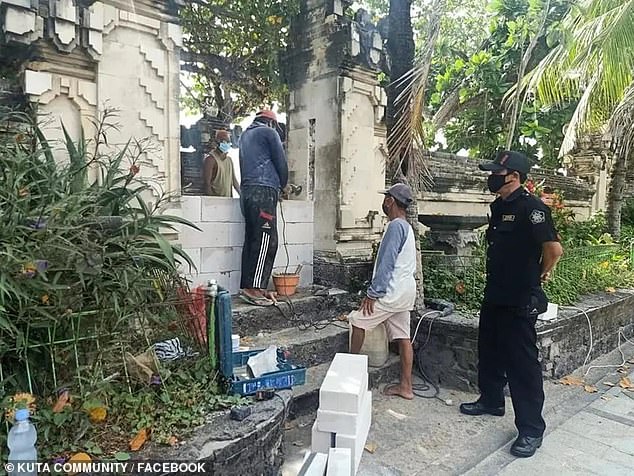 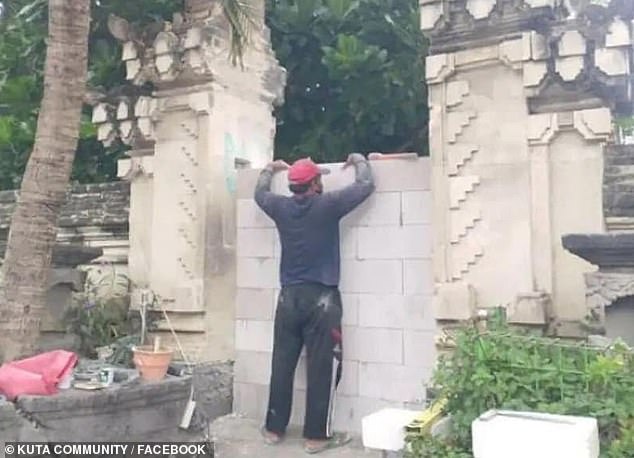 The decision to cover the wall around Kuta has angered many on the Indonesian island, including local vendors who lived off stalls and markets around the 28 entrances.

Many have protested the move, prompting Kuta official I Wayan Wasista to defend the Covid checkpoints.

‘I have previously explained that this policy was not intended to reduce the income of local sellers, as the distance between each entry point is only 100 meters. I also often faced a dilemma about closing the gates or keeping them open, he said on Monday, Bali Sun reported.

‘We are being monitored by the government, so the only way to keep tourism activity going is to implement this policy.’

Locals have slammed the idea on the community’s Facebook groups, criticizing the government’s decision to ‘control’ residents.

‘They completely killed the local business that sold food, drinks or rented surfboards and surf lessons at these closed gates. So ‘good’ idea !!! said one. 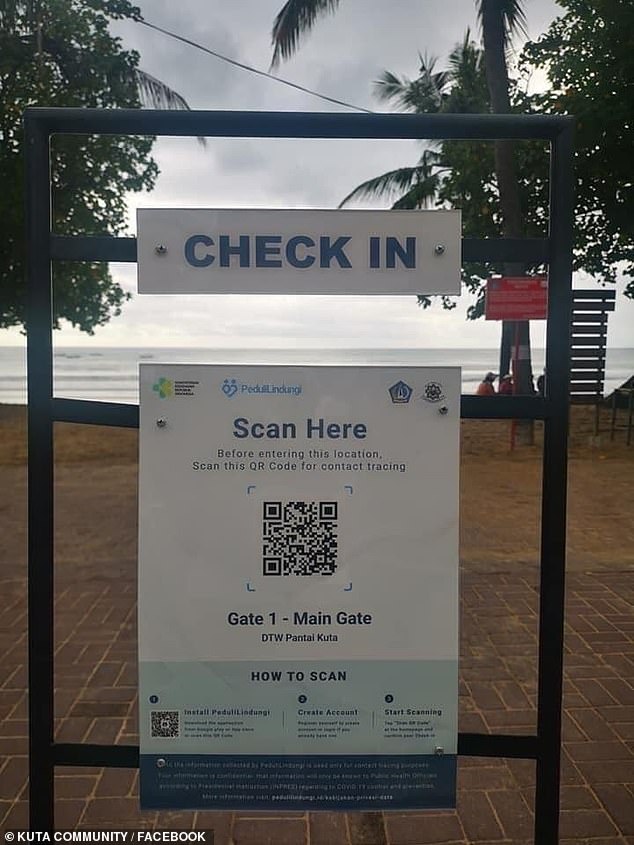 Visitors to Kuta must check in via a QR code, which also shows their vaccination status 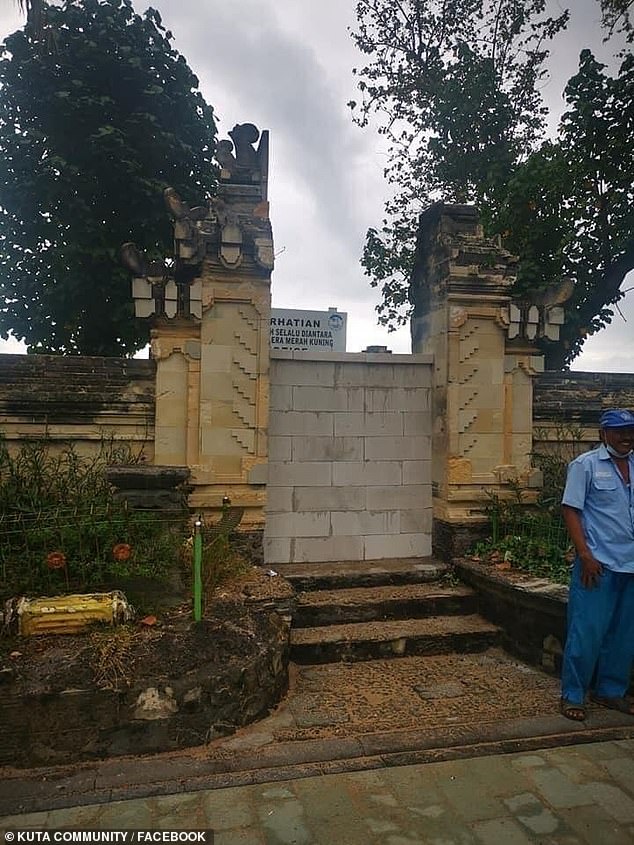 ‘What a joke. All about control, ‘commented another.

Some said they would now avoid Kuta beach, while an expat has claimed that the check-in app only accepts IDs for Indonesian citizens or people with certain visas.

‘So there is probably no point in coming to Bali in the first place!’.

The wall around Kuta was first built in 2011 to stop sand from flying into nearby businesses.

The amount of people in Bali who have received both jabs is now reportedly 80 percent as the number of Covid-19 cases continues to decline. 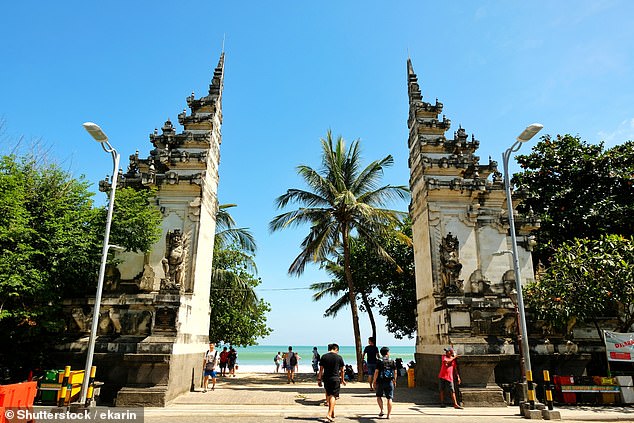 The Indonesian island revealed this week that it would allow travelers from some countries from October 14 – but the Aussies would have to wait.

China, New Zealand, South Korea, the United Arab Emirates and Japan have all been added to the list, but strict vaccination and quarantine procedures will be introduced.

Tourists entering the country must be fully grown, test negative before arrival and must show proof of accommodation for a minimum of eight days stay in a quarantined hotel. 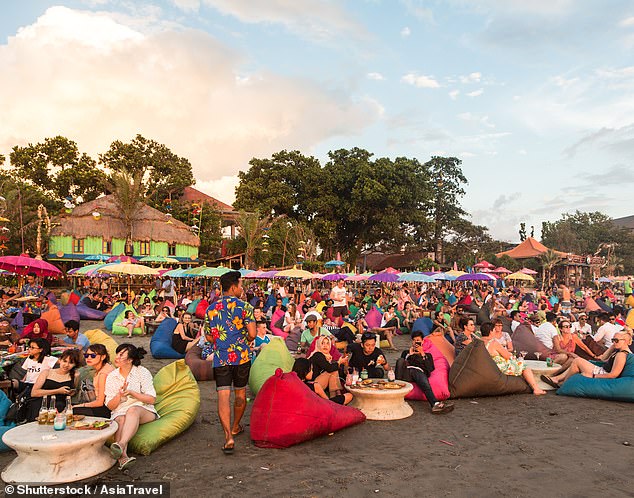 Despite the uncertainty, there is hope for long COVID patients