Did you grieve that Google Reader was dead? Well, Google is starting to roll out an RSS reader replacement in the latest stable version of the Chrome browser for Android.

The experimental feature is called Follow, and it clicks on the existing RSS format to display the latest articles from sites you’d like to read.

Google first introduced the feature in May through a beta-like Chrome Canary release. But on Friday, the company began adding Follow to the browser’s stable release, according to engineering director Adrienne Porter Felt. (The day before, Google updated Chrome to version 94.0.4606.80.)

“As of today, we are experimenting on Chrome-stable with a following feature,” Porter Felt said in one tweet. “You can select sites you want to follow and their RSS feeds will appear on Chrome’s new tab page.” 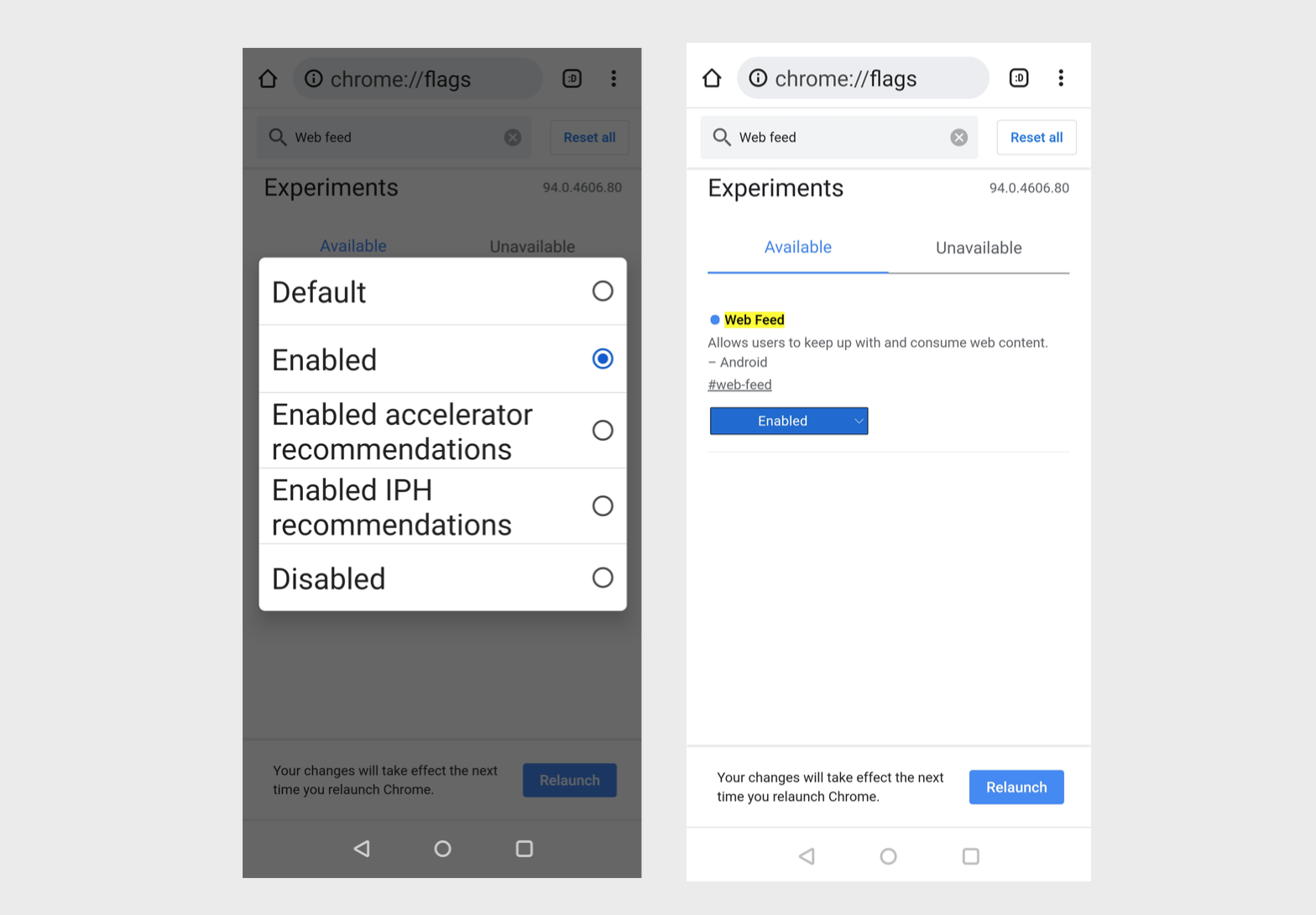 The feature is already enabled for a percentage of users, she added. Otherwise, you will need to dig into Chrome’s settings to enable it. Type “chrome: // flag” in the address bar to access experimental features, then search for web feeds and tap assets.

Once enabled, you can start following sites that have an RSS feed. To follow a site, visit the destination in Chrome and then tap the three-dot button in the upper right corner of the browser. A drop-down menu will then appear, which should show you a button called “+ Follow”.

When you click Follow, you can start seeing the latest articles from the site when you open a new tab. A subsection called “Following” should appear that indexes all the articles. The same “+ Follow” button in the three-dot panel also allows you to follow a site.

According to Porter Felt, an iOS version of Follow is on the way. “Let me know what you think- this project is close and dear to my heart and I really want to make it great,” she added in a follow-up tweet. A desktop version is also planned, but “a little further out,” Porter Felt said.