His comments came after Brexit minister Lord Frost set a November deadline for a solution to the protocol, warning the EU that Britain ‘can not wait forever’ for border controls to improve.

He said there would be a ‘decision point’ at the beginning of next month where it would be clear whether it was possible for the two sides to agree on a solution to address the ongoing disruption of trade within the UK. .

London has threatened to unilaterally suspend the agreement if Brussels does not agree to scrap the protocol and replace it – something the EU refuses to consider.

Sullivan told the BBC: ‘The US Government, as President Biden said in the Oval Office with Prime Minister Johnson, strongly supports the Good Friday Agreement, believes it should be protected, believes that peace and stability in Northern Ireland should be protected. ‘ 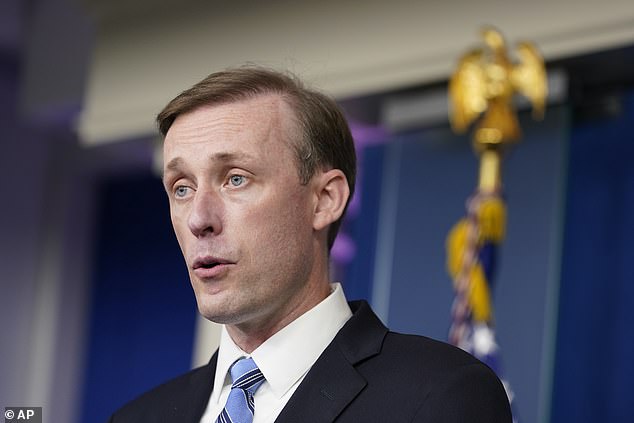 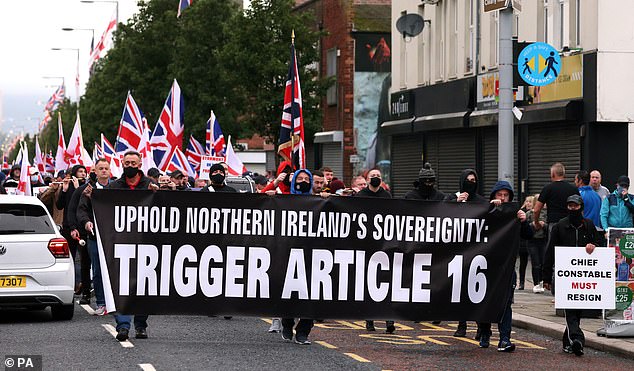 ‘The Northern Ireland Protocol was agreed between the EU and the UK, and our view is that the two sides must work together in a constructive way to find an agreement and a way forward.

‘Without something like the Northern Ireland Protocol and with the possibility of the return of a hard border between the NI and the Republic of Ireland, we will have a serious risk to stability and to the sanctity of the Good Friday Agreement, and that is of significant concern to the United States. ‘

However, the government is likely to intercept his speech on the ‘something like’ protocol as a tacit suggestion that an appropriate alternative might be acceptable to the Biden administration.

The government has repeatedly threatened to trigger Article 16 of the protocol, which would allow Britain to unilaterally deviate from some of the rules.

However, such a move would trigger a furious reaction in Brussels and likely lead to a legal challenge.

The Protocol, agreed as part of the Brexit agreement, requires that goods traveling from the UK to Northern Ireland be checked in ports to avoid the return of a land border to the Republic.

But it has caused trade disruptions and angered trade unionists, who have called for the rules to be scrapped, claiming they create a barrier between Northern Ireland and the rest of Britain.

Britain will renegotiate the terms of the protocol, but the EU is only willing to make adjustments.

Lord Frost has now drawn up plans to permanently replace the protocol and tells Tory activists that he ‘will soon be sending a new set of legal texts to the EU’.

He said he believes the protocol now risks undermining the Good Friday agreement and the threshold for triggering Article 16 has been met.

He warned that “pilling around the edges” would not solve the fundamental problems of the protocol and called on the EU to be more “ambitious” in its approach so that an agreed solution can be found to the ongoing issues.

Shadow Northern Ireland Secretary Louise Haigh said: ‘Boris Johnson’s approach is doing real harm – it’s inflammation in the tension, while it does not resolve anything and damages our status with our closest partners.

‘Boris Johnson personally negotiated every dot and comma in the minutes. He should show some responsibility, drop the endless threats and reach the agreement that businesses and communities need. ‘