Man, 50, is pictured with a pair of handcuffs after he tried to kidnap a 14-year-old girl

Man, 50, is pictured with a pair of handcuffs after he ‘tried to kidnap a 14-year-old girl’ at a bus stop in London

By Bhvishya Patel to Mailonline


A man who allegedly tried to kidnap a 14-year-old girl after she approached her at a bus stop has been arrested by police.

Officers were called to High Road in Tottenham, North London around 4.45pm yesterday after the 50-year-old man approached the young girl, made inappropriate comments and invited her to go with him.

The teenage girl was able to run home where she called the police.

Pictures later showed the man with handcuffs standing at the bus stop after the attempted kidnapping.

The 50-year-old was arrested on suspicion of attempted kidnapping, possession of offensive weapons and failure to appear in court. 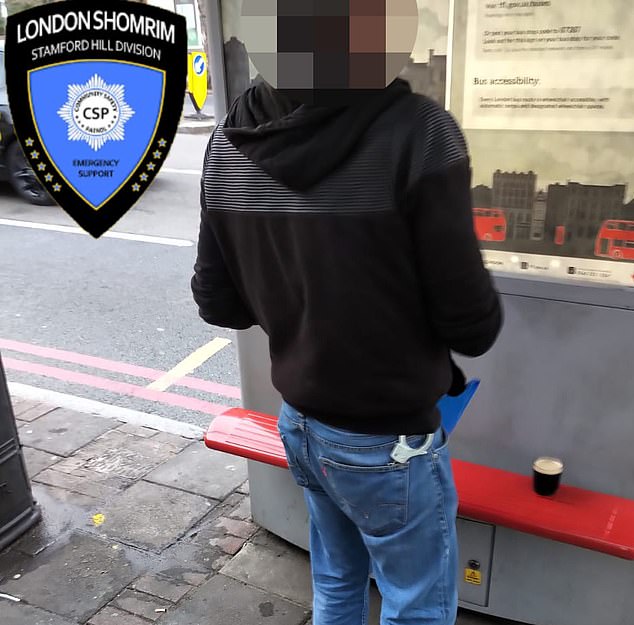 The 50-year-old man, who was pictured with a pair of handcuffs, tried to kidnap a 14-year-old girl after approaching her at a bus stop on High Road in Tottenham, North London

He is still in custody and an investigation is underway, Metropolitan Police said.

In a statement, police said: ‘Police called 16.43 hours to High Road, Tottenham, N15, after a man approached the teenage girl at the bus stop and made inappropriate comments / invited her to go with him.

‘She ran home and the police were called. She was very sad, but otherwise physically unharmed. ‘

Anyone with information please call 101 using the reference CAD 5537/7 October.

The incident comes just a month after an urgent police investigation was launched after a teenage girl was seen trying to escape from inside a black Mercedes at Plevna Crescent, Tottenham. 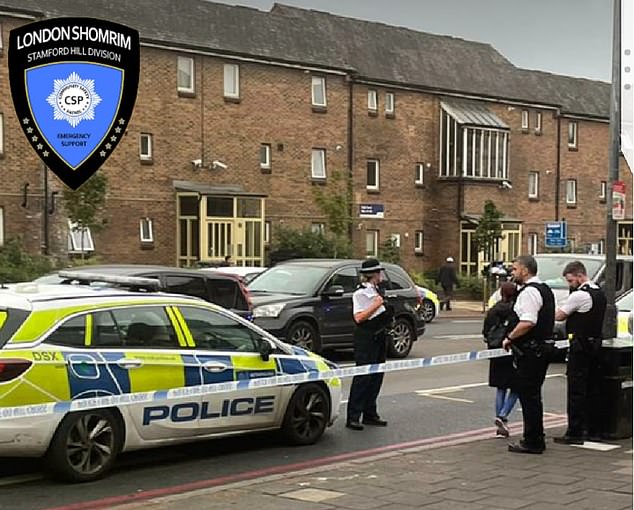 Police were called to High Road in Tottenham around 4.45pm yesterday after the man approached the young girl 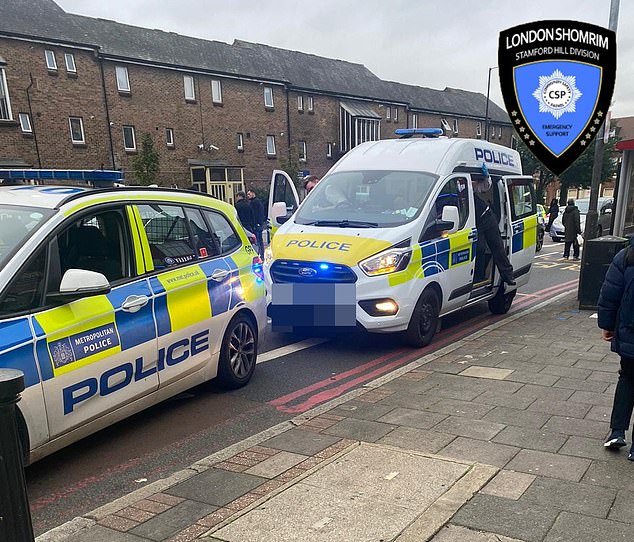 MPS Haringey said they arrested the man on suspicion of attempted kidnapping, possession of an offensive weapon and failure to appear in court. Pictured: Police officers on High Road in Tottenham, North London

Officers were called to the area after a member of the public reported seeing a young girl believed to be between 13-15 years old and screaming for help inside a vehicle on September 18.

The girl had tried to escape from the car through an open rear window when she was pulled back into the car, it was reported.

The man in the car then drove in the direction of St Ann’s Road before turning right onto Frinton Road.