‘I have time on my side’: Nicola Sturgeon is slapped for ‘cooling’ proposals that older Scots who support the Union will help deliver independence

By Michael Blackley Scottish political editor of The Daily Mail


Nicola Sturgeon has been accused of making ‘tasteless’ suggestions that older Scots who support the Union can help deliver independence.

The Prime Minister’s remarks yesterday were branded as ‘chilling’ after she said she had ‘time on my side’ because of the demographics in support of Scotland breaking out of Britain.

She also said the coronavirus pandemic is likely to have retreated sufficiently in the early spring to allow her to make ‘concrete decisions’ about the timing of an independence vote.

The comments on demographics reflect similar remarks last year from Angus Robertson, now the SNP’s constitutional minister, when he said that 55,000 predominantly independence-supporting 16-year-olds join the electorate each year, while 55,000 predominantly unsupported older voters pass away. 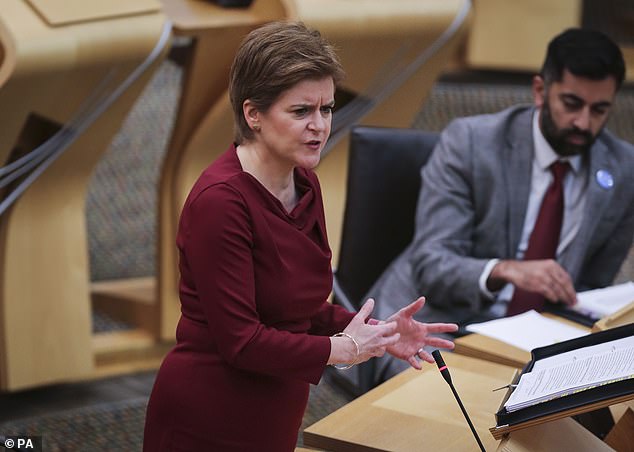 ‘I have democracy on my side … if they think it’s about playing a waiting game, I’ll probably have time on my side too.

‘You’re looking at the demographics in support of independence – yes, I’m not sure it’s going to get you out of this riddle.’

‘It seems that Nicola Sturgeon is suggesting that the independence movement will benefit from the passing of older people.

‘These comments are deeply offensive and she should immediately apologize for them.’ 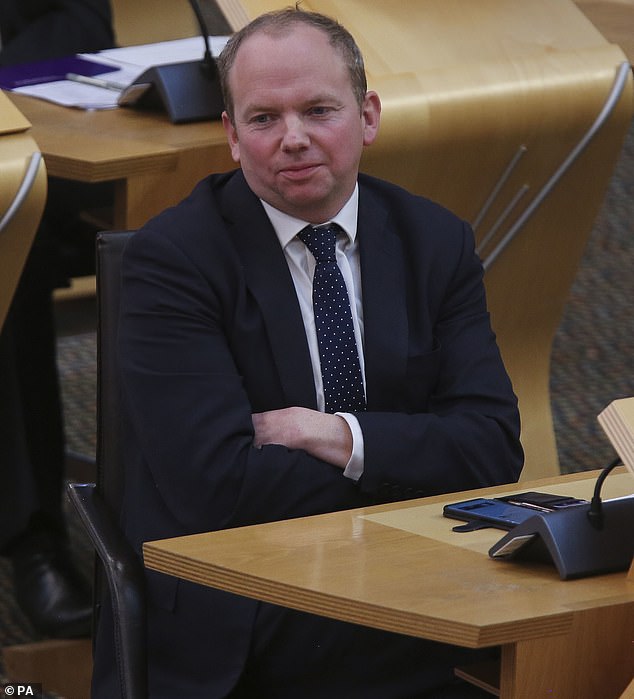 Pamela Nash, Scotland’s chief executive of the Union’s campaign group, added: ‘Nicola Sturgeon’s interview shows how completely obsessed she is with constitutional division rather than focusing on her government’s mistakes.

‘And though she is less sluggish, she also comes up with the same distasteful argument that her colleagues have repeatedly put forward about waiting for older Scots to die in the hope that this will provide separation.

‘The reality is that our younger generation is more interconnected than ever and wants solutions for the future that will tackle challenges such as climate change, not tiring old constitutional arguments of the past.’

The Prime Minister’s official spokesman yesterday could not provide an alternative explanation for what the comments meant.

Asked whether the comments were a reference to the fact that support for independence is higher among younger than older people, he said: ‘Well, that is a well-established fact, it is certainly a vote that it is.’

‘We can sit here all afternoon if you like – I will not add to the Prime Minister’s comments.’

In her government program last month, Miss Sturgeon argued that a referendum should be able to continue in the first half of this term before the end of 2023.

In the FT interview published yesterday, she signaled that she could set a specific proposed date in early spring.

She said: ‘As we come out of this winter into the spring – with, I hope, much more certainty that the Covid situation is a little more in hindsight – we are starting to make more concrete decisions around all of this. ‘

A Scottish Conservative spokesman said: ‘The last thing Scotland needs right now is another divisive referendum. All our focus should be on recovering from Covid. ‘