A family park in the Vancouver area has received an extreme makeover for a new film production.

Fletcher Park in Maple Ridge has what some might call an NSFW makeover that will definitely turn some heads and maybe force some parents to shield their children’s eyes.

Daily Hive dug a bit and found out that the film actually features Seth Rogen as one of the producers on this rated-R movie.

According to IMDB, the film focuses on four Asian-American women looking for one of their mothers.

This Maple Ridge Park is probably not a place you would take your kids with if it looked like it did today. 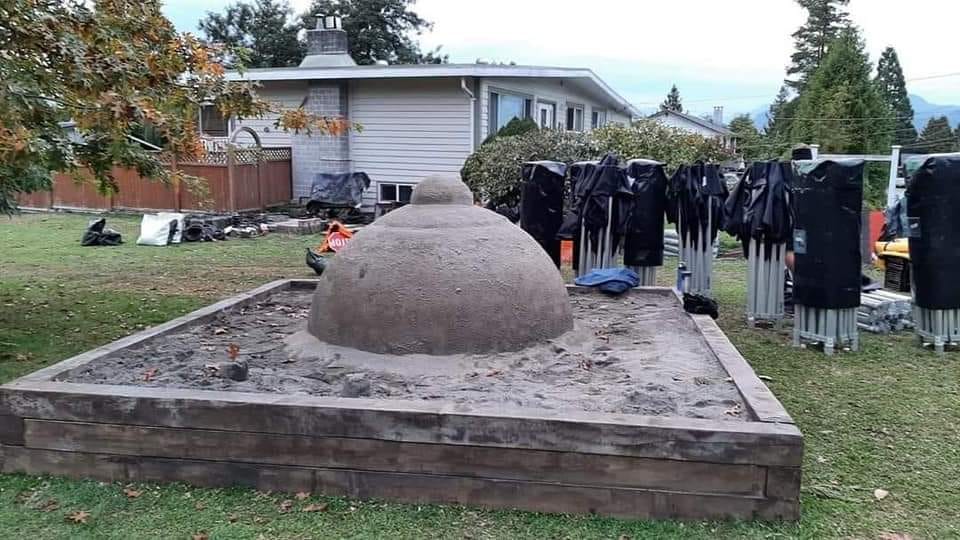 Pictures of the obscene production set made waves on social media Thursday afternoon, and it feels like there is no better time to use the phrase, “a picture is worth a thousand words.”

This child’s slide in Maple Ridge is for the R-rated comedy JFC about 4 Asian-American women looking for one of their birth mothers all the wrong places. Seth Rogen is one of the producers. https://t.co/9z96DxCx9o

The film will be the directorial debut for Adele Lim, who worked on the script for the hit film Crazy rich Asians. 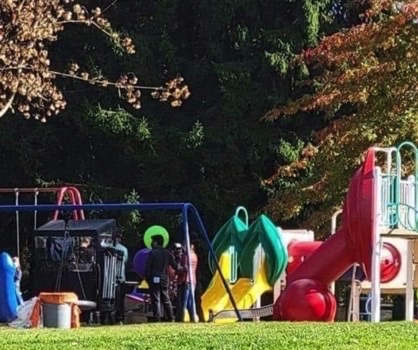 Lionsgate Comedy is the main studio behind the project, which currently does not have a title. 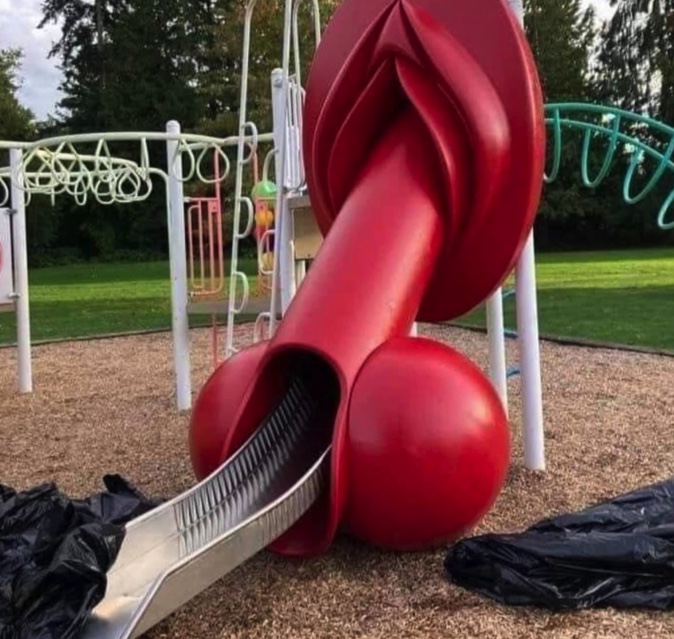 Would you go down that slide?

A spokesman for the City of Maple Ridge told the Daily Hive that production was wrapped up on Tuesday.

Productions seem to be rising around Hollywood North, as J.Lo was also recently spotted filming his new Netflix movie, The mother.