Furious Irish nationalists Sinn Fein have demanded that Dublin snub an event to mark the 100th anniversary of Northern Ireland in which the Queen will attend.

The Republic plans to send its Secretary of State Simon Coveney to the service in Armagh later this month, which will also be attended by trade unionists and moderate Republicans.

It marks the 100th anniversary of the creation of the province, which remained part of the United Kingdom when the rest of Ireland gained home rule and became the Irish Free State.

But Sinn Fein reacted angrily to the decision to send Mr Coveney and did not send a representative to the event.

Last month, Irish President Michael D Higgins created controversy when he said he would not attend the worship service in Armagh because he believed it was not politically neutral. 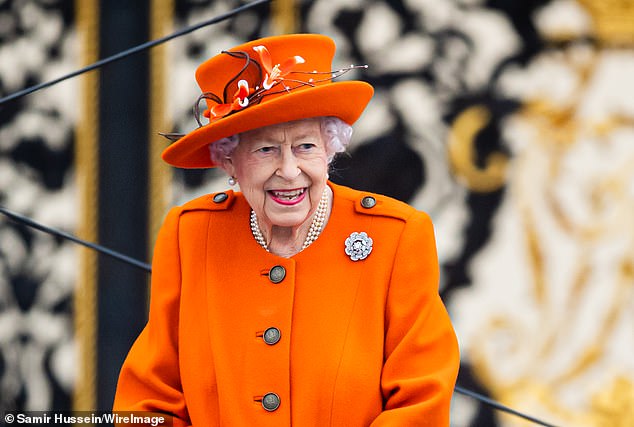 The worship service that the Queen is expected to attend has been organized by the four main churches in Northern Ireland. 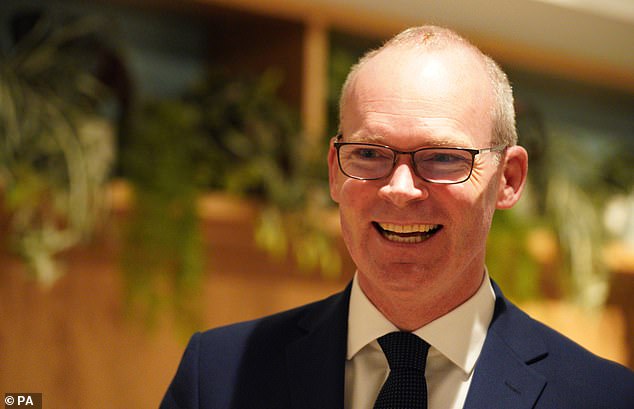 The Republic plans to send its Secretary of State Simon Coveney to the service in Armagh later this month, and will also include trade unionists and moderate Republicans. 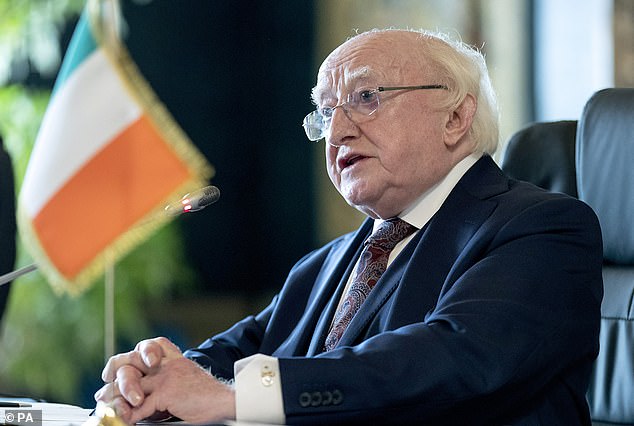 Last month, Irish President Michael D Higgins created controversy when he said he would not attend because he believed it was not politically neutral

‘I think we all know the sensitivities around the turn of the century and that these things need to be handled sensitively.

‘But when it comes to the issue of partition, it’s a disaster. It fails people.

‘It’s actually very topical and it affects people’s lives here today and has been detrimental to the relationship on this island and across these islands. So I think that’s wrong. ‘

Yesterday, Pearse Doherty, representing Sinn Fein in Dail, told the Irish Times: ‘There are many ways we can forward reconciliation issues across the island of Ireland.

‘Sinn Féin has been a party to them, including various events, including meeting Queen Elizabeth in the past.

‘But this is not about reconciliation. This is about commemorating the partition, an act that had a devastating impact on our country. ‘

The worship service that the Queen is expected to attend has been organized by the four main churches in Northern Ireland.

A statement from the Irish government said it would send Mr Coveney and the government’s chief whip Jack Chambers.

However, it also said it gave ‘full support’ to the president’s decision not to attend.

The statement said: ‘The government has today considered the invitation it received from the Church Leadership Group for the reflection service and the hope that the group is organizing in Armagh later this month.

‘In considering the invitation, the Government noted that its role in this matter is clearly different from that of the President. 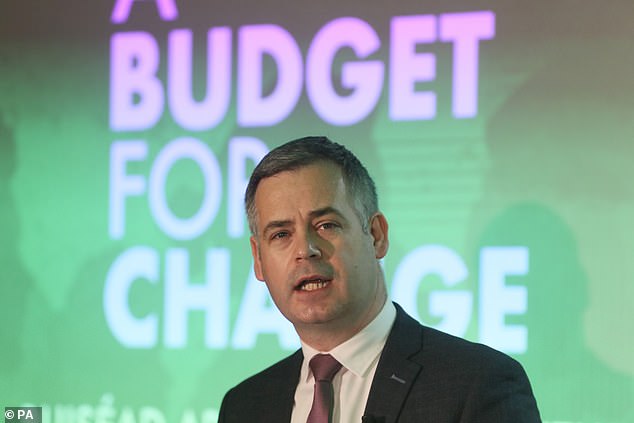 Pearse Doherty, representing Sinn Fein in Dail, told the Irish Times: ‘This is about commemorating the partition, an act that had a devastating impact on our country’

In this regard, the Government reiterates its full support and understanding for President Higgins’ decision on his participation in the event.

‘This decision was quite rightly taken by the President and was based on concerns which he had consistently expressed.

‘As is well known in this important distinction and in recognition also of the spirit of the church leaders and the intentions of organizing the event, the Government has decided that it will be represented at the event by the Secretary of State and by the Chief Whip of the Government. ‘

Colum Eastwood, leader of the nationalist SDLP, has also said that his party will attend the service because he believed it would help ‘break down barriers’.

He said: ‘Attending a service in Armagh, the ecclesiastical capital of Ireland, to mark the centenary of division, does not diminish anyone’s Irish nationalism.

‘However, I hope it will help break down the barriers of mistrust that have existed between our societies.’

Foyle -MP added: ‘The decision we have made was not motivated by the company or the churches. This is about stretching ourselves to heal the wounds at partitions.

‘It’s about reaching beyond ourselves and reaching out to people from a different tradition, many of whom are considering a new future for our island for the first time. 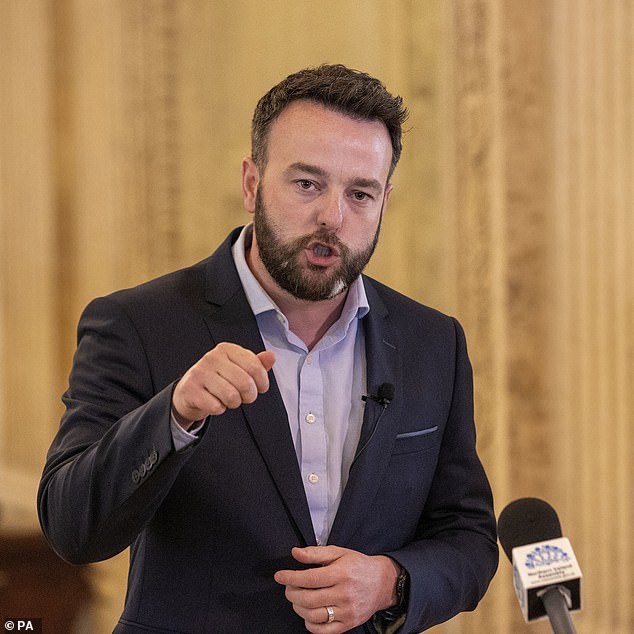 Colum Eastwood, leader of the nationalist SDLP, has also said his party will attend the service because he believed it would help ‘break down barriers’

‘My job as a leader of nationalism is to talk to them, hear their concerns and convince them that change is possible.

‘I understand that this will be a challenging decision for some and others have come to a different decision. But it was not difficult for me.

‘Given the choice between staying in the trenches for the last 100 years or reaching out to build a new future, I know which side I want to be on.’

Unionists in Northern Ireland were strongly critical of President Higgins’ decision not to participate in the service across the community.

Higgins said he declined his invitation because he felt it was not politically neutral and because he had concerns about the title of the event.

The leaders of the Church of Ireland, Catholic, Presbyterian and Methodist churches said the service was to ‘examine the possibility of deepening the work of reconciliation in a context of respectful dialogue’.