Lane Cove Council on Sydney’s North Shore has announced it will install what it says will be Australia’s first ‘environmentally sensitive’ artificial turf football pitch at the Bob Campbell Oval in the suburb of Greenwich.

The project proposes that the synthetic field be constructed without performance filling of microplastic.

The Council advises that artificial turf plays a crucial role in meeting the high demand and use of football pitches in the city of Sydney.

Pam Palmer, Mayor of Lane Cove Council, explained that a synthetic surface can be played intensively and extensively in all weather conditions, “this is an important step forward in environmental performance and I am delighted that Lane Cove Council will launch an Australian first.

“If our efforts enable a faster application of this new technology, then it is a win-win for the environment and society.”

The Northern Suburbs Football Association’s CEO, Ed Ferguson, welcomes the installation and notes that “we are delighted to hear news of the installation of a synthetic field at the Bob Campbell Oval. Local football has grown by 1,200 players in 2021 and now stands at 18,100 participants in the NSFA region, which places more emphasis on our current facilities.

“The Bob Campbell Oval development will increase the capacity of the sports field, which means that more players can safely participate for several hours each week, not to mention the benefit to users in the local community for their informal activities.

“The field will provide a suitable home for the Greenwich Sports Club, which has the largest female player representation in the area at 50%. Ahead of the FIFA Women’s World Cup in a little over two years, we expect this trend to continue, which means that Greenwich can continue to be a home for women’s football participation ”. 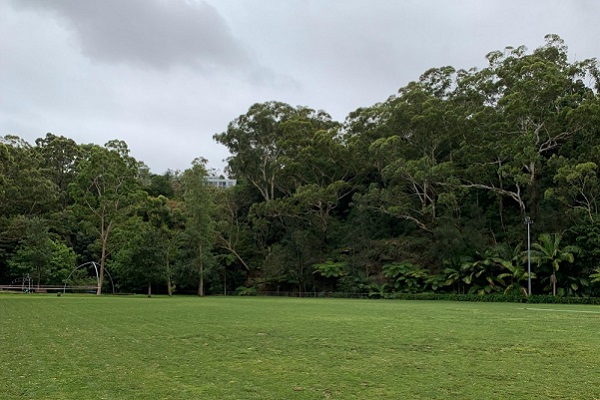 “Infrastructure developments such as the Bob Campbell Oval not only enable growth in the game, but they also enable a broader societal development. Ensuring that local communities have adequate spaces where people can actively and safely practice sports and recreation can provide improved social, health, educational and cultural outcomes for all ”.

The proposed synthetic surface is a fully woven product made from a polymer family (polyolefin). The woven construction results in the grass fibers and backing structure being produced as a combined product, with superior tuft lock and filament bonding to traditionally tufted grass. This will significantly reduce the likelihood of lost fibers migrating into the environment.

The redevelopment of the Bob Campbell Oval will include a synthetic football pitch, passive recreation improvements, a fitness track, an upgraded playground, a barbecue picnic area and a recreational building that creates a stunning piece of local infrastructure for the community to enjoy.

The development has not been entirely welcome with a group of residents who are against the proposal.

The Greenwich Community Association (GCA) sees that the development will mean the loss of the only significant piece of green open space in Greenwich for active and passive recreation, dog running off the leash and an abundance of family-friendly activities performed better on grass than a synthetic field .

Earlier in the year, campaigns by community groups protesting the installation of synthetic grass in sports grounds led NSW for planning and public spaces to get Rob Stokes to investigate his department’s sustainable alternatives to synthetic grass.

This study is believed to be ongoing with no results yet released.

The bottom image shows Bob Campbell Oval before the installation of the proposed artificial turf pitch.

February 11, 2021 – City of Sydney invests in five synthetic sports courts for long-term use

April 16, 2015 – New guide on delivery and use of synthetic sports surface

April 21, 2015 – AFL report says Etihad Stadium artificial turf is not to blame for the damage

Asking for a small favor
We hope you enjoy the news we publish so that while you are here we can ask for your support?

The news we publish on www.ausleisure.com.au is independent, credible (we hope) and free for you to access, with no payment walls and no annoying pop-up ads.