The city of Sydney is pushing ahead with plans to halve the size of the Moore Park Golf Course to unlock more public open spaces and urges the NSW Government’s new parks ‘super agency’ to adopt proposals to reduce.

Sydney Mayor Clover Moore wants to cut the course to the east from 18 holes to nine to meet a growing need for open space for residents and argues that the land was intended for public use.

As reported by Sydney Morning Herald, the council has unveiled two plans for how half of the course cut down with former golf course plots to be converted to about 20 acres of parkland.

Lord Mayor Moore will outline the possibilities in a mayoral minute on Monday night at the City Council meeting in Sydney.

The two options for reconfiguring part of the course retained the driving range, clubhouse and maintenance depot and require, according to Lord Mayor Moore, “only minimal reconfiguration of the fairway and greens”.

One option is to locate the park area north of Dacey Avenue on the west side of the course, while the other suggests transforming the area south of Dacey Avenue. Each would create 18 to 20 acres of parkland.

Lord Mayor Moore has presented the plans to NSW’s Minister of Planning and Public Spaces Rob Stokes, who requested the newly created Greater Sydney Parklands Trust, which oversees Centennial Park and Moore Park, to consider them. 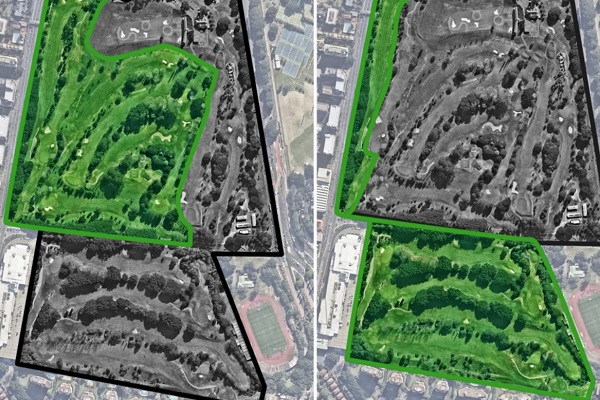 In his mayoral term, Lord Mayor Moore says the demand for more public parks has been driven by changes in the course’s surroundings, with housing development replacing shards of mainly industrial areas.

Lord Mayor Moore further explains “the area of ​​Redfern, Waterloo and Green Square … is becoming the most densely populated residential area in Australia with an expected residential population of up to 70,000 people and 22,000 workers by 2031.

Lord Mayor Moore suggests that participation in golf declined and that golfers were “well-groomed”, with 12 courses – six of which are accessible to the public – located within 12 miles of Moore Park.

She added “today, 31 million people visit Centennial Parklands, while only 60,000 rounds of golf are played at Moore Park Golf Course each year.”

The council will spend $ 50,000 on a municipal consultation plan for the proposal if the minutes are adopted.

The NSW Department of Planning has said that Moore Park was the country’s third most used public golf course and that there was strong local support to maintain its length during consultation on the Moore Park Master Plan in 2017.

Councils in densely populated metropolitan areas across Australia are considering possible recycling of golf course land as public open space, a situation exaggerated by Corona restrictions has sent more residents outside and their demand for more public spaces in densely populated parts of the cities.

April 22, 2020 – Golf Australia is ‘encouraged’ to see golf being played with minimal risk

June 9, 2019 – Brisbane’s Victoria Park Golf Course is to be transformed into a new inner city park

Asking for a small favor
We hope you enjoy the news we publish so that while you are here we can ask for your support?

The news we publish on www.ausleisure.com.au is independent, credible (we hope) and free for you to access, with no payment walls and no annoying pop-up ads.