Liaqat Babai and his family can breathe a sigh of relief after officially becoming Australian nationals this week.

“We are Australians … and no one can take that from us,” Babai said.

After fleeing the war in Afghanistan, Babai and his family lived as refugees in Pakistan for more than a decade before arriving in Australia in 2015.

They settled in western Sydney, but adapting to life in a new country proved challenging.

“I was overwhelmed in the first year because everything was so new and so different from what I was used to,” Babai said.

Mr Babai and his family are among 450 people who became citizens at a ceremony hosted by Cumberland City Council in Granville this week.

“Many people waited many years to become citizens, in some cases over a decade,” said Steve Christou, council mayor.

“There was a relief that they have the protection and freedoms that Australian citizenship gives them.”

At the end of June, the council will welcome 1,000 new Australian citizens from more than 40 different nationalities – a record number for the area.

Cr Christou said the COVID-19 pandemic had created a backlog of people waiting to take the pledge of citizenship.

“During the pandemic, we limited the number of people who could participate in person, so now we have followed up completely,” he said.

“With international border closures, it is more important now than ever for our residents to have security for their citizenship status.

“We want to welcome them to Australia and make them contribute positively to our community.”

Can you pass Australia’s citizenship test? 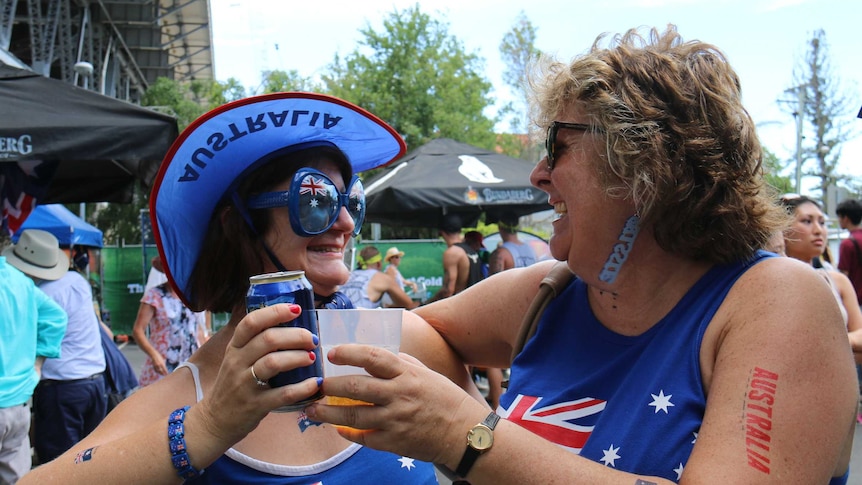 The citizenship test is getting harder, but can you pass the current one? Here is a selection of the issues migrants are currently facing.

For Mr Babai, a heavy burden has been lifted from his shoulders.

Before becoming a citizen, college students said he was worried he would not be able to pay the tuition fees required for his vocational education.

“When I applied for HECS, I got rejected and I had to pay it in advance … I had to use all my savings,” he said.

“I can apply for HECS now … it’s a privilege not to have to worry about my tuition fees.”

The 45-year-old and his family were among hundreds of people who took the pledge to officially become Australian citizens this week.

After arriving in Australia from Pakistan in 2016, Mr Rizvi and his family settled in Merrylands in western Sydney.

“The security situation in Pakistan was very bad, especially for people belonging to a particular religious sect,” Rizvi said.

“I belong to a Shia community, and there were some targeted killings going on.

“I felt my life was in danger.”

Rizvi said the receipt of his citizenship certificate was an emotional moment.

“I feel like I belong here now,” he said.

“I do not think my life is threatened in Australia, it is much safer here.

“I have secured the future of my children.”

Vancouver cop once hailed a hero now charged with assault