A cross in Toronto has become a hot zone full of dangerous encounters for cyclists, motorists and pedestrians alike.

Many members of society say that they feel insecure when crossing a certain turn, at the crossroads between Bloor Street West and Christie Street, right in front Baskin Robbins.

In December 2020, Kay Lambert rode his bike west next to Baskin Robbins toward Christie Pits Park. 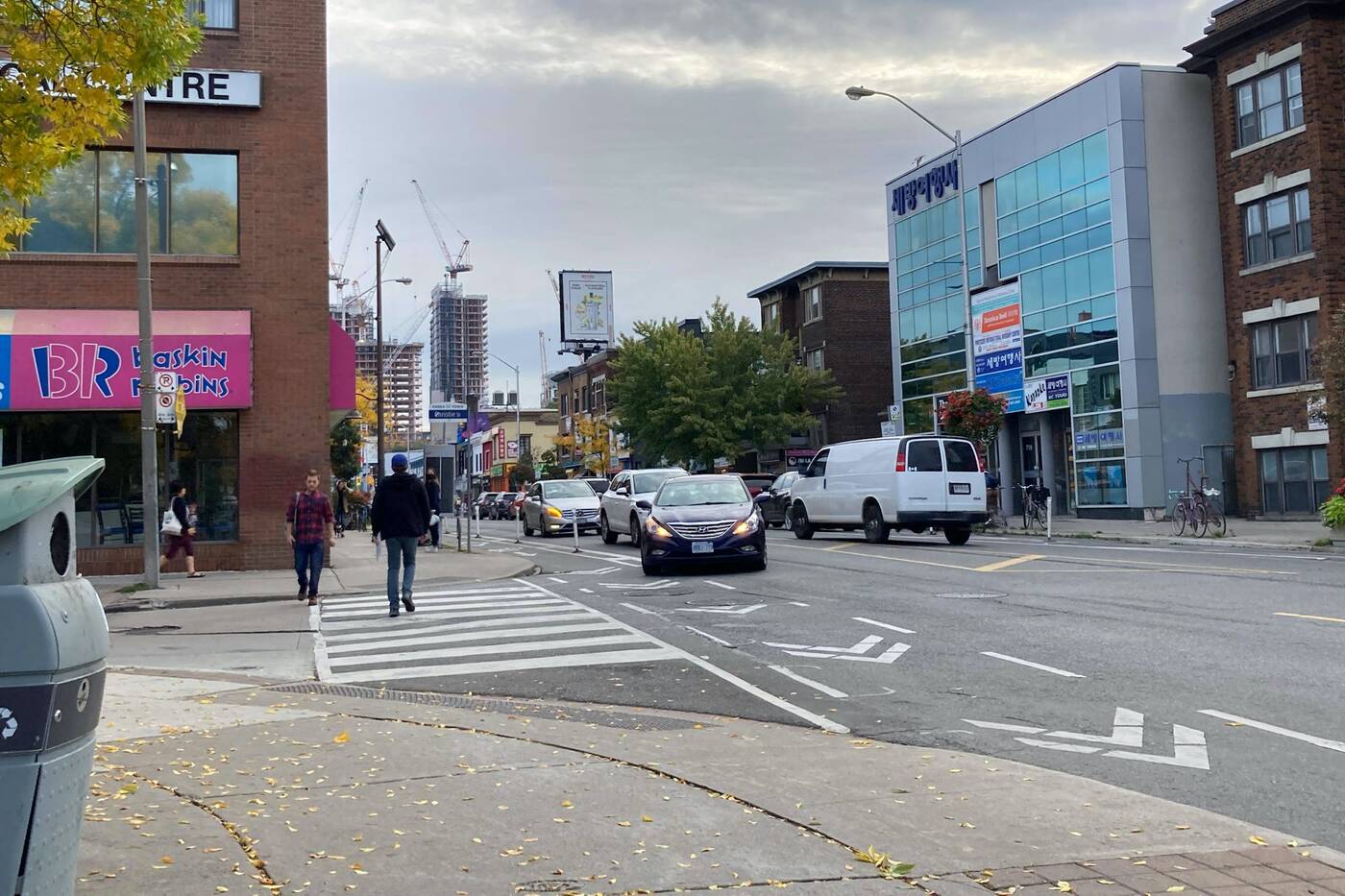 A driver who took a right turn at the spot where Lambert was hit in December 2020. Photo by: Breanna Xavier-Carter

Lambert says that as she was cycling forward, a driver started turning right at the same time. She rang the bell, but the two collided and she was hit by the side of the car.

“Ironically, I was driving back from a ghost trip for the girl who was killed on Dufferin,” Lambert said.

Alex Amaro, 23, died last year, not far from where Lambert was hit, after she was hit by incoming traffic near Dufferin Street and Sylvan Avenue.

Here’s what makes the trip to Bloor and Christie so problematic: 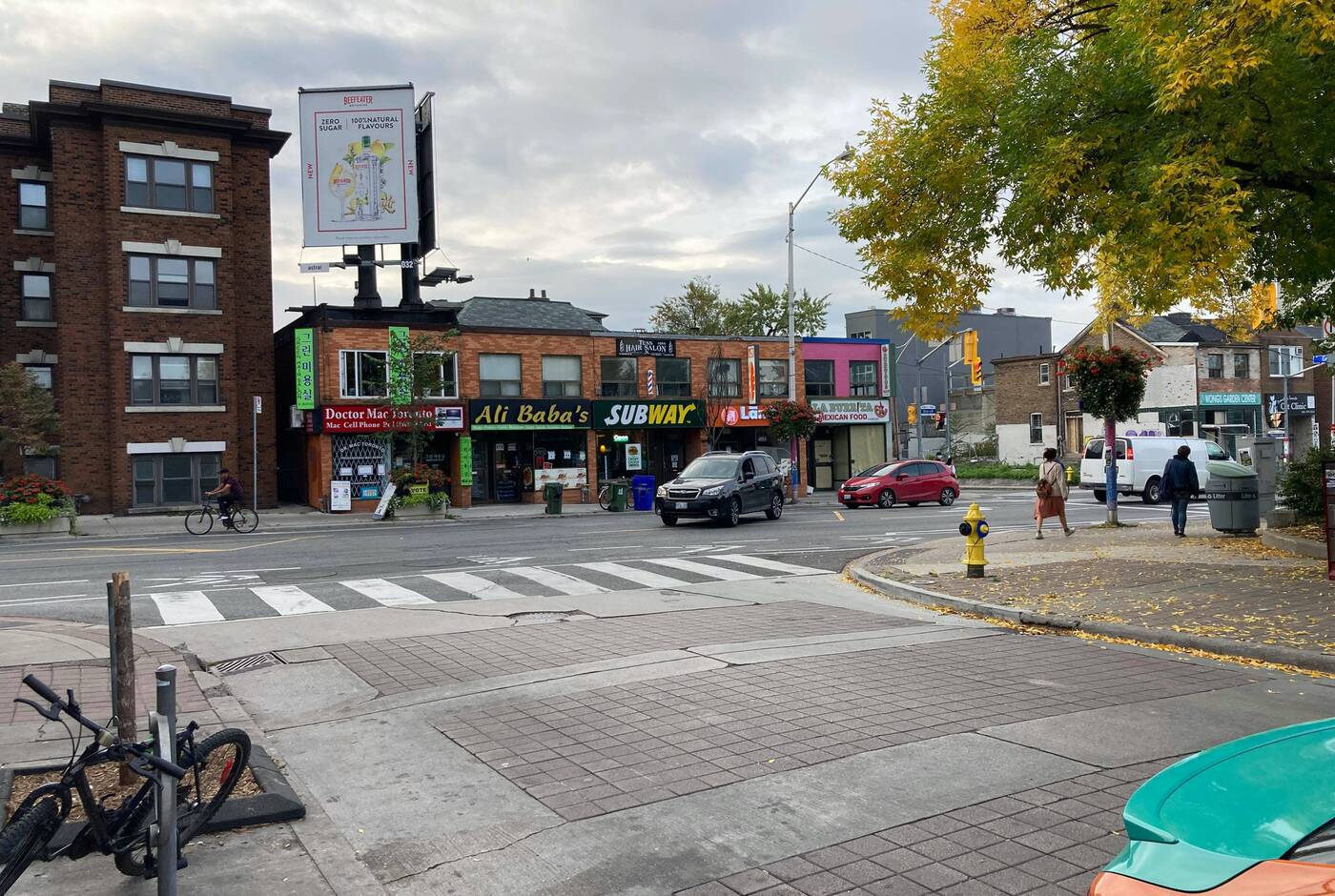 Cars can turn both left and right into the intersection next to Baskin Robbins, who is sitting on the left side of this photo. Photo by: Breanna Xavier-Carter

Drivers have the option of turning from both the right and left sides of the intersection to drive north on Christie. 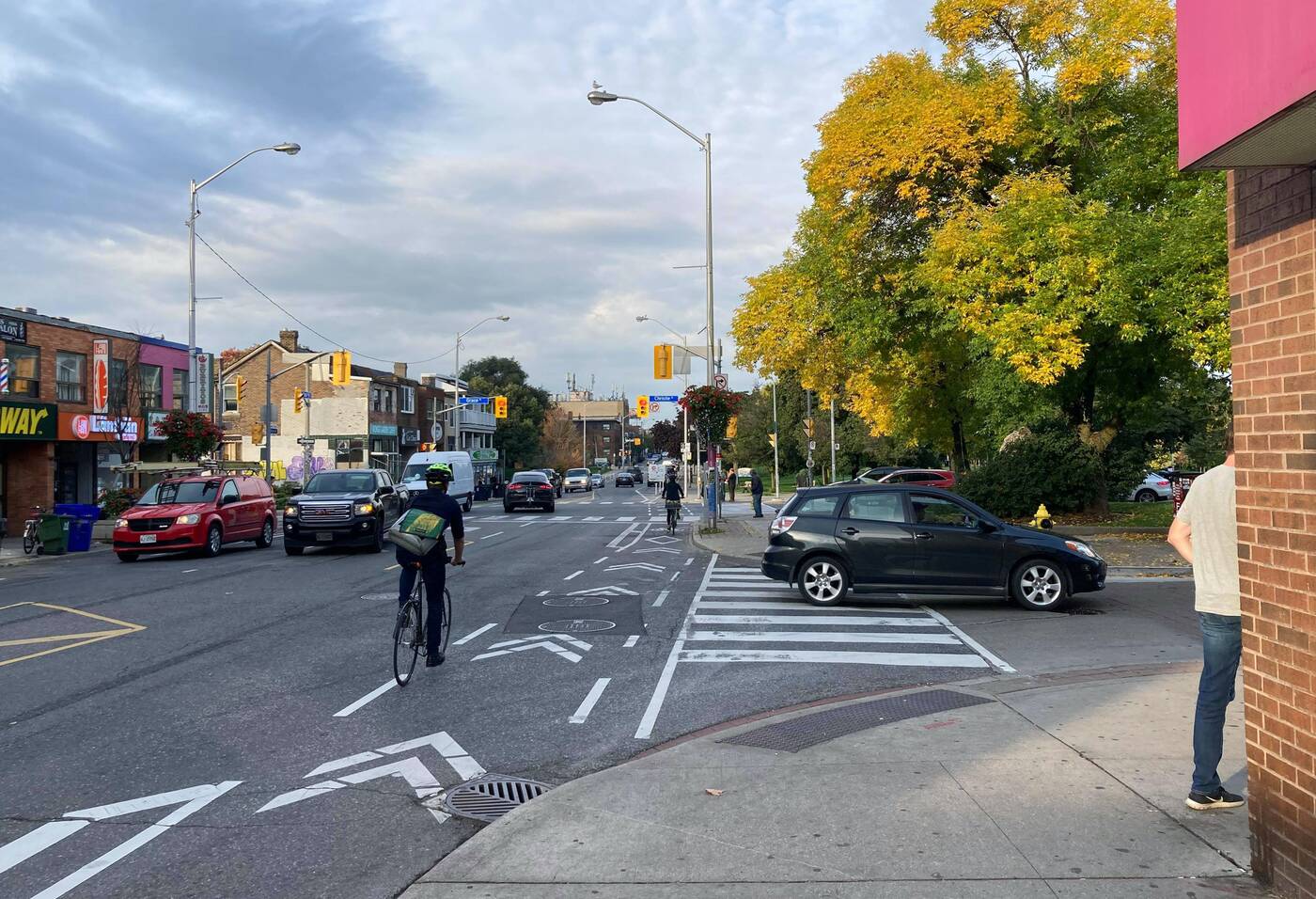 A cyclist drives forward on Bloor as a black truck approaches the intersection to turn left. Photo by: Breanna Xavier-Carter

At the same time, cyclists are able to cycle forward on the Bloor or turn right, despite the color of the light in front of them.

Most collisions happen here because cyclists cycle forward while motorists turn. Either that, or they both turn right at the same time without making room for one to go in front of the other. 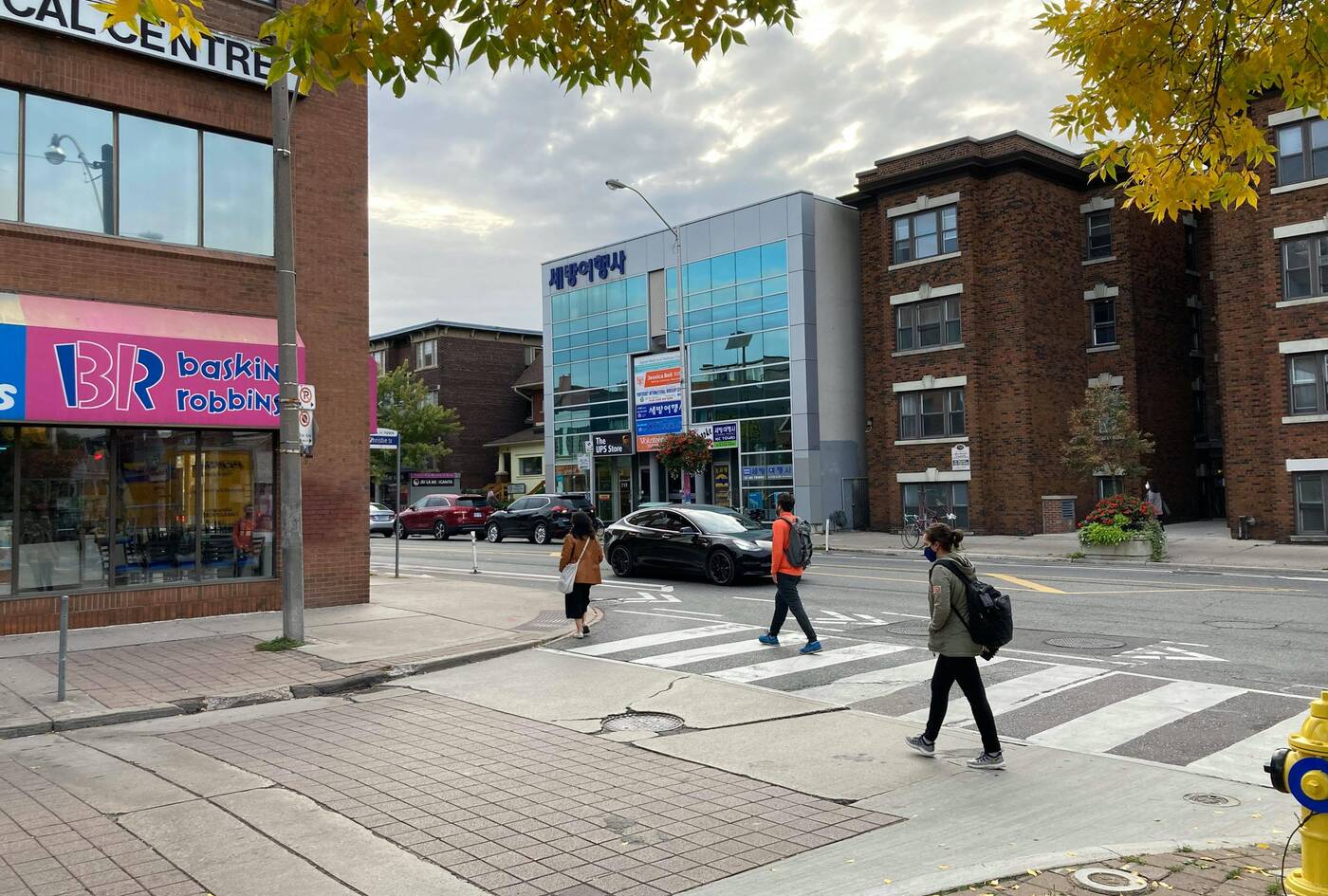 A pair of pedestrians walking across the intersection at Bloor and Christie. Photo by: Breanna Xavier-Carter

Then there is the addition of pedestrians who want to walk across the intersection, with no pedestrian lights to guide them. 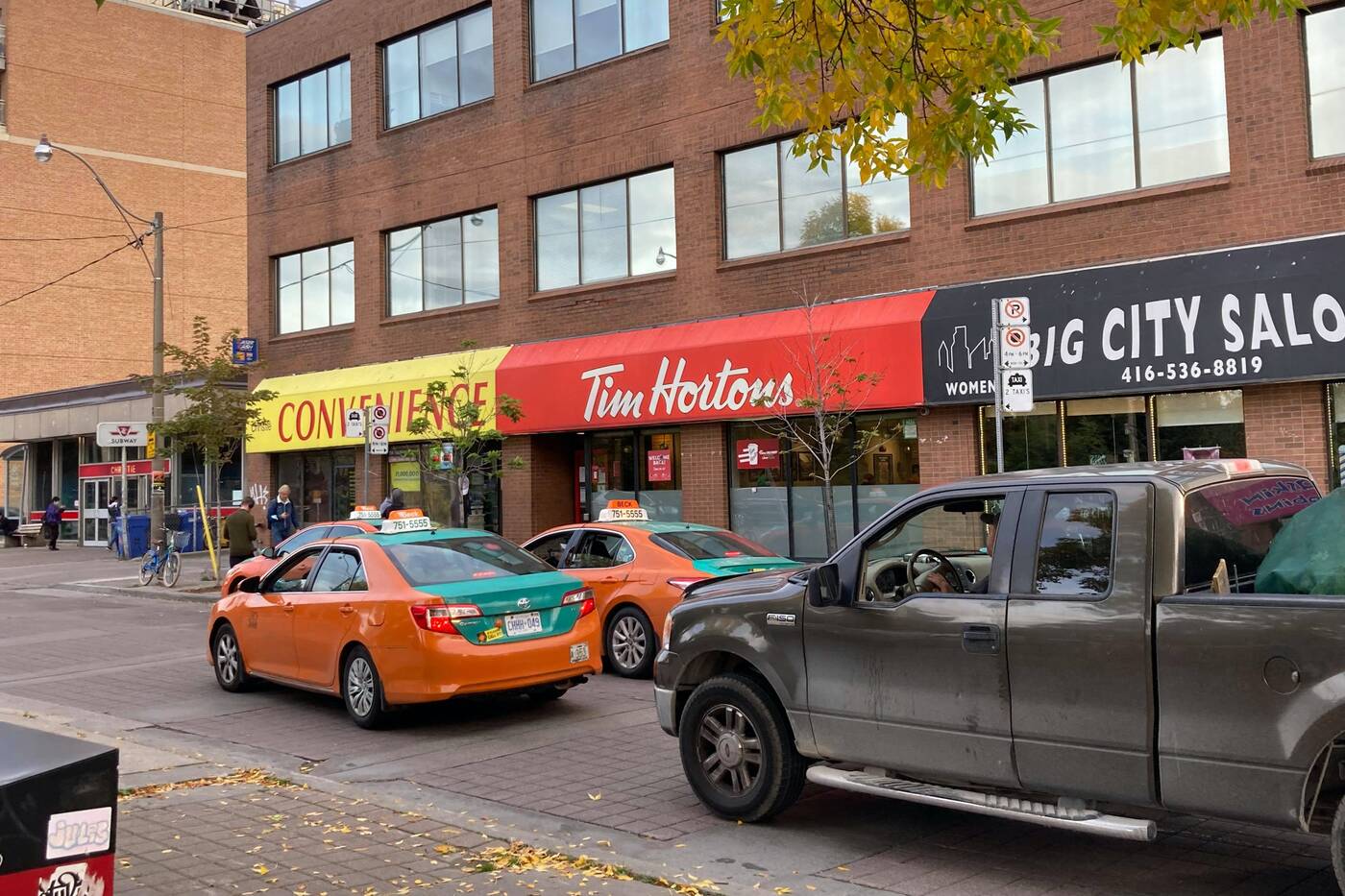 A driver honks their horn at a group of taxis in traffic jams on Christie Street. Photo by: Breanna Xavier-Carter

In addition, a number of cabs are always parked outside in front of Baskin Robbins, causing little room for anyone facing Christie.

Overall, a lot is happening at this very small turn, which often leads to hooting, some shouting and general congestion with TTC buses pulling in at Christie Station, which is steps away from Baskin Robbins.

Lambert is not the only one who has experienced being hit at the intersection.

Sarah Margolius told blogTO that in June 2019, she witnessed a young man being hit by his bicycle after he was hit by a van.

Margolius says the van was driving at high speeds and turned right onto Christie, hitting the cyclist at exactly the same spot where Lambert was hit. After they crashed, the van did not stop and continued driving north. 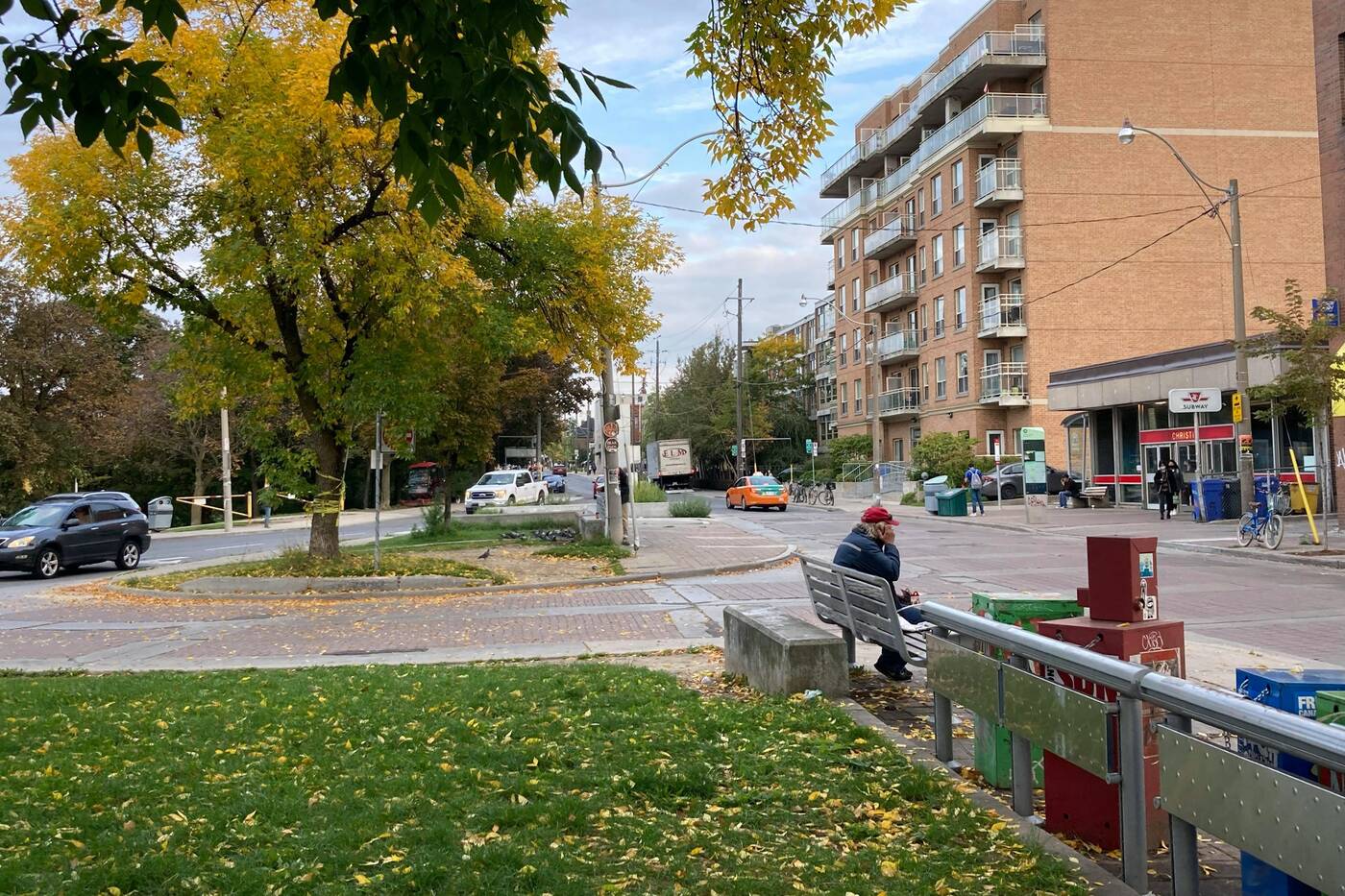 Heading north on Christie Street, where the van drove on after hitting the young cyclist. Photo by: Breanna Xavier-Carter

“He [the cyclist] just stood on his feet and shouted to the returning van, he started jumping towards it, I could see that one of the bicycle wheels was very damaged, “said Margolius.

It is not only cyclists who have paid the price at this intersection.

Last week, Paul Barron ran a run in the area and began crossing the intersection west toward Christie Pits Park.

Suddenly, a driver started turning left at the same time. They were very close to hitting Barron, but he moved quickly out of the way, preventing them from colliding.

“It was so close I could see the passenger’s gaze of anger,” Barron said. “They knew it was wrong to turn so close in front of me, but they just couldn’t wait any longer,” he added. 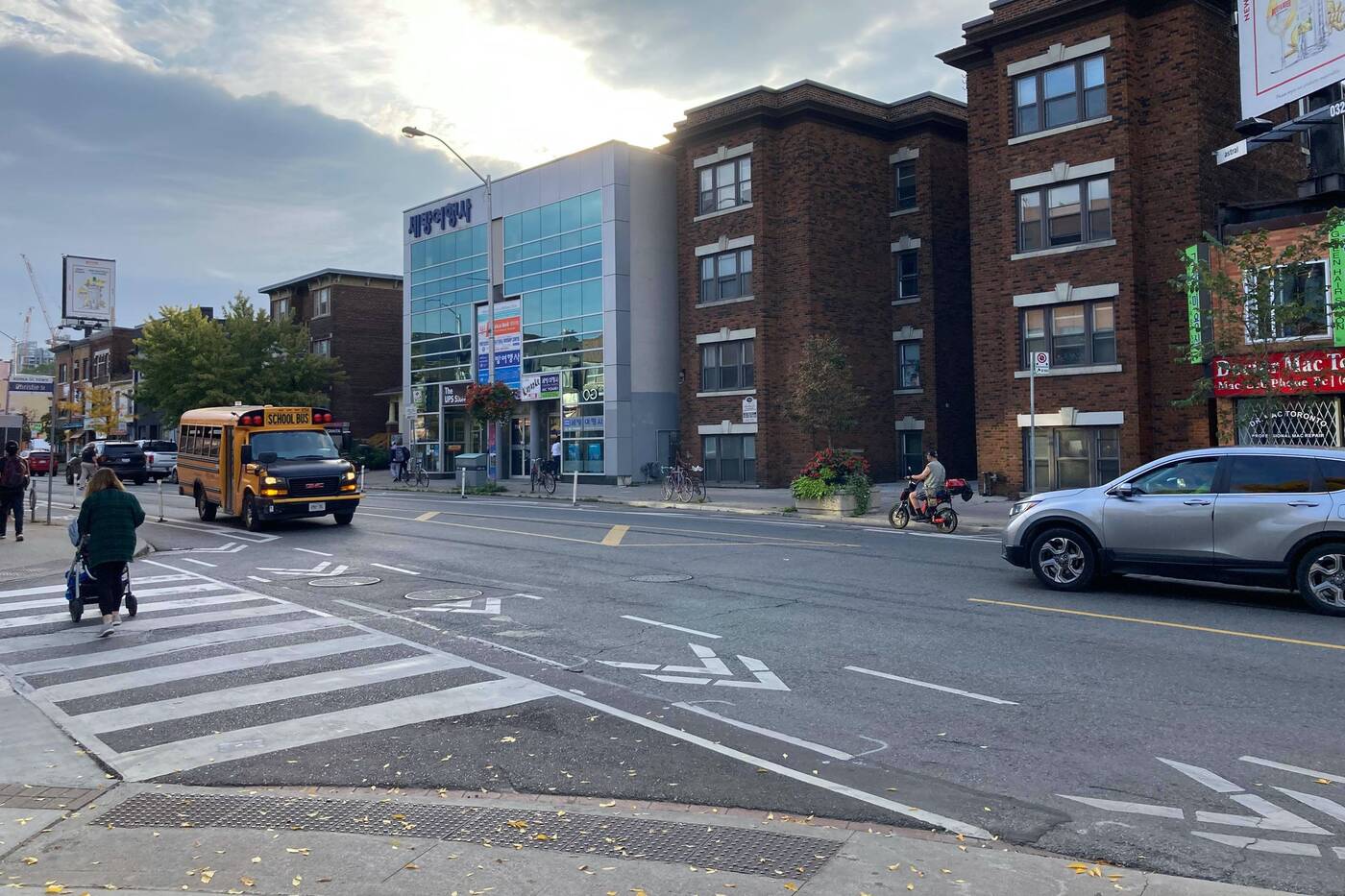 A view facing Bloor Street West where it meets at Christie. Photo by: Breanna Xavier-Carter

City Councilman Mike Layton says he has not heard much feedback about the specific turn, but he admits it is an awkward place.

“There may be a temporary solution in ensuring that sight lines are better at the intersection,” Layton said.

blogTO asked Layton if installing a convex mirror can help improve sight lines, but he says the city does not use them because they tend not to last.

“There may be an option to reconfigure the intersection if we’re talking about moving the island, but it’s there to help the TTC turn, otherwise Christie’s going to be a huge wide street,” Layton said.

Right now, Layton says he is willing to ask city staff to see what possible solutions there may be to make the Bloor and Christie intersection safer.