The Scarborough Tube will extend TTC line 2 east into Scarborough with three underground stations and replace the aforementioned Scarborough RT and its six stations.

While most of Toronto’s transit lines were designed with two tunnels, the eastbound and westbound tracks of the Scarborough extension will run both through a single tunnel 10.7 meters in diameter.

In short, it is a huge tunnel, about as tall and wide as a telephone pole, with ample space to run two subway paths. And building such a massive tunnel requires an equally huge tunnel boring machine or TBM.

Such a machine destined for Toronto is currently being tested by the manufacturer Herrenknecht, half a world away in Schwanau, Germany, a small town along the Rhine, a stone’s throw from France.

Metrolinx shared a post in early September with photos of the huge machine being assembled. Their latest update reveals a pre-assembled monster of a machine, embossed with a red maple leaf on the cutting head that will forge the line’s path under the streets of Scarborough. 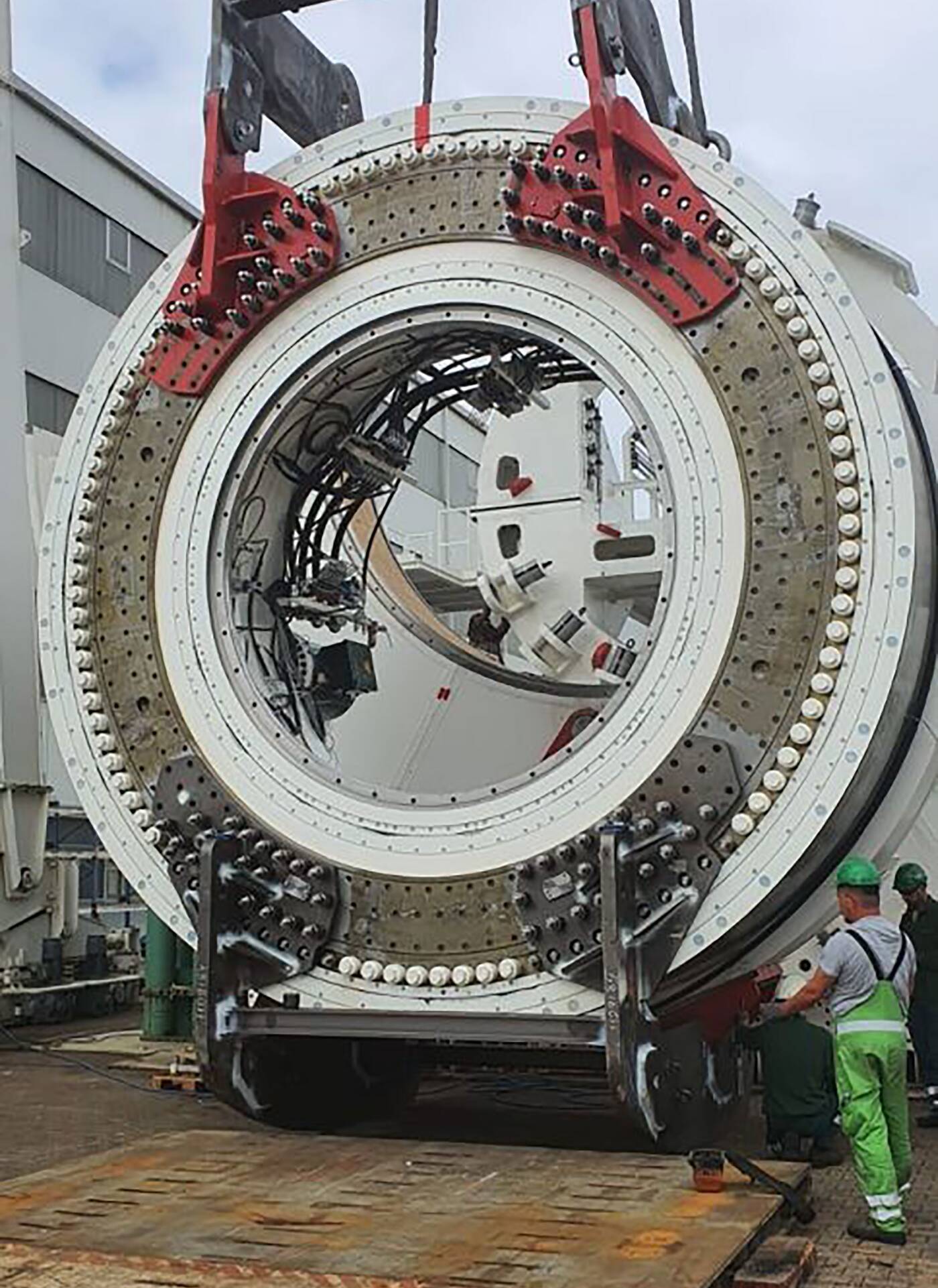 Display of TBM during assembly in Germany. Photo of Herrenknecht via Metrolinx.

When the test is completed, this titan will be separated to begin its long crossing of the Atlantic by boat, which is expected to arrive in Canada early next year, before the final stage of its journey to Toronto by truck.

Metrolinx is preparing for the arrival of TBM in a few major ways. This includes a competition to name the machine to be launched this fall, and the actual preparation of a launch shaft where TBM will begin its mission.

Crews are now getting their feet dirty on the corner of Sheppard Avenue and McCowan Road, working on a giant pit that TBM will eventually be sunk into, measuring 80 feet long, 30 feet wide and 25 feet deep. 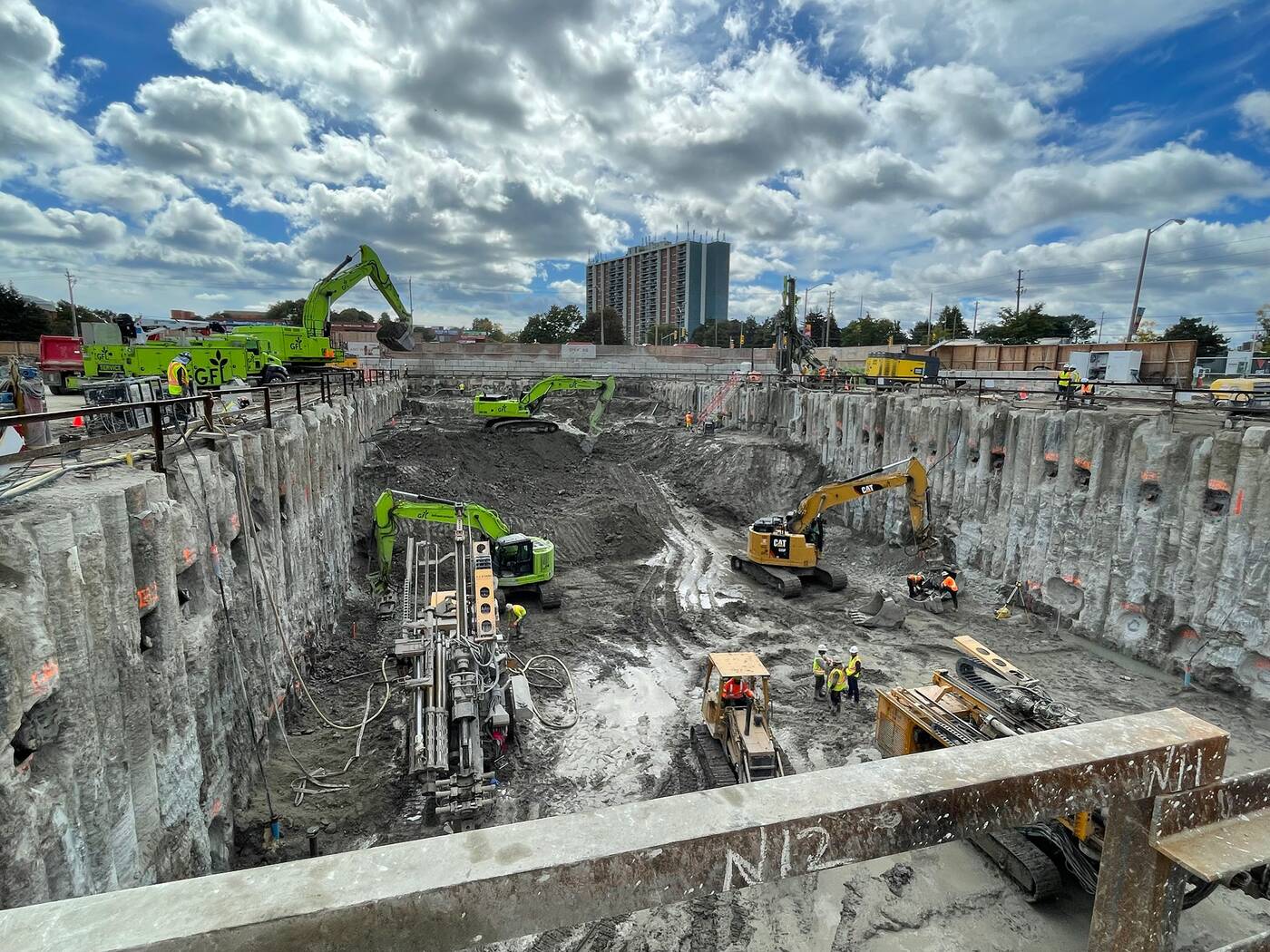 TBM’s launch shaft is excavated at the corner of Sheppard Avenue and McCowan Road. Photo via Metrolinx.

When the colossal machine is lowered into the ground next spring, it will begin digging the line at a speed of about 10 feet per day. 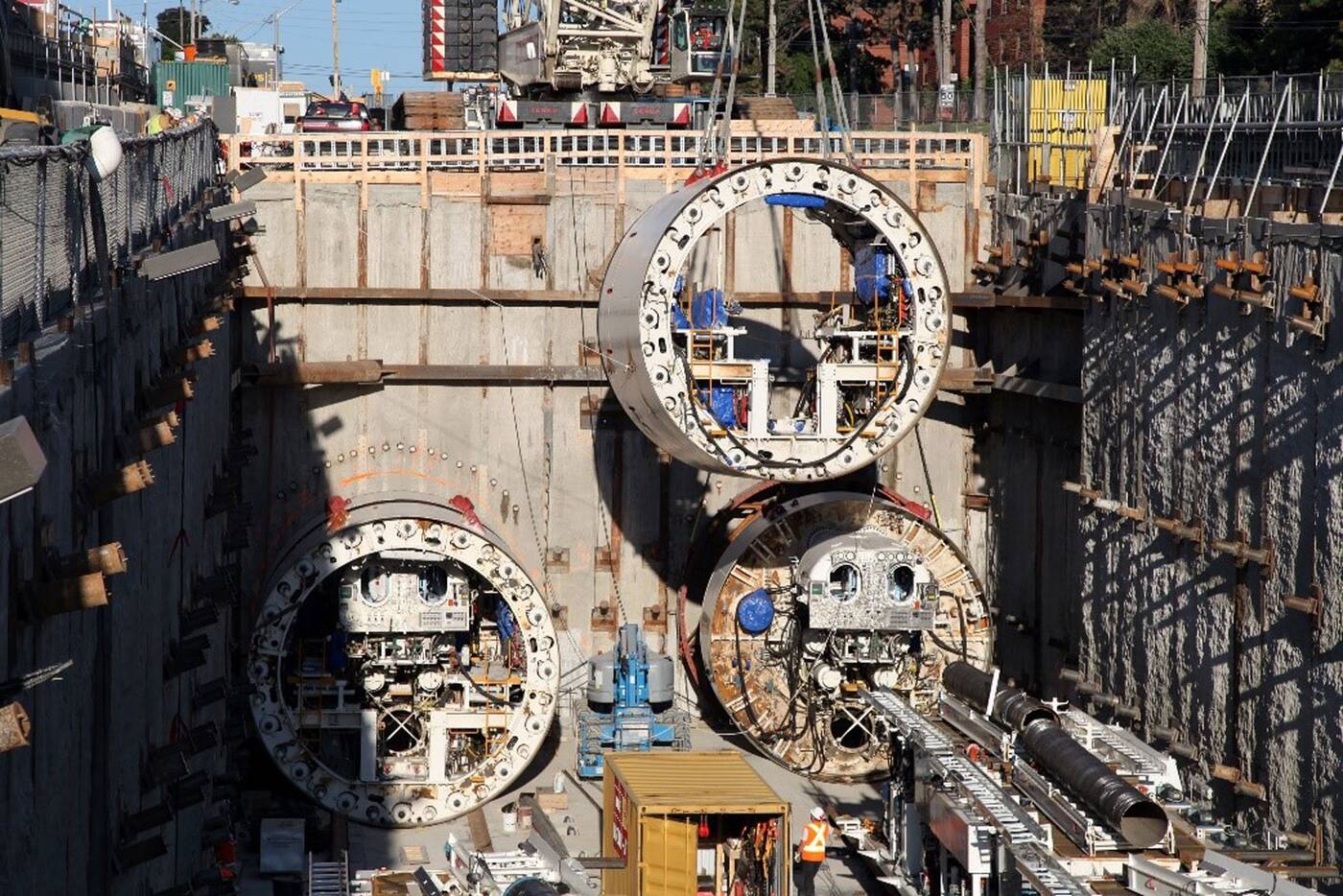 Launch shaft for Eglinton Crosstown LRT. Unlike the dual tunnels used for Eglinton, the two tracks of the Scarborough metro will be within a single, massive tunnel. Photo via Metrolinx.

Another shaft will eventually be dug at Midland and Eglinton, where TBM will be removed after completing the nearly eight-kilometer-long tunnel.