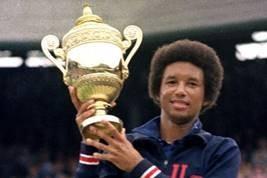 On its way to its international premiere at the BFI London Film Festival on Sunday (October 10), Magnolia Pictures has acquired US theater rights to Borger Ashe, the documentary about the pioneering tennis champion Arthur Ashe.

Rex Miller and Sam Pollard directed the feature produced by Dogwoof for CNN Films and HBO Max. The film premiered on Telluride last month and opens in theaters in New York on December 3 and in Los Angeles on December 10 accompanied by an Oscar campaign.

As previously announced, CNN Films will present the broadcast premiere, and the film will stream on HBO Max.