By Gemma Parry To Mailonline


This is the moment a man gets caught and swings a ‘machete’ towards two cars in Manchester.

The footage captured on a surveillance camera on Nuthurst Road in New Moston shows a man hitting the side mirror of a Range Rover and a Volkswagen Polo as he walks along the road.

Greater Manchester Police have said they are investigating the incident.

The owner of one of the cars shared footage with the Manchester Evening News in hopes that the incident, which happened three weeks ago, will be taken seriously by police.

The woman, who wishes to remain anonymous, said her daughter’s car was also vandalized and that they only realized something was wrong when they discovered blood on one of the windshields, causing them to check their surveillance camera.

‘You can clearly see how big that machete is,’ she told the Manchester Evening News.

‘Someone had posted on Facebook the same day that someone was doing the same thing in Failsworth so he could have gone all the way.’

She added that she was left with up to £ 300 repairs while her daughter faces spending £ 400 to repair the damage.

This is the second incident the family has faced in the last three months after two of their cars were broken into earlier this year. 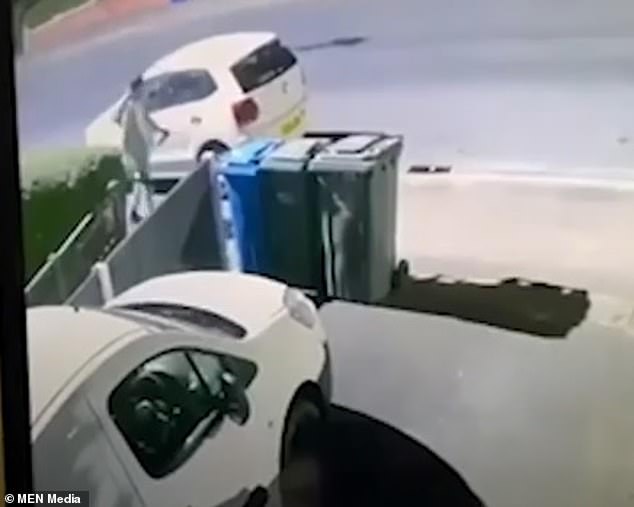 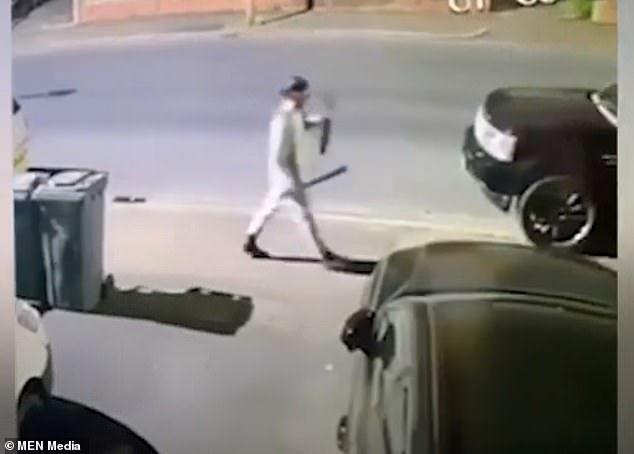 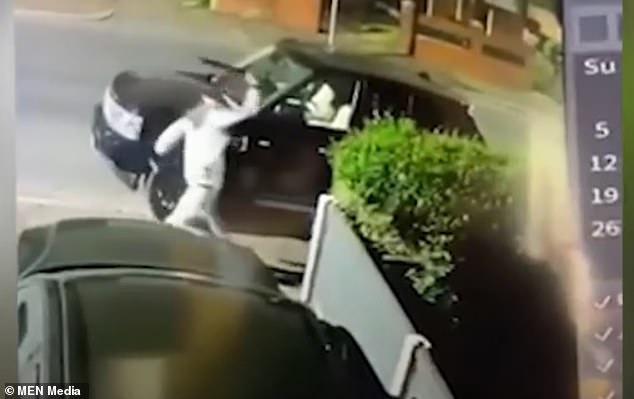 CCTV footage shows the man damaging the cars with a ‘machete’

‘We work hard for the things we have, it’s just scary to know that person walks almost a mile or two miles with a machete and no one has seen him,’ she added.

A spokesman for Greater Manchester Police confirmed that they are investigating.

‘Officers received a report on September 4, 2021 that a man had damaged a vehicle with a magazine article on Nuthurst Road, New Moston, sometime in the previous week,’ a spokesman said.

‘Officers review CCTV. No arrests have been made and investigations are underway. ‘