Pluto Transformation: Scientists discover that the atmosphere on the dwarf planet is disappearing

Pluto, once the 9th planet in our solar system located 3 billion miles from Earth, recently caught the attention of astronomers and scientists as it passed in front of a star in 2018. This unique occurrence allowed scientists to get to a disturbing discovery — Pluto’s atmosphere disappears. 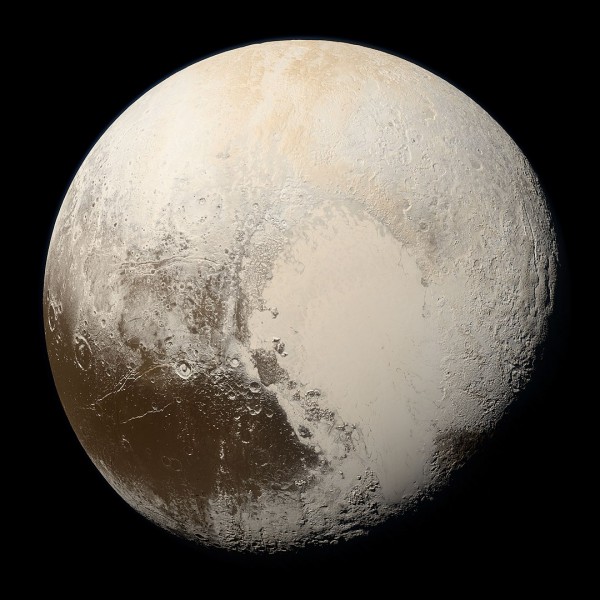 According to NASA, Pluto is a dwarf planet that moves around the sun just like other planets. However, it is considerably smaller. It was originally discovered in 1930 by Clyde Tombaugh and was named Pluto the same year by Venetia Burney.

It takes Pluto about 248 years to complete a full orbit around the sun, where one day on the icy dwarf planet is 6 days on Earth.

Pluto is significantly colder than the other planets. It’s cold enough to freeze Earth’s air down in the snow. In addition, it also has much less gravity than what we have on Earth.

In 2018, Pluto passed by in front of a star that allowed scientists to look into the events of the icy dwarf planet. As the star of backlit Pluto, a team of scientists drew observations about the planet and its atmosphere. This unique view paved the way for a surprising conclusion shared by scientists at the Division of Planetary Sciences of the American Astronomical Society. Astronomers observed that Pluto’s atmosphere began to disappear.

The scientists used telescopes across several states in both Mexico and the United States and noticed Pluto’s already thin atmosphere. Like Earth, the thin atmosphere of the icy dwarf planet consisted of Nitrogen, supported by the vapor pressure of the ice on the surface. Therefore, if the ice warms up on the surface, it will dramatically change the density of Pluto’s atmosphere, according to a statement from Southwest Research Institute.

For the past 25 years or more, Pluto has been steadily moving farther and farther away from the sun. Therefore, its surface temperature has steadily decreased. In the light of recent observations, scientists found conclusive evidence that the dwarf planet’s atmosphere freezes back to the surface as Pluto gets colder.

Due to a phenomenon known as thermal inertia, the dwarf planet’s surface pressure and atmospheric density have continued to increase until 2018. In essence, the planet had residual heat from as it orbited closer to the sun. On the other hand, inertia has begun to wane and Pluto is getting colder; more of its atmosphere will freeze back to the surface and eventually disappear.

Elliot Young, a senior program manager at SwRI, said in the statement that the New Horizon missions had achieved a detailed density profile from its flyby in 2015 in line with the dwarf planet’s bulk atmosphere doubling every decade. However, observations in 2018 could not show the continued trend in 2015.

As the team observed Pluto as it hissed past in front of the star, they noticed a “central flash” caused by the atmosphere of the dwarf planet, breaking light into the center of the shadow, changing and the curvature of light.

See more news and information on the Space on Science Times.