Real Housewives of Melbourne: Jackie Gillies on why she turned on the new teammates

The much awaited fifth season of Real Housewives Of Melbourne will see a few fresh faces join the show.

But according to returning favorite Jackie Gillies, they will not play well as she had an off-camera clash with some of the new ones.

‘I was very pro for all these women and then there was a situation that took place where someone had said I was gossiping about the other women about […] their fashion and clothes on the balcony that were outside the camera, ‘the 40-year-old told Yahoo! Lifestyle. 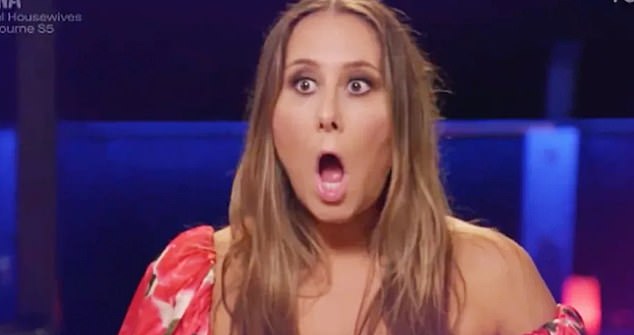 Not impressed! Jackie Gillies has revealed that some of the newcomers to The Real Housewives Of Melbourne will not be playing well as she had an off-camera clash with some of the women

Cherry Dipietrantonio and Kyla Kirkpatrik are two of RHOM’s newest housewives along with newsreader Anjali Rao and socialite Simone Elliott.

‘It made me sad because the first thing is, if I think your clothes are boring, I’ll probably say it to your face, I will not say it behind your back. And the other thing is, I did not say anything about these ladies at all, ”she added.

‘I don’t walk around gossiping and biting and going on because it just is not my mood. That’s just not what I do. ‘

Jackie’s comments come after Janet, 63, told New Idea on Monday that some of the new housewives were paid actors. 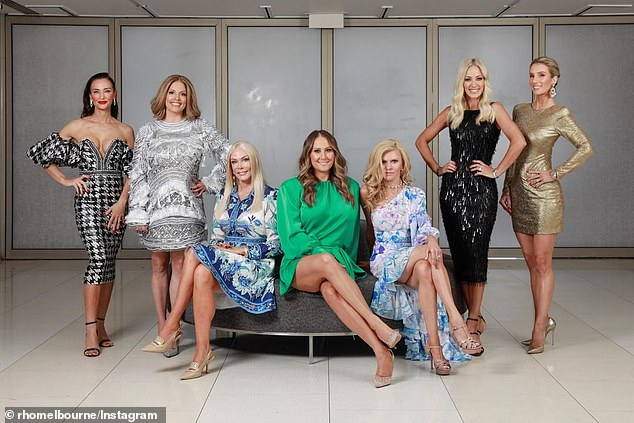 ‘They all had managers or publicists – some were even actors,’ she revealed at the time.

‘Cherry [Dipietrantonio], she’s an actress … Kyla [Kirkpatrick] thought herself that she could play director along the way and would shout “cut” during the filming – you just do not. You just do not. ‘

While Janet has previously paid tribute to novice Simone, it appears she has collided with both Kyla and Anjali. 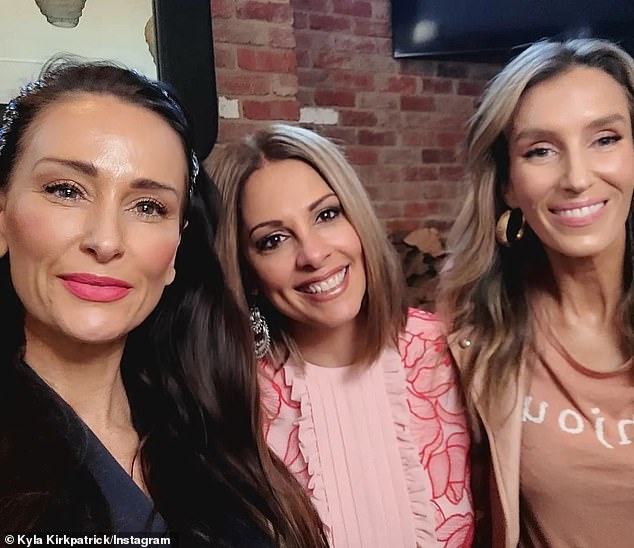 ‘They all had managers or publicists – some were even actors!’ New cast members Kyla, Anjali and Cherry are pictured together

Speaking to New Idea, Janet shared that Kyla, who she has known for 10 years, ‘came straight at me from day one’.

She also revealed earlier that one of the new housewives did not reach all the way through the footage and stopped before the finale.

Speaking to the unpopular podcast, Janet said the novice ‘could not keep up’ with the show’s brilliance and glamor.

‘She’s not a bad girl, but the real truth, let’s really get to it,’ she said.

‘I think she was who she said she was, but she would never become a housewife. I am just honest. ‘ 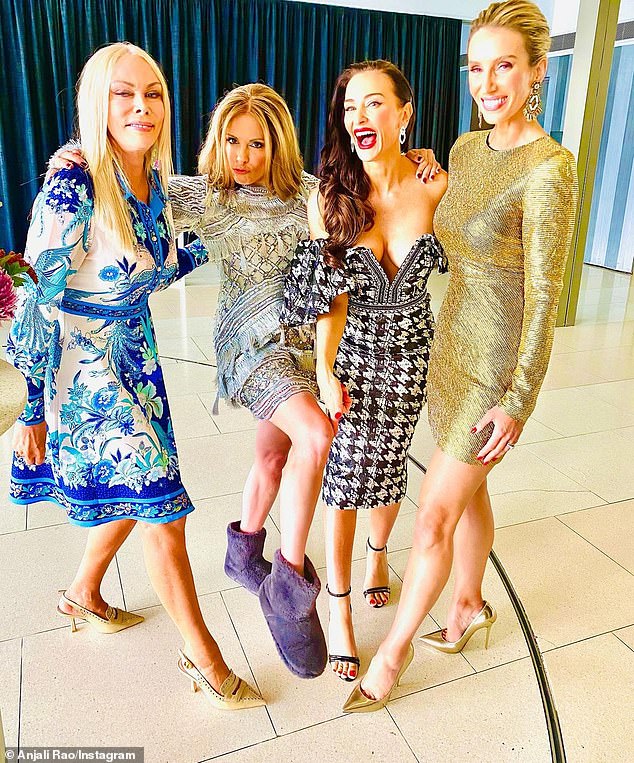 ‘Cherry, she’s an actress … Kyla even thought she could play a director along the way and would shout “cut!” during the filming – you just do not, ‘said Janet about the beginners

‘I think she’s running around saying,’ Oh, that’s fake, and that’s not for me, ‘when it came to working with her, she could not keep up.

‘She fought all the way through.’

Janet also said another cast member told her the mystery stopped ‘was afraid of being revealed’ on the show. 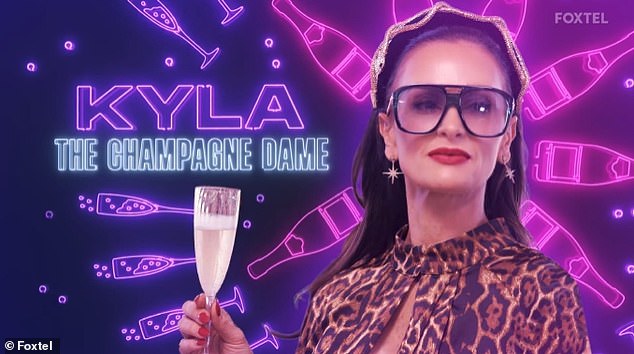 Drama! Janet also shared that Kyla, whom she has known for 10 years, ‘came directly to me from day one’

‘I said, “Afraid of being exposed for what?” But we never got there … because we never got that far, because she decided she would not do it again. ‘

Although Janet did not identify the ending by name, she confirmed that they had a TV background, which led many fans to believe that she was referring to Anjali.

Anjali is best known for working as a TV presenter on CNN, Sky News, Studio 10 and Dateline.

In response to these allegations, Jackie has shut the idea down and noted that everyone on the show’s set is authentic. 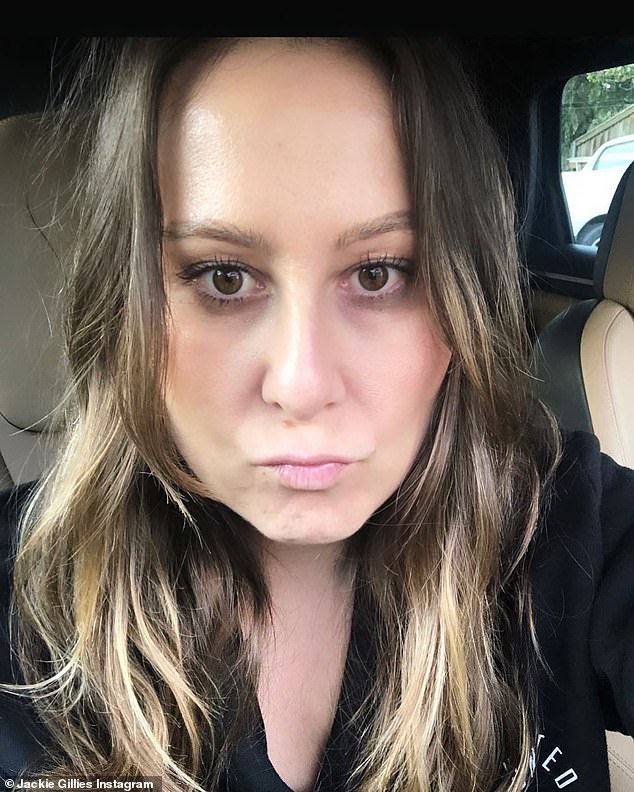 They are not fake! Jackie Gillies has shut down the idea that the new co-stars at The Real Housewives Of Melbourne are paid actors

‘The feelings are completely genuine. We are not told what to say. ‘

The psychic went on to add that the drama on the show is definitely real.

‘You’ve been filming for 12 hours every day for a week with all these women. Then problems start to arise and then something is brought back three days ago and you are still upset about something that you have not solved. ‘

The fifth season of The Real Housewives of Melbourne premieres at Foxtel on October 10th. 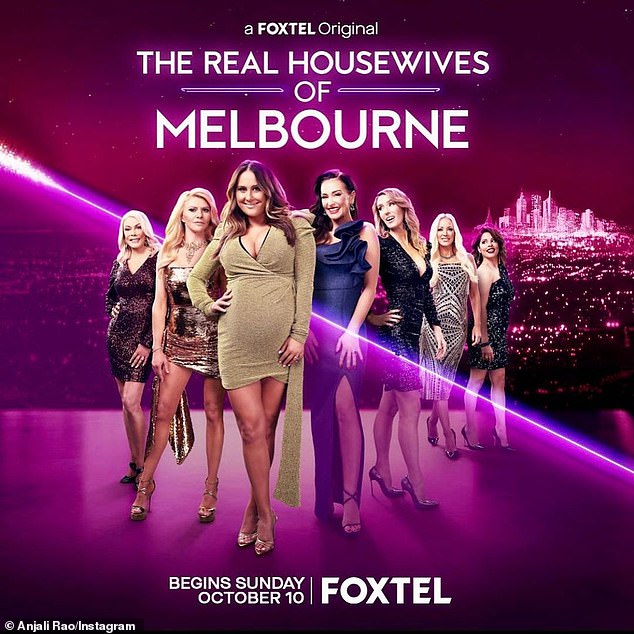 Almost here! The fifth season of The Real Housewives of Melbourne premieres at Foxtel on October 10th