A one-day pop-up space for Slam Canada was met with overwhelming popularity in Vancouver.

So much so that the organizers have announced that the pop-up will reopen one last time this weekend.

On Friday, Slam Canada opened a pop-up store at 1595 E Pender Street. The retail experience was driven by the Vancouver-based Victory Creative Group, which invests in Slam and has worked to bring the brand closer to the Vancouver basketball community. 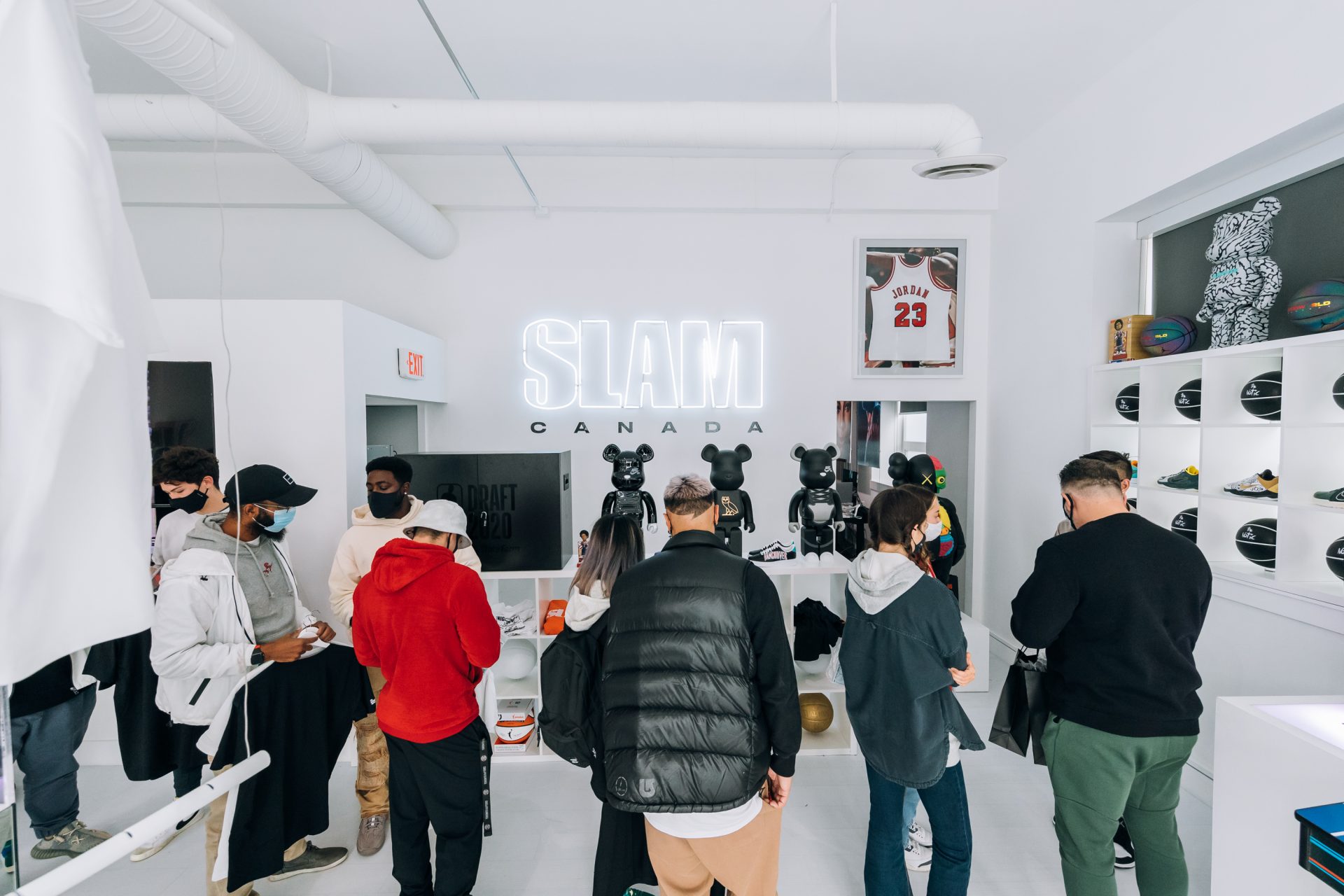 Slam’s origins are historically known as a basketball magazine, first printed in 1994. It has since expanded to become one of the biggest names in basketball media and storytelling.

“J. Cole has been quoted as saying that if Michael was like Jesus, Slam is like the Bible, ”Mark Starkey, CEO of Victory Creative Group, told the Daily Hive. “It’s hard to believe it’s almost 30 years ago. Larry Johnson was on the original print in 1994 in the first edition of Slam. ” 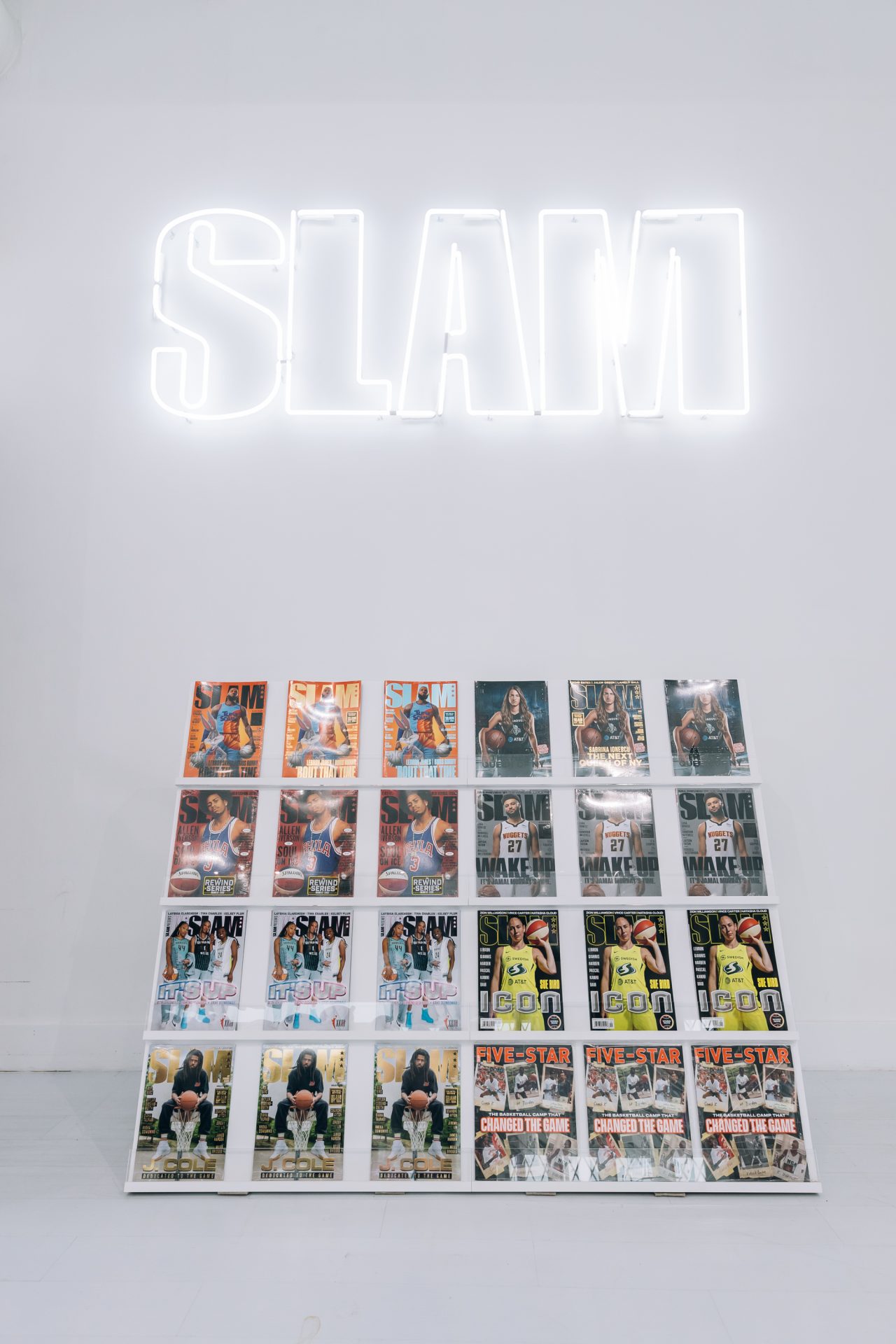 Starkey explains in an interview that Victory joined the Slam family in February last year. And given the creative group’s deep commitment to the Vancouver basketball community, it was only a matter of time before the city got a taste of Slam.

“So when Slam came out in terms of our commitment, our first priority was number one, how do we make a pop-up experience to help bring Slam right into the hands of Vancouver.”

The pop-up took several months of planning, including navigating how and when to do it. It was eventually decided that it would launch during the same time as the Vancouver International Film Festival (VIFF) and the release of Handle Carefully: The Legend of the Notic Streetball Crew. 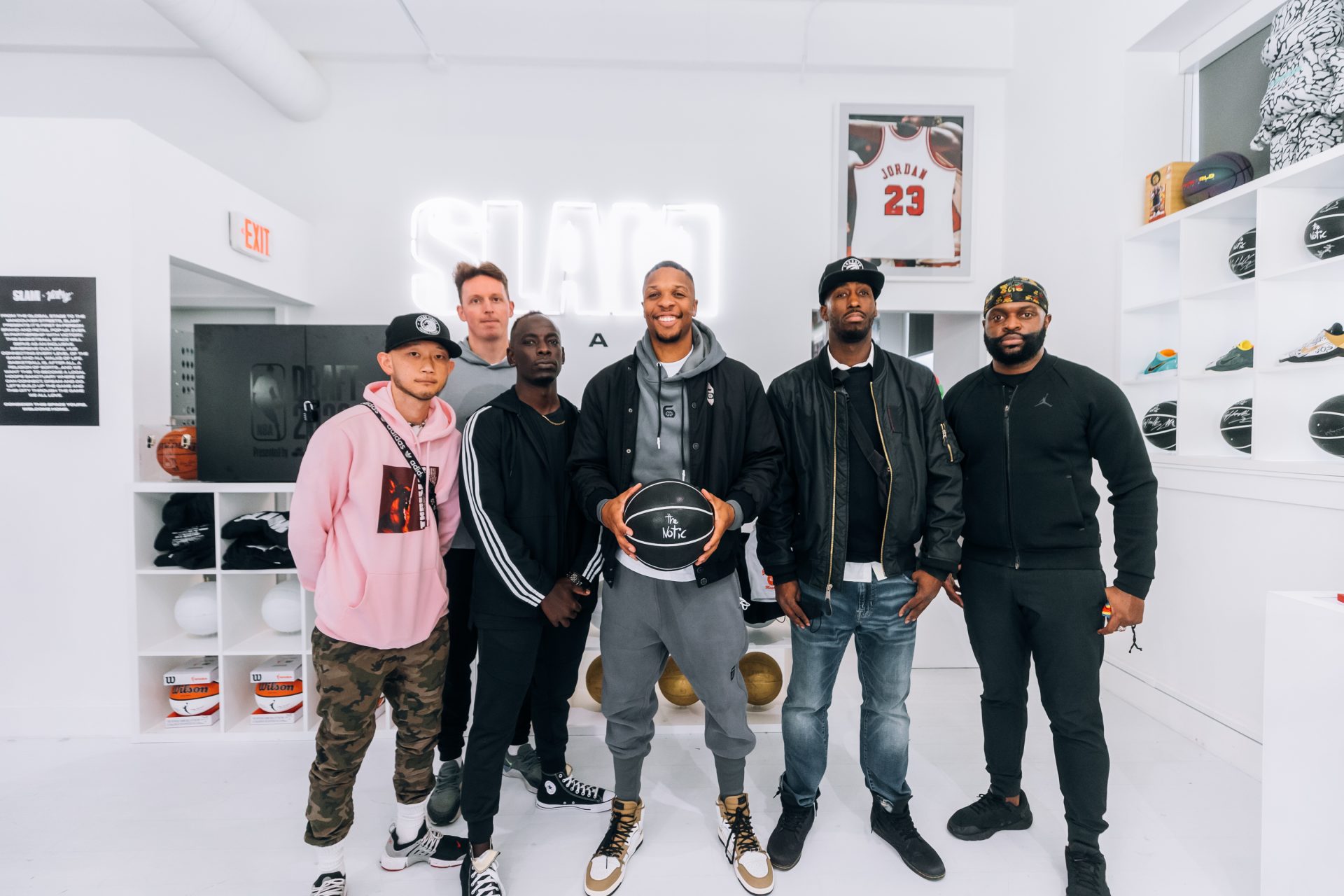 The pop-up features an eclectic display of art, sneakers and memorabilia from both basketball and Slam’s rich history. Notable pieces include Vancouver Grizzlies artwork constructed from Nike shoe boxes and even a pair of “Concord” Jordan 11s worn by Michael Jordan himself. 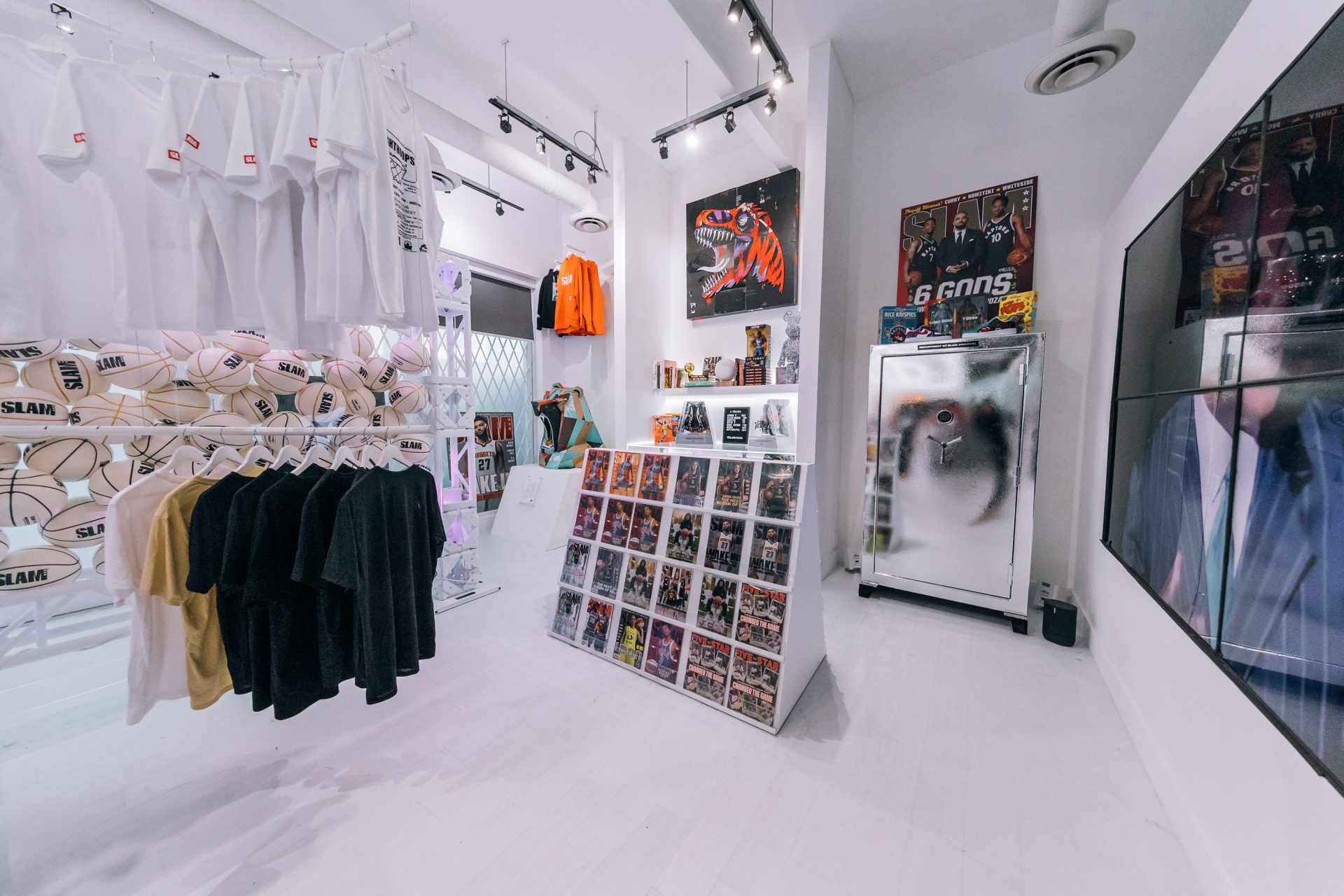 Art inspired by the Vancouver Grizzlies and Toronto Raptors can be found in the pop-up (Patrick Giang, Victory). 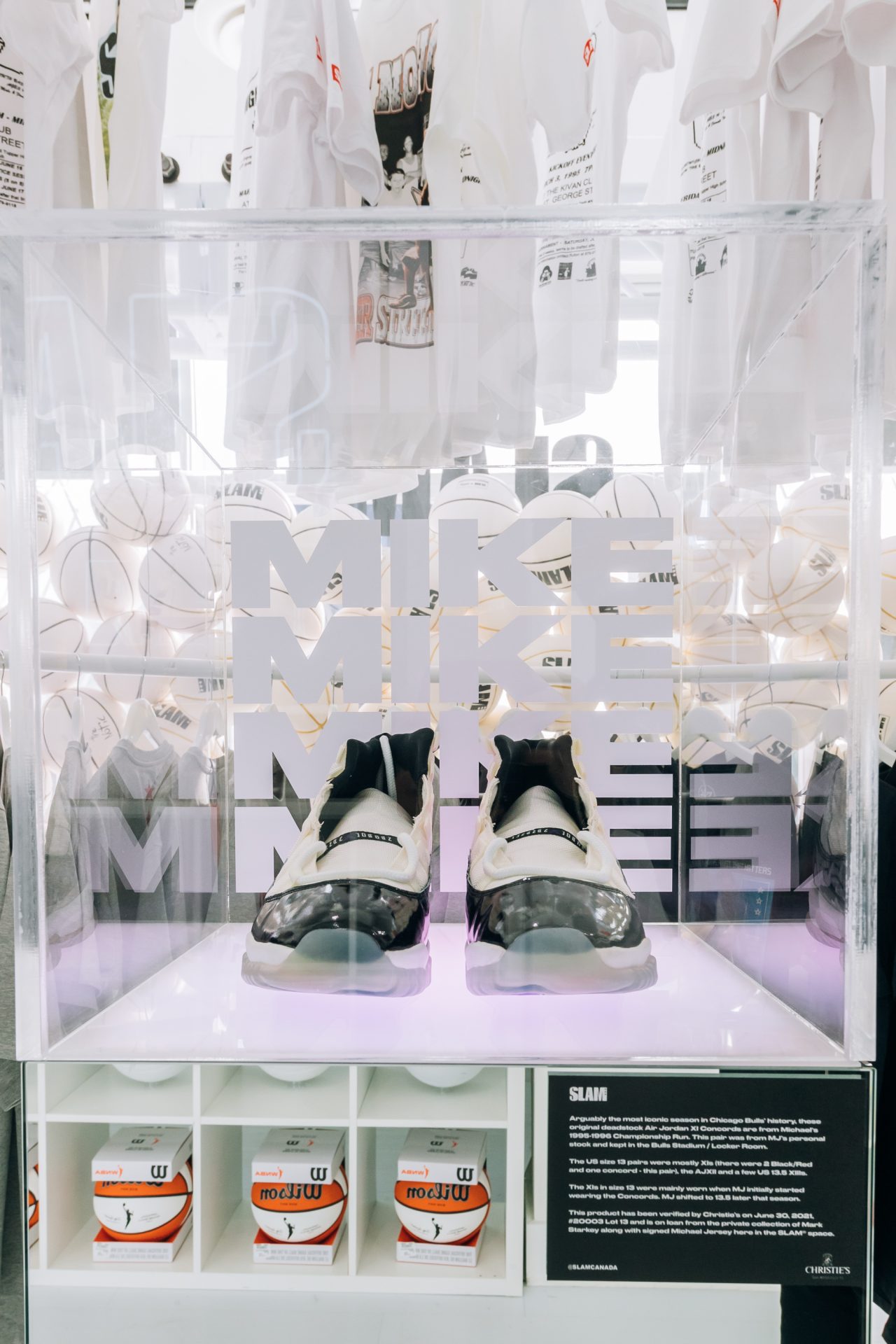 On the retail side, visitors can also find a carefully curated selection of Slam merchandise, including cover tees, hoodies and shorts. 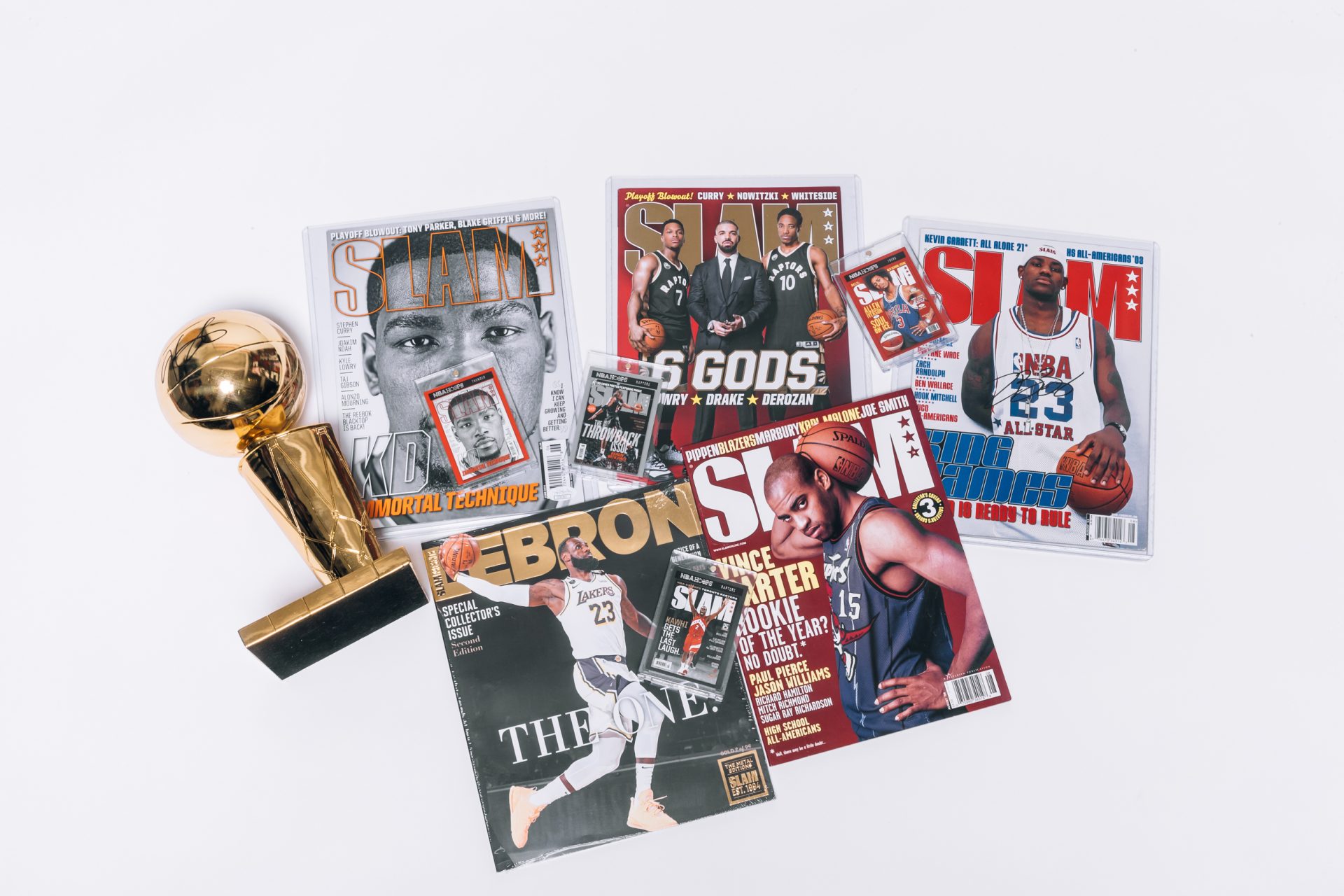 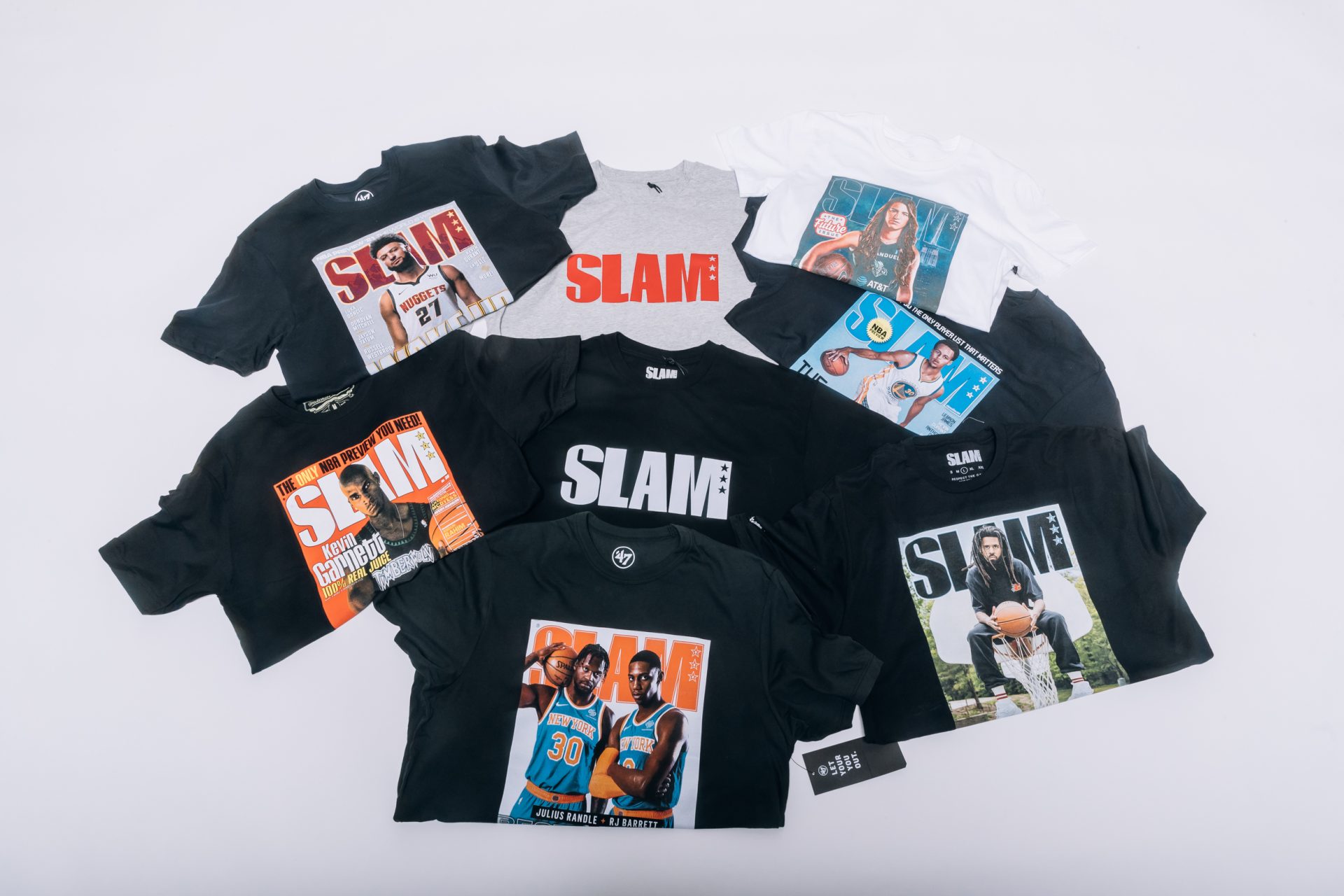 And even though the pop-up was only announced for 36 hours, Starkey says the response was phenomenal — something he credits Vancouver’s rich basketball community.

“We did not know how a pop-up basketball store would only fare.”

An hour before the experience opened to the public, there was already a line-up outside the door. And within hours, they had sold out several of their most popular products. 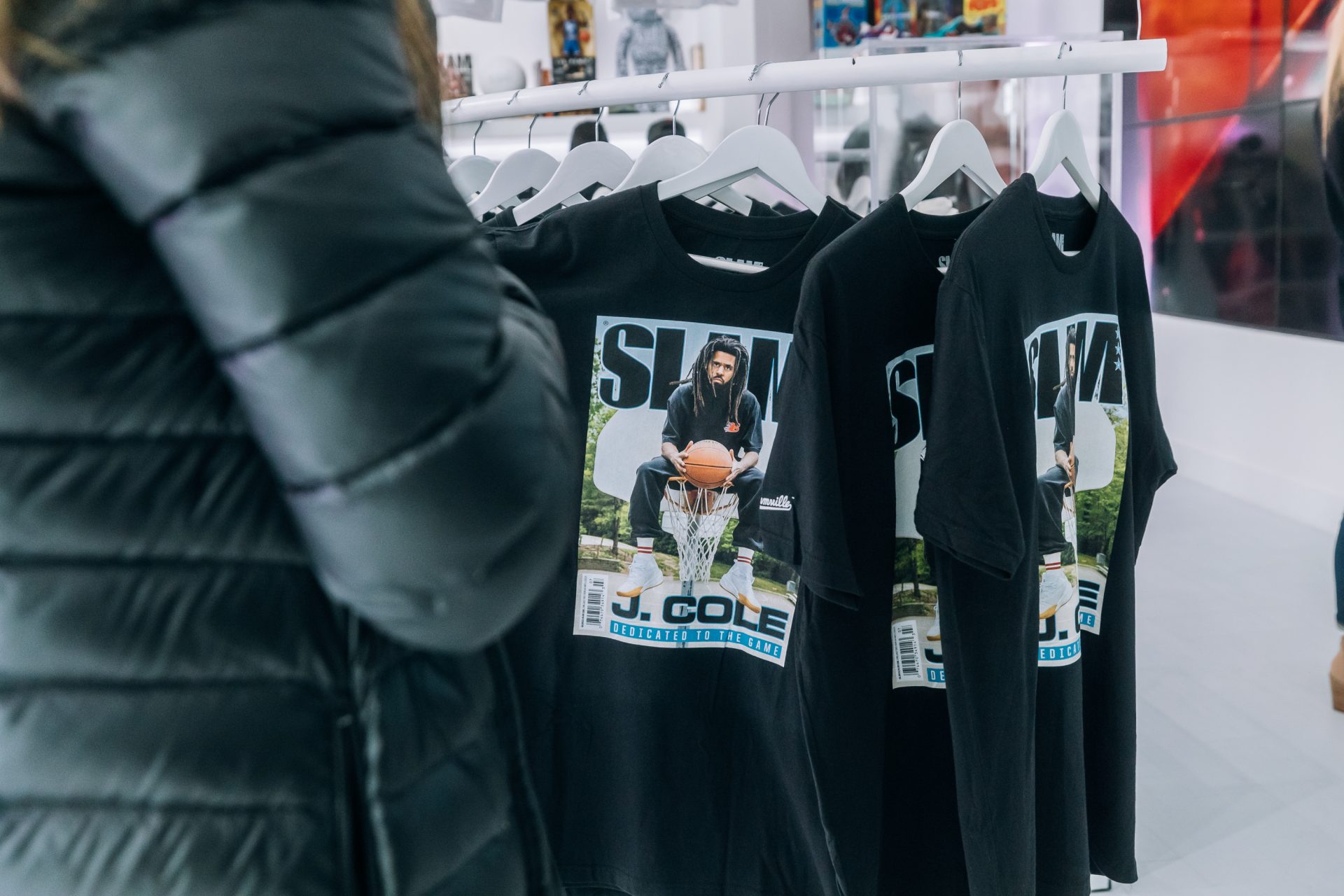 In 2021, J.Cole became the first entertainer to appear exclusively on a cover of Slam (Patrick Giang, Victory). 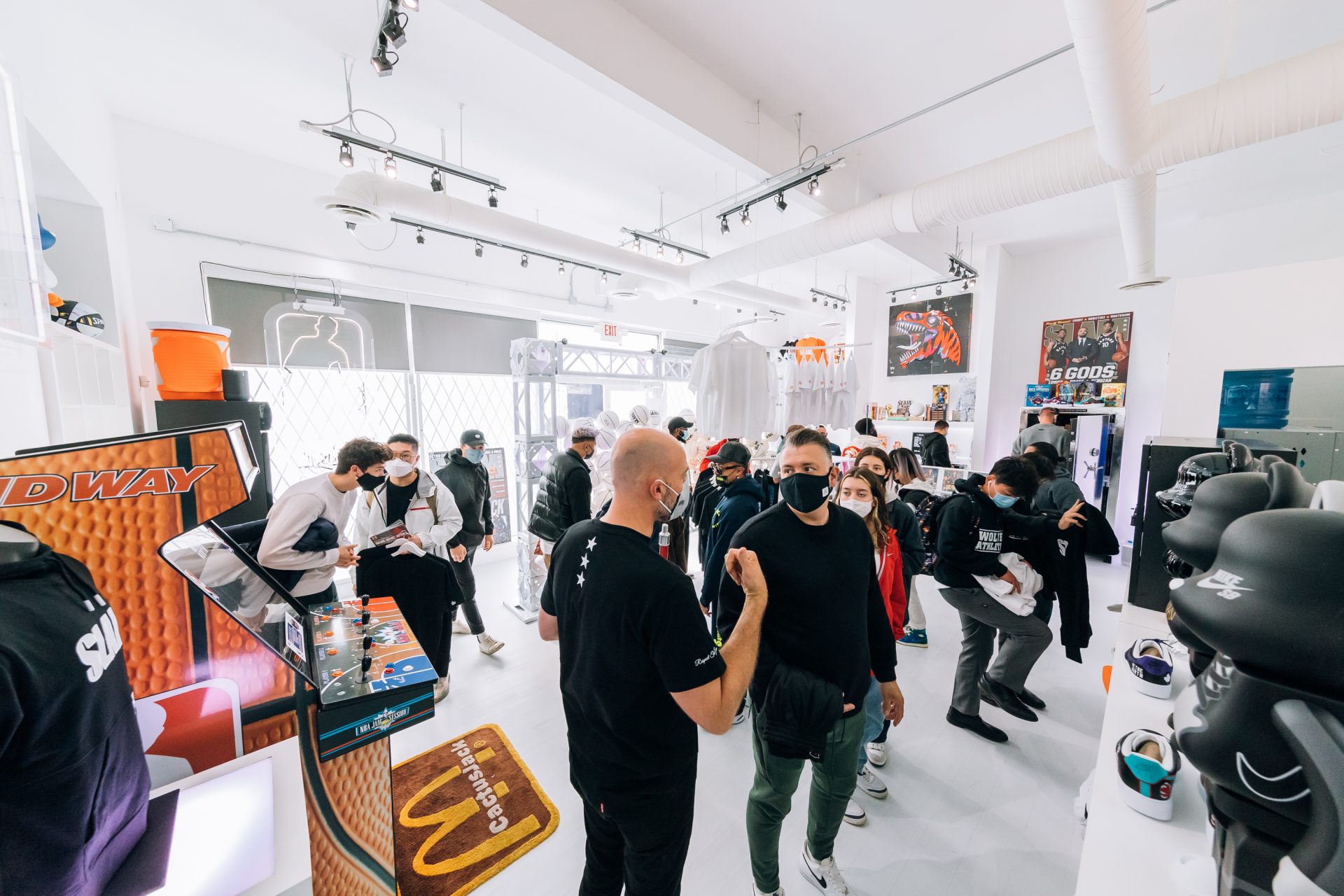 “We gave this community a day because we tested how fans would react, and they responded incredibly well,” Starkey says. “It’s a testament to the demand for the Slam brand and our wonderful game in BC. We reopen on Sunday for limited hours. ”

As for future plans for pop-up and Slam’s presence in Canada, Starkey suggests that Toronto will be the next major city they visit. He adds that the pop-up will continue to function in “moments of high energy” around basketball in Canada, with more opportunities for fans to visit along the line.

“Our dream is that this space should become a place to dream and do and connect,” he emphasizes. “And really get glued to the basketball community in such a beautiful city in Vancouver. That is the hope for this. The real beauty of Slam is that it connects people. ”