Queensland will soon be home to the world’s largest green hydrogen production plant. Here’s what it means

It is expected to make this state a “superpower for renewable energy”.

The plant has been announced as a “breakthrough” for Australia’s green energy market, with predictions the plant will double the green hydrogen production capacity across the globe.

So what exactly is green hydrogen? How does it work? And what in the world is an electrolyzer?

Let’s go back to the basics. Here is a quick overview of all your scientific questions:

How does green hydrogen work?

Hydrogen is an element found in oceans, rivers, lakes and the atmosphere.

It has long been described as the fuel of the future, the source of energy that could bring the world to net zero emissions.

It is cheap and clean-burning. It is also the most abundant element in the universe.

But on Earth, hydrogen does not appear pure in nature and requires energy to separate it.

The most common way to separate it is to extract hydrogen from water, which contains two molecules of hydrogen for each oxygen.

This is where electrolysers come in.

What is an electrolyzer?

This is the device used to extract hydrogen from water.

This happens when an electric current is passed through a water tank that separates hydrogen from oxygen in a process called electrolysis.

If the electricity is generated from renewable sources, such as solar or wind, the hydrogen emits zero greenhouse gases and therefore has no carbon footprint.

At present, it is unclear whether Mr. Forrest’s firm, Fortescue Future Industries (FFI), will use solar or wind to continuously operate the electrolysers.

So to sum up, green hydrogen is mainly hydrogen produced without fossil fuels.

Once the green hydrogen is produced, it can then be burned to produce heat or introduced into a fuel cell to produce electricity.

What will this hydrogen production plant produce?

Sir. Forrest said the first phase of the project will be a hub to build green energy infrastructure and equipment, such as cabling and wind turbines.

More importantly, it will produce electrolysers.

The facility is slated to be built on Queensland state-owned land near Gladstone in central Queensland and is the first phase of a six-step, $ 1 billion plus operation.

“FFI will build a plant with an initial capacity to produce up to two gigawatts of electrolysers annually,” he said.

The renewable hydrogen energy will then be exported from Queensland to countries around the world.

How much will the plant cost?

‘The solution is hydrogen’: Andrew Forrest lays out his plan to tackle climate change 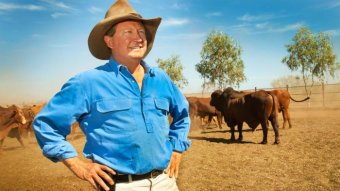 Green hydrogen gives Australia an opportunity to reduce our emissions — and if we get this right, the impact could be nothing less than nation-building, argues business leader Andrew Forrest.

Forrest described the total operation as an investment of “$ 1 billion Plus”.

The first phase of the six-step project is to build the facility near Gladstone. It will cost about $ 115 million.

According to Queensland Premier Annastacia Palaszczuk, this huge investment also has the potential to create thousands of skilled jobs in regional areas.

Ms Palaszczuk said the plant was initially expected to generate more than 300 local jobs in the Central Queensland region and “thousands of jobs” in the future.

The Palaszczuk government last year announced a $ 10 million fund for hydrogen investments, in addition to an earlier pledge of $ 15 million.