ANDREW PIERCE: Has the Tory party lost its northern soul?

But a promise was not mentioned. Dowden (pictured) did not refer to last year’s promise to open a new Tory headquarters in the north.

Dowden’s predecessor as chairman, Amanda Milling, had boasted at the 2020 (virtual) conference: ‘We owe it to the millions of people who put their trust in us with their votes to get back into the business of delivering for them. The best way we can do that in the Midlands and North is to open a headquarters in the heart of the Blue Wall. ‘ 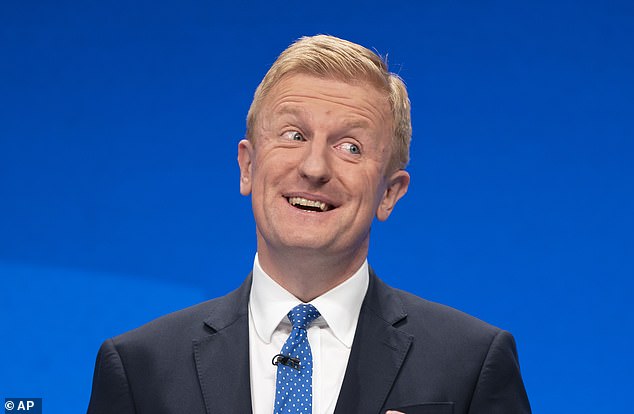 The Tories later announced that this honor would be awarded to Leeds: a deft political move when the Tories won three of the eight parliamentary seats in West Yorkshire in 2019.

But a year after the bold promise, there was not a look last week about the new headquarters – despite the conference being held in Manchester, just 45km from Leeds.

One Tory minister told me the project is off, while another said the party is deciding between two buildings in Leeds.

“Either way, it’s a confusion,” the minister said.

‘A year ago we could not talk about it enough. Now the cat is out of the bag that we have not done anything in 12 months. We had hoped that people would not notice it. ‘

Clearly, the Tories have a way to go to prove their northern soul.

Earplugs are ready. Guitar-strumming Labor MP Kevin Brennan has released what he worrisomely calls ‘the first single from my upcoming solo album’, Tabernacle Lane. And despite being the driving force behind a select committee report that rightly condemns the economics of music streaming, Brennan, 61, has made the song available on Spotify. 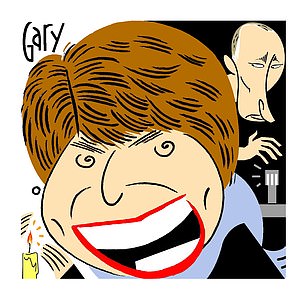 My favorite poet Pam Ayres sums up the energy crisis: ‘Last night I had a nightmare and I woke up with a shock,

‘All energy was gone and people were running amok,

‘We took our frozen hands around a candle on our lap,

‘And thought of Mr Putin, with his fingers on the tap.’

In yet another example of Labor’s ‘friendlier, gentler politics’, left-wing screenwriter Russell T. Davies labels Nadine Dorries as a ‘f *** ing idiot’ after the Secretary of Culture dared to criticize the BBC.

‘We still have ten to 15 years of this government,’ moans Davies. ‘There is no displacement of them!’

It clearly does not occur to him that the millions of voters who gave this government a majority of 80 men do not like to be taught by rich luvviers who tell them that they have chosen ‘idiots’.

Maggie & Ted, a play about the terrible hatred between Mrs Thatcher and her predecessor, Ted Heath, opens at Guildford’s Yvonne Arnaud Theater tomorrow.

It is written by Michael McManus, who worked for both Prime Ministers and knew at first ‘the most infamous feud in modern political history’.

Martin Jarvis (Ted) tells me that he once met the Iron Lady: ‘I had to walk along a series of seats to get to my own. Unfortunately, in passing, I stepped on Mrs. Thatcher’s toe. Only my big apology avoided a handbag. ‘

Why Raab needs an escape from Crete

Deputy Prime Minister Dominic Raab and Foreign Secretary Liz Truss are fighting over who will get the run of Chevening House.

LBC’s Nick Ferrari tried to get some response from Raab, who insisted: ‘I have not given [the issue] a minute’s thought. ‘

Raab: ‘You can tell her what you want. She’s a good friend. ‘

Who still needs a tired old house in Kent when you can fly to a luxury resort in Crete?