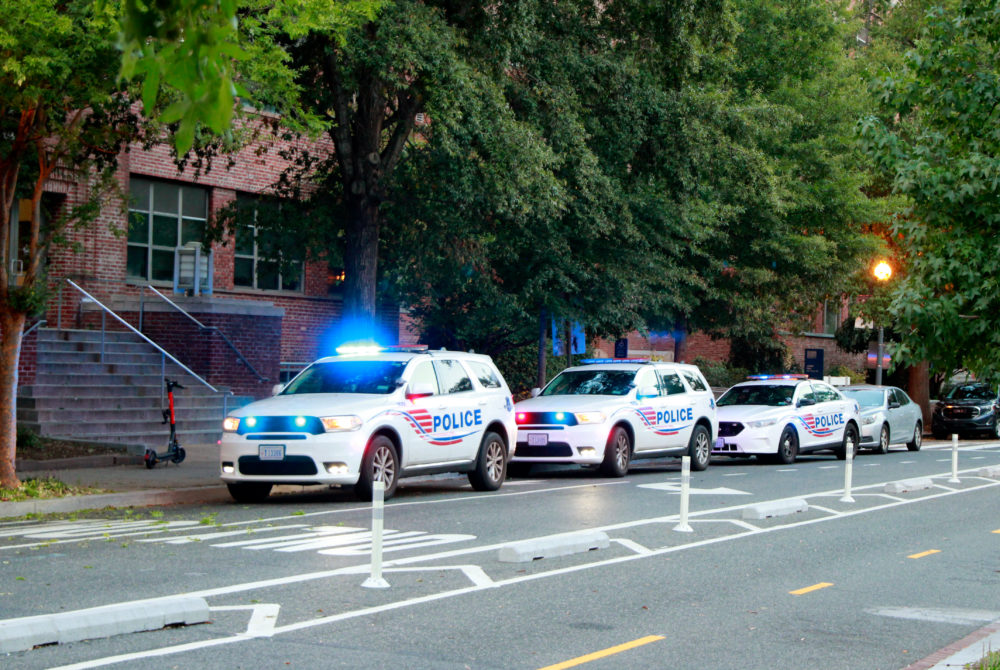 The Metropolitan Police Department said the suspect committed assault with the intent to commit sexual abuse in the first instance, leaving the victim with non-life-threatening injuries.

Some students are criticize the university’s announcement of an on-campus assault last Monday after an unknown suspect injured an employee who was transported to the hospital with “non-life-threatening” injuries, according to a Metropolitan Police Department release.

The MPD release says the suspect assaulted the employee of G Street Garage with an “intent to commit first-degree sexual abuse,” but 40 minutes later, university officials sent an email to the GW community about the crime without mentioning potentially sexual abuse. Officials issued another e-mail Tuesday acknowledging the intent to commit sexual abuse and stressing their commitment to campus security, but students said university officials should have been quicker to notify students that the suspect intended to commit sexual abuse.

“We understand the level of alarm due to the recent assault with the intent to commit sexual assault, which is being investigated by Metropolitan Police Department Detectives, which took place in the G Street garage,” the e-mail reads. “The safety of members of our community is always our primary responsibility and we take it very seriously.”

University spokeswoman Crystal Nosal said officials were already “in the process” of sending the email to the GW community when the MPD released its release, which reported the intent to commit sexual abuse Monday night. Nosal said GW police officers have increased patrols around G Street Garage and other garages on campus, but she declined to say whether officers have been assigned other tasks as part of the patrols.

She said panic buttons in garages marked with bright orange signs are available to parking garage users in case of emergency.

“Once a panic button is activated, the GWPD sender is alerted to the scene and immediately sends officers to the scene to help,” she said in an email. “Parking garage patrons should familiarize themselves with these buttons and their locations.”

Some students said they were frustrated that officials only confirmed the intent to commit sexual abuse 18 hours after the MPD tweeted all details of the suspect’s criminal charges.

Sophomore Maddie Billet said she does not understand why the university did not include information about the intent to commit sexual abuse in its original email.

“If they already knew the facts, why did they not tell us?” she said in an interview.

Billet said the assault made her realize she could be in danger as a woman on campus at any time or place. She said she lived in Shenkman Hall near the edge of campus, that she was nervous about having dinner at night in light of other recent assaults near Foggy Bottom Metro station.

“It really put it in perspective, at least for me, this could happen anywhere anytime,” she said.

The student association Sen.Cordelia Scales, SEAS-U and Senate President pro tempore, said the university’s delay in reporting the assault was sexual in nature is “unacceptable” and she feels less safe on campus because of the assault and GW’s level of communication. Scales, who said she was a survivor of sexual assault, said the university put women at risk by not sharing the information before and should have informed the community that the police were looking for a man accused of having committed sexual offenses. abuse.

“I thought that by being on campus, near government buildings with GWPD all around, I would be safe,” Scales said.

Scales said she does not think the department has significantly increased the number of patrols on campus, and she has not noticed any increase in GWPD’s presence. She added that officials likely said they would increase security to make the campus community “feel better.”

“Now, I’m not even sure I feel safe on campus during the day because that event happened at 5:30 in the afternoon, which is pretty much big daylight at this time of year,” Scales said. “And then I do not know where I am in safety, I do not know who I can trust, it’s a terrible feeling.”

“GW has made it clear that it does not really care about maintaining its student safety and being transparent about things that happen on campus that threaten student safety,” she said. “That lack of transparency doesn’t make me feel safe at all.”

Leon-Acosta said the GWPD has not shared specific details on how they would increase patrols on campus, and she has not noticed an increase in police presence on campus.

“Maybe they help at night, or maybe they are more intense at night,” she said. “But I think communication is one of the best first steps GW can take to improve security.”

This article appeared in the October 11, 2021 issue of Hatchet.

Here’s the Largest Image JWST Has Taken So Far