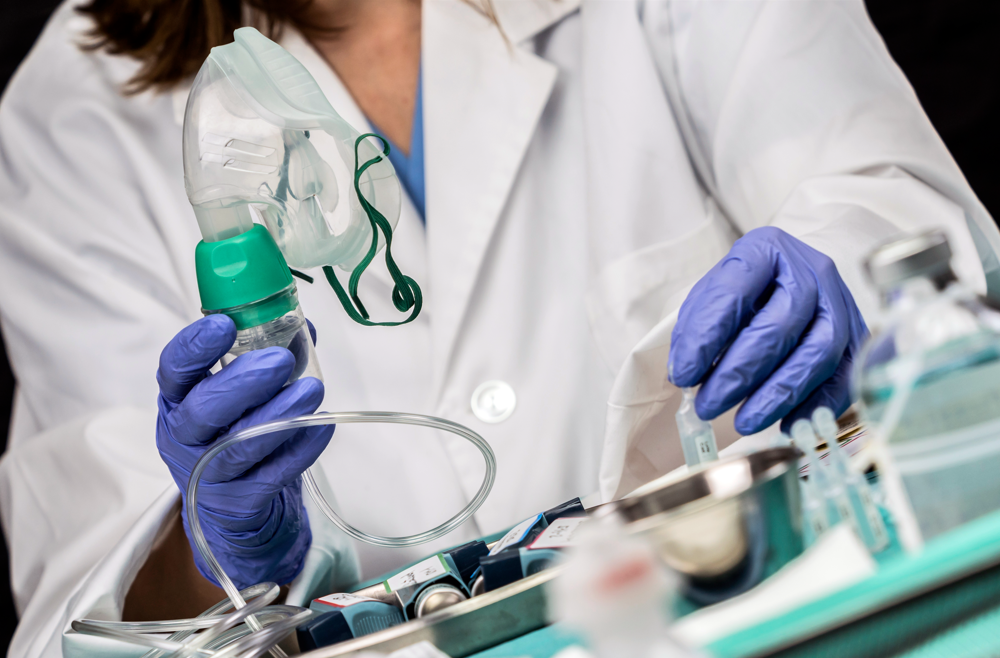 PHILADELPHIA— New research shows that survival rates, functional recovery, and postoperative delirium are similar for patients, whether they underwent general anesthesia or spinal anesthesia for hip fracture surgery. This work, from the largest randomized study ever conducted to compare the two anesthesia techniques, challenges the common thinking that patients who receive spinal anesthesia perform better. Led by researchers from the Perelman School of Medicine at the University of Pennsylvania, the study was published in the New England Journal of Medicine and presented at Anesthesiology 2021, the annual meeting of the American Society of Anesthesiologists (ASA).

“Available evidence has not definitively addressed the question of whether spinal anesthesia is safer than general anesthesia in hip fracture surgery, an important issue for physicians, patients and families. Our study argues that in many cases, each form of anesthesia appears to be safe, ”said lead researcher Mark D. Neuman, MD, MSc, associate professor of anaesthesiology and critical care. “This is important because it suggests that choices can be guided by patient preference rather than expected differences in outcomes in many cases.”

Under general anesthesia, inhaled and intravenous medications are used to make patients unconscious, often requiring temporary placement of the respiratory tract to support the lungs during surgery. For spinal anesthesia, medication is used to cushion the lower part of the body through an injection in the spine; while patients may receive sedation for comfort, they are typically able to breathe on their own during surgery and rarely require a breathing tube.

For their study, Neuman and his co-authors enrolled 1,600 patients from 46 hospitals in the United States and Canada. The patients were all at least 50 years old, had broken a hip and had previously been able to walk. Hip fractures are of particular concern among elderly populations, as are the patients in the study, as they can lead to loss of mobility, which is associated with a doubling or even tripling of the risk of near-term death.

What distinguished Neuman’s study from previous work in the subject area was that it randomly divided the enrolled patients into two equal groups: those who were to receive general anesthesia and those who were scheduled for spinal anesthesia. Approximately 800 patients were in each group.

To investigate how the different forms of anesthesia were involved in potential cognitive complications, the researchers also examined post-operative delirium. Approximately 21 percent of patients assigned to spinal anesthesia experienced delirium versus 20 percent of those assigned general anesthesia.

“What our study offers is the assurance that general anesthesia can represent a safe option for hip fracture surgery for many patients,” Neuman said. “This is information that patients, families and clinicians can use together to make the right choice for each patient’s personal care.”

This study was funded by an award from the Patient-Centered Outcomes Research Institute (1406-18876).

This parasite makes people attractive to the opposite sex