Autumn is still waiting! Britain will enjoy one last ray of sunshine with unusually warm 63F heat – before temperatures plummet over the weekend and rain moves in


The UK is ready to enjoy a final week of unusually warm temperatures with mercury set to reach 63F before rain and wind move into the weekend.

Much of England will enjoy periods of sunshine the rest of this week, with the above-mentioned average temperatures remaining until Sunday, Met Office weather forecasts say.

At the weekend, parks and beaches were filled with visitors as the British enjoyed Indian summer-like conditions – but that did not last long as experts predict more erratic weather next weekend.

‘There are altitudes this week of 18 degrees Celsius, which is more likely in the south of England and Wales. Northern parts of England can expect a chance of frost and uneven rain.

‘There is a high pressure system in the west of the UK and our long distance weather forecast has shown that uneasy conditions will move in from next week. 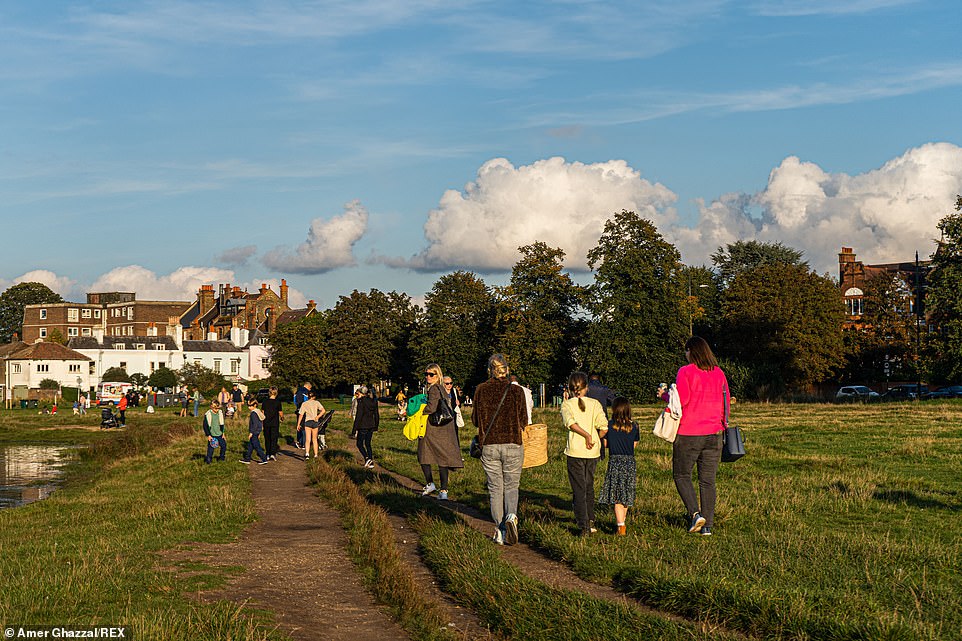 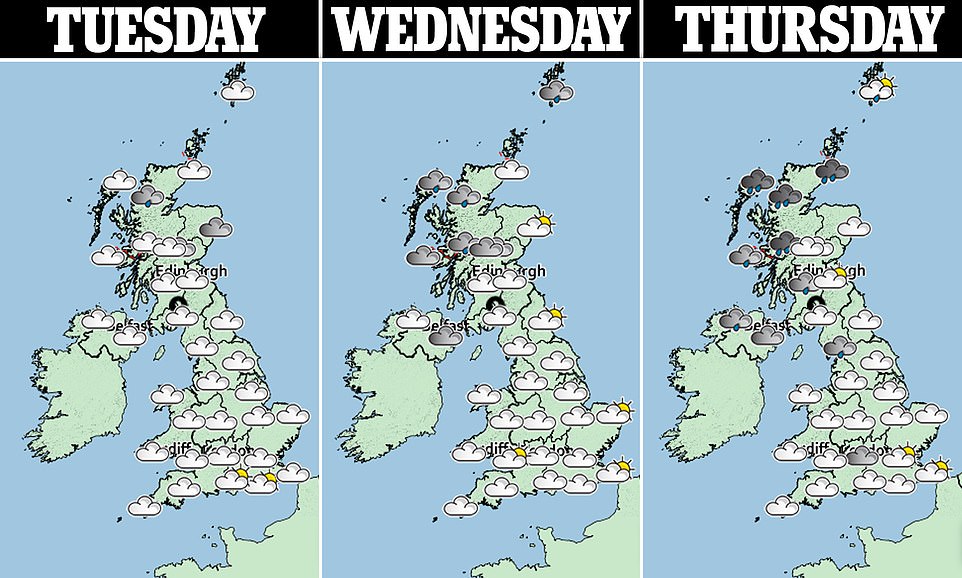 ‘In rural Scotland you can expect to see a chance of frost with night temperatures possibly coming in minus numbers.’

Sweater weather is in full swing as heavy showers are expected in the far north, and more persistent wet weather for north-west Scotland.

Glorious clear skies are expected in the south this week, which will allow for fog and mist early in the morning, with visibility estimated at 50m in London and the southeast.

As this week is over, temperatures are likely to remain above average, with rain and strong winds arriving to the north.

By the end of October, storms are expected to sweep across Europe, affecting the western parts of Scotland, north-west England, Wales and Northern Ireland.

Although much of the UK enjoyed unusually glorious temperatures of 64F last week, the Met Office has said we should expect ‘unresolved conditions’ and possible ‘night frosts’ – where dry conditions become ‘less dominant’ as the week progresses. 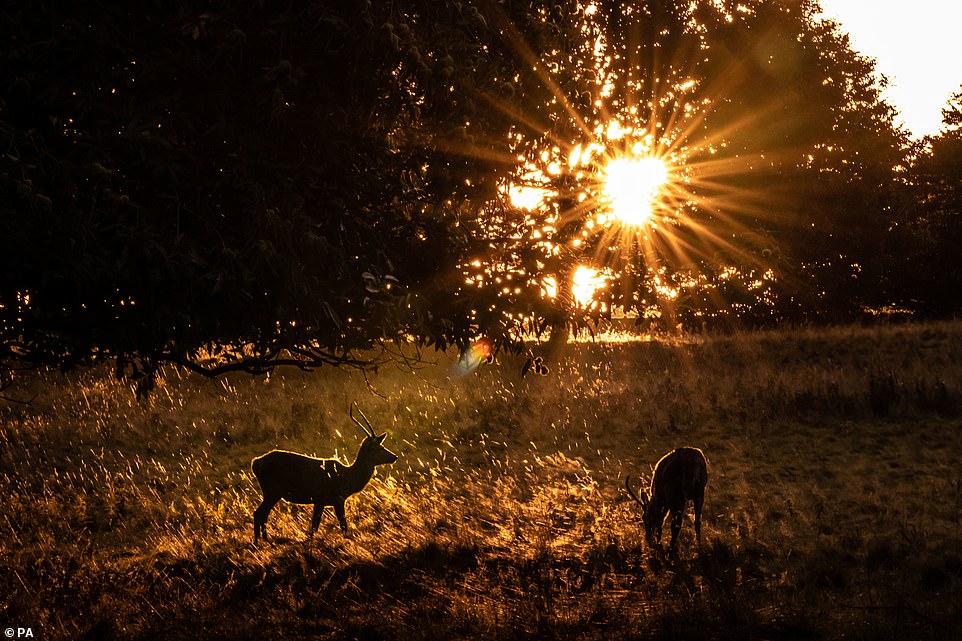 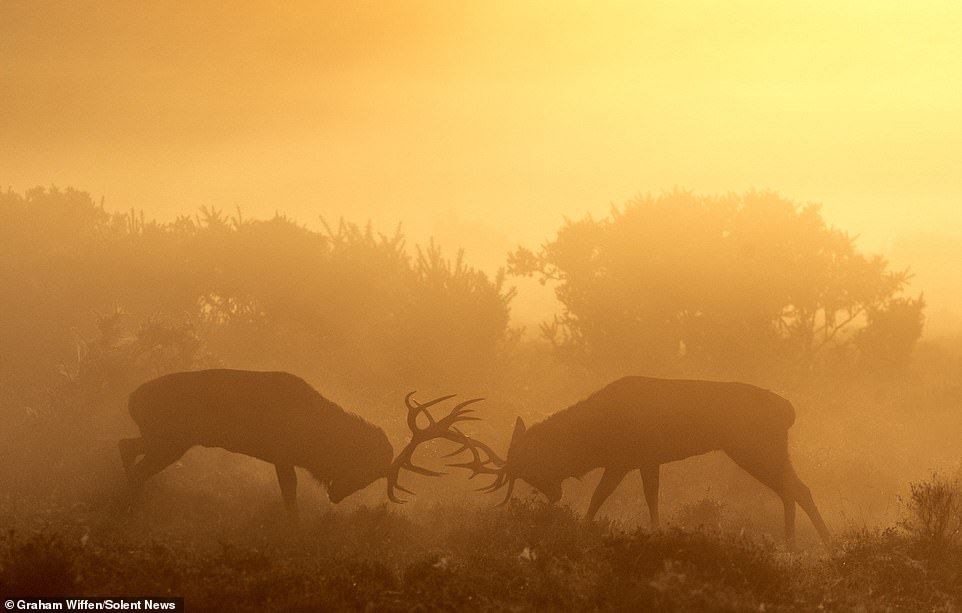 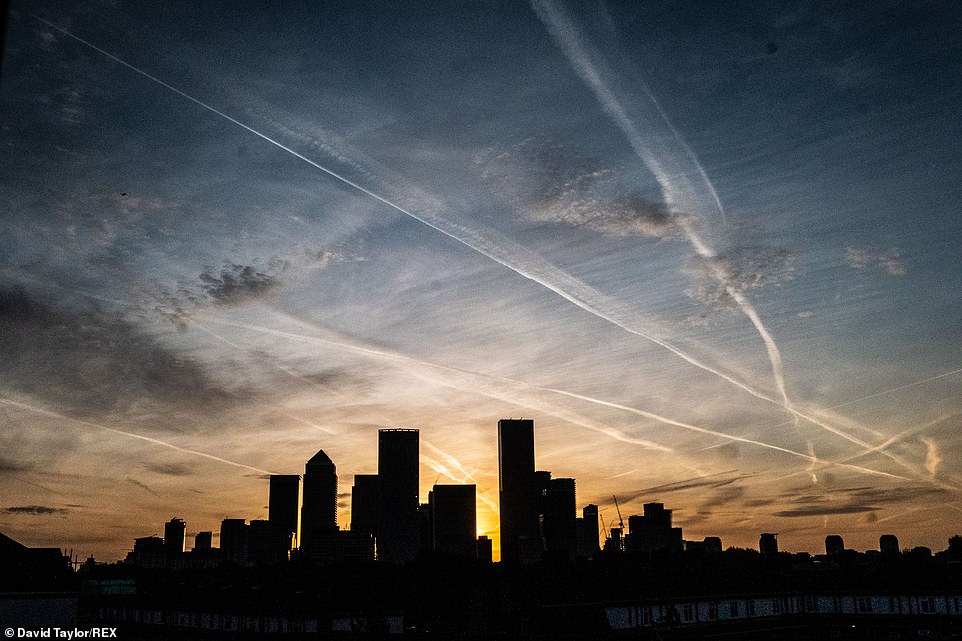 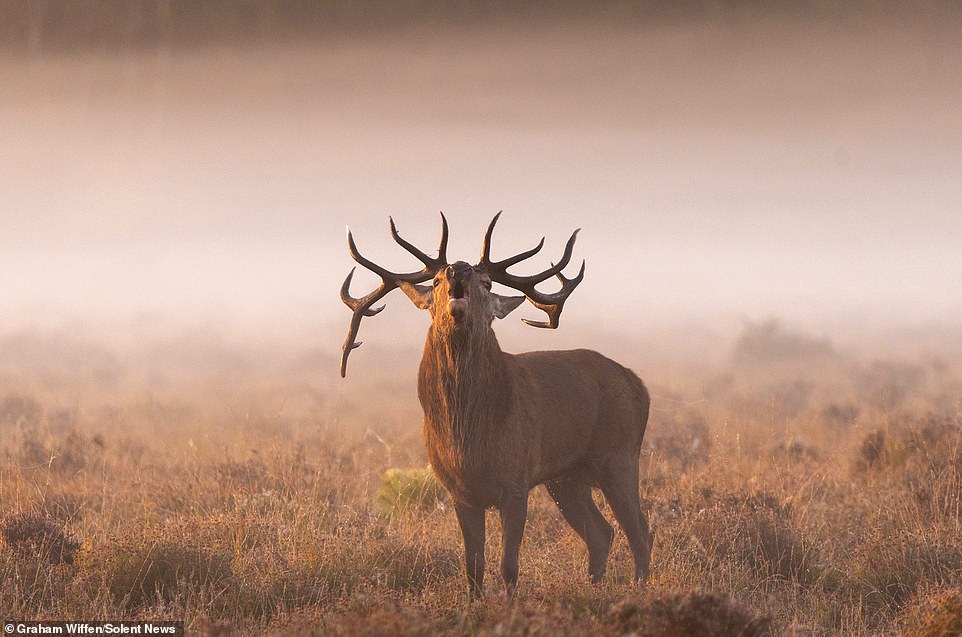 A deer bellows in the fog at sunrise this morning (above)

Met Office’s long distance forecast suggests that when we move to early November, colder conditions will be ‘established’, while wet and windy conditions will remain in the north and northwest.

During this period, temperatures will remain near or above average. However, there is a chance that colder conditions will be established in early November.

September 2021 was the second warmest on record for the UK, with Northern Ireland having its joint warmest September on record.

Scotland had its second warmest, Wales the third and England the joint third, according to preliminary figures released by the Met Office.