Coronavirus disease 2019 (COVID-19) pandemic caused worldwide health and economic crises. Many countries introduced lockdowns to help reduce the burden on healthcare. Recently, with the help of mass vaccination schemes, drug recycling programs and monoclonal antibodies, the pandemic has begun to be brought under control. 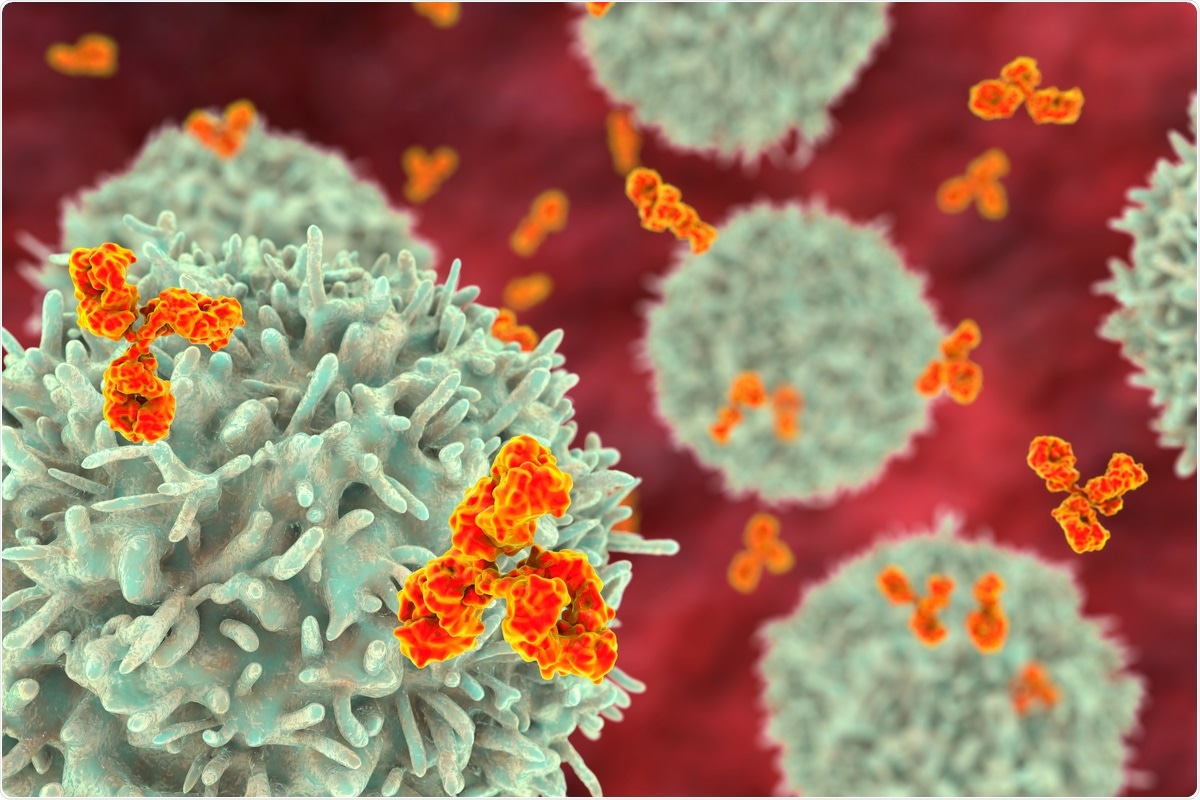 However, concerns are rising about concern variants, such as the Delta variant, which are known to avoid both vaccine-induced and natural immunity. In a study published in Immunity, researchers have studied the effect that memory B cells produced in people who have received an mRNA vaccine have against severe variants of severe acute respiratory syndrome coronavirus disease 2 (SARS-CoV-2).

Traditionally, vaccines are made from attenuated virus strains. The immune system is exposed to the attenuated form so that it can recognize viral cell surface proteins without the risk of infection. However, in rare cases, the weakened form can get new features from active viruses that are already inside the body, which can lead to safety issues.

mRNA vaccines avoid this problem; they use the cell’s own machinery to transcribe an mRNA strand encoding a viral protein. Without structural proteins or any way to reproduce viral DNA, these security issues are circumvented.

Most current SARS-CoV-2 vaccines target the receptor binding domain (RBD) of the S1 subunit of the spike protein. The spike protein is essential for SARS-CoV-2 pathogenicity RBD is responsible for viral cell entry and the N-terminal domain of the S2 subunit is required for membrane digestion.

Many variants of concern (VOCs) have mutations that alter the conformation of the spike protein, and studies have seen significantly lower antibody binding to altered spike proteins. Still, the vaccines so far are largely effective.

The researchers examined two groups of vaccinated individuals, those who had previously been infected with the disease and those who had not. The subjects were further divided into those who had suffered severe and mild COVID-19, with severe defined as requiring oxygen. A total of 17 serious cases and 26 mild cases were found.

All had received a dose of the Pfizer mRNA vaccine within six months of infection. For the virus-naïve individuals, they recruited 25 healthcare professionals with no evidence of previous SARS-CoV-2 infection, all of whom had received two doses of the vaccine. The study describes both of these cohorts as having received a ‘boost’, the second set from the second dose and the first set from previous COVID-19 infection.

When pre- and post-boost IgG serum titers were measured in previously convalescent subjects, strong increases were seen after vaccination, with a mean 24-fold increase in titer for severe patients and a 53-fold boost in mild patients. Naive patients received an average 25-fold increase after their second dose.

The researchers also tested the ability of sera from individuals to neutralize SARS-CoV-2. They used a focus reduction assay against SARS-CoV-2, which carries the D614G mutation, which alters the spike protein structure. Testing against authentic SARS-CoV-2 is unusual, and most researchers use pseudoviruses that require significantly fewer security measures.

The authors conclude that their research shows that both naive and previously infected vaccinated individuals show a high-affinity response to wild-type SARS-CoV-2 RBD and exhibit significant neutralizing activity and recognition of RBD variants.

Naive individuals show much slower response to RBD variants, but recent studies suggest that the affinity and diversity of this response will improve over time. These data may be critical in informing public health politicians and health professionals at a time when VOCs remain the biggest coronavirus-based threat, with the Delta variant accounting for the vast majority of new cases worldwide.

Knowing the threat to vaccinated individuals and how immunity is likely to change over time is crucial for administering the second dose and even the booster dose to risk groups such as the elderly, immunocompromised or people with severe respiratory illnesses.