A vibrant Manchester Derby with four goals and a red card, a wonderful goal from Frida Maanum as Arsenal remain unbeaten and a first win for Reading – it is fair to say that the Superliga for women certainly delivered this weekend.

The much-anticipated Manchester derby lived up to expectations as the two sides played an exciting 2-2 draw. In a game they had to win to keep their title hopes alive, Manchester City were down to 10 after forward Georgia Stanway was shown a red card for a dangerously high challenge on Leah Galton.

The tackle was a bad one, but the abuse she received on social media after the fight was disgusting. But Gareth Taylor’s side was able to take the lead with one player less as Khadija Shaw put them ahead with a clever header.

On the way into the later stages Manchester United turned the match upside down when Lucy Staniforth and Alessia Russo scored within minutes to put Marc Skinner’s side in front, but Ellen White was ready to save a point for City. The draw was a positive result for Taylor given the circumstances, but it also highlights how far the club has fallen this season. With a gap of 11 points between them and leaders Arsenal, their title challenge already seems to be over.

Down in London, Arsenal were able to bounce back from their hard-fought defeat to Barcelona in the Champions League in midweek by comfortably beating Everton 3-0 to maintain their perfect start to the league season. Maanum scored a sensational long-distance effort that lay in the top left corner to end the stunning victory as Jonas Eidevall continued his bright start in the Arsenal seat. His side sit at the top of the league table with a maximum of 15 points available, three ahead of their title rivals Chelsea. 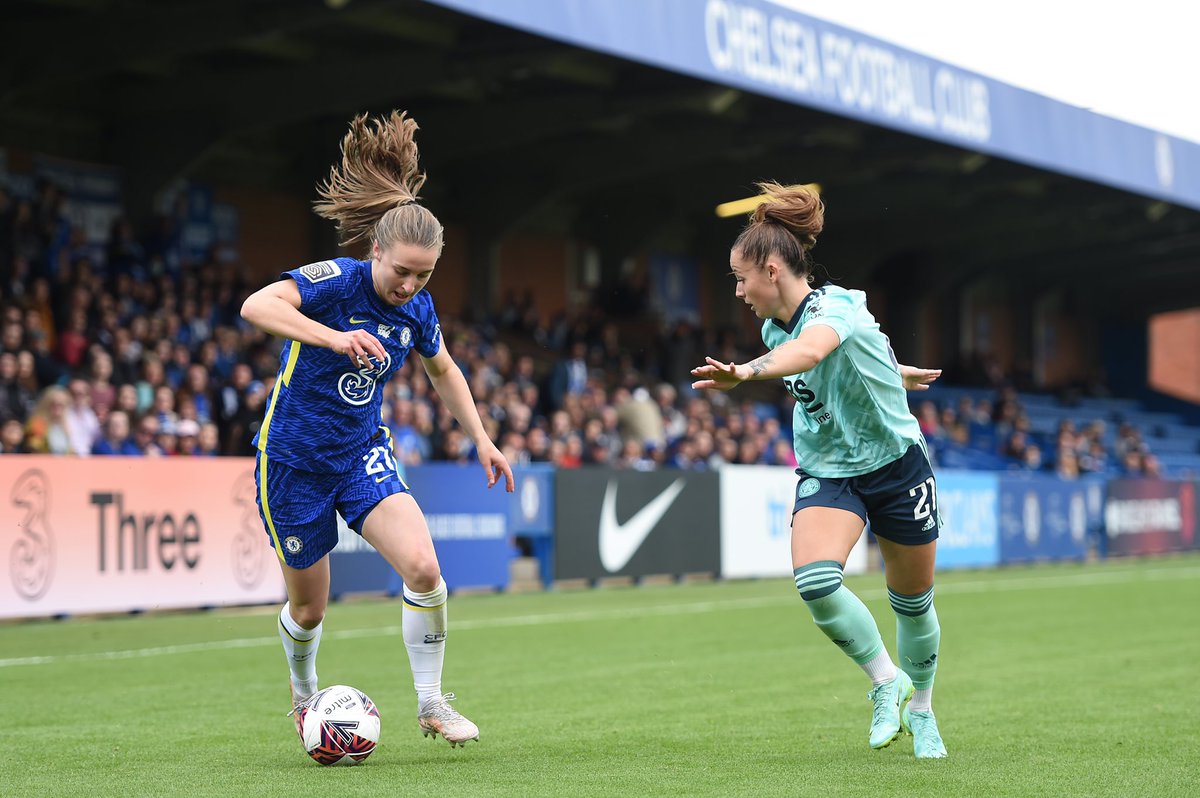 Meanwhile, Emma Hayes’ side made sure they continued their winning run to stay within range of Arsenal as they limited Leicester City to their fifth defeat of the season, with the Foxes still chasing their first points of the campaign. Hayes once again showed off her tactical intelligence as her side were able to seal the win late, with substitute Pernille Harder opening the scoring before Fran Kirby doubled the Blues’ lead in the dying seconds.

Elsewhere, Brighton continued their impressive start to the season by inflicting a first defeat on Tottenham Hotspur in a 2-1 scoreline, with Spurs’ Rachel Williams sent off late. Rehanne Skinner will be disappointed with her side’s performance as they lost ground to rivals in north London, and after scoring just seven goals in five games, they need to improve in front of goal to seriously challenge the top two.

After a tough start to 2021-22, Reading were able to get away with a 3-0 win over Carla Wards Aston Villa, with Amalie Eikeland and Rachel Rowe scoring within the first 20 minutes. The second team to get their first point on the board was Scott Booths Birmingham City, who held West Ham United to a 1-1 draw as former Blues striker Claudia Walker scored against her former employers before Louise Quinn pulled her level.

But Arsenal finish the weekend top and Hayes’ Chelsea are starting to pick up speed in second place. The title race is well and truly underway!