A police officer called ‘Britain’s toughest officer’ after fighting a machete attacker on his own has received a national bravery award.

Stuart Outten was repeatedly beaten over the head with a 2ft long blade after stopping Muhammad Rodwan’s white van for having no insurance in Leyton, East London, in August 2019.

On Tuesday, he received the National Police Association’s bravery award for his actions in disarming Rodwan. 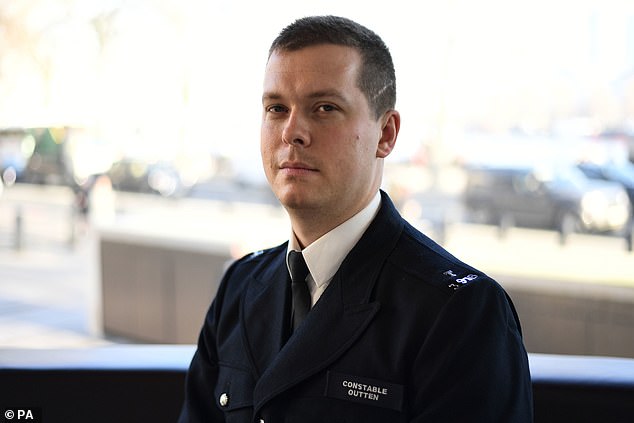 Stuart Outten, 29, survived several stab wounds and skull fractures after being attacked by Muhammad Rodwan during a routine traffic stop in Leyton, East London in August 2019 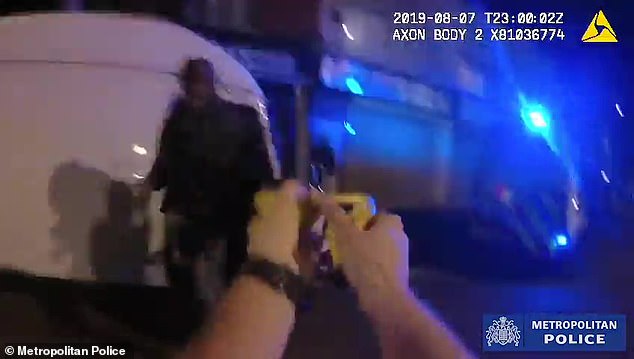 PC Outten was forced to insert his taser to subdue Rodwan, who attacked the officer with a two-meter-long machete. Rodwan, who was acquitted of attempted murder by an Old Bailey jury, was convicted of wounding with intent to cause grievous bodily harm 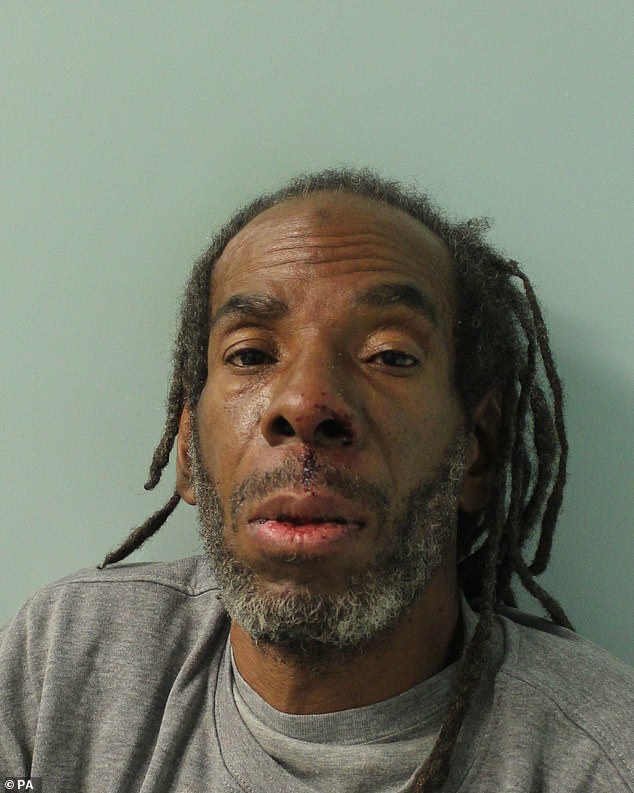 Rodwan in the picture, who had previously been convicted of rape and machete offenses, was jailed for 16 years in January 2020

The officer, 29, sustained multiple stab wounds and skull fractures during the attack, but managed to use his Taser to ward off the attack.

After Rodwan was jailed for 16 years in January 2020, Outten said he quickly realized he was fighting for his life when blows rained down.

He said: ‘Once he started hitting me in the head with the machete, I realized it was escalating very fast and I now had to fight for my life.

‘I specifically remember when I fell to the floor, after firing the first (Taser) shot and aiming at the second (thinking) that if this does not work, it could be.’

Pc Outten has already received a Metropolitan Police bravery award, and an acknowledgment voted by listeners to LBC radio.

John Apter, President of the Police Federation of England and Wales, who presented the trophy of honor to Pc Outten, said: ‘We have the finest policemen in the world – dedicated civil servants who without hesitation put themselves in danger to protect others.

‘They are humble, professional and committed people, which I am proud to call my colleagues.

‘Police officers are everyday heroes who are anything but ordinary.

‘My congratulations go to PC Stuart Outten and all the nominees for the Police Bravery Awards. They deserve every recognition they receive. ‘ 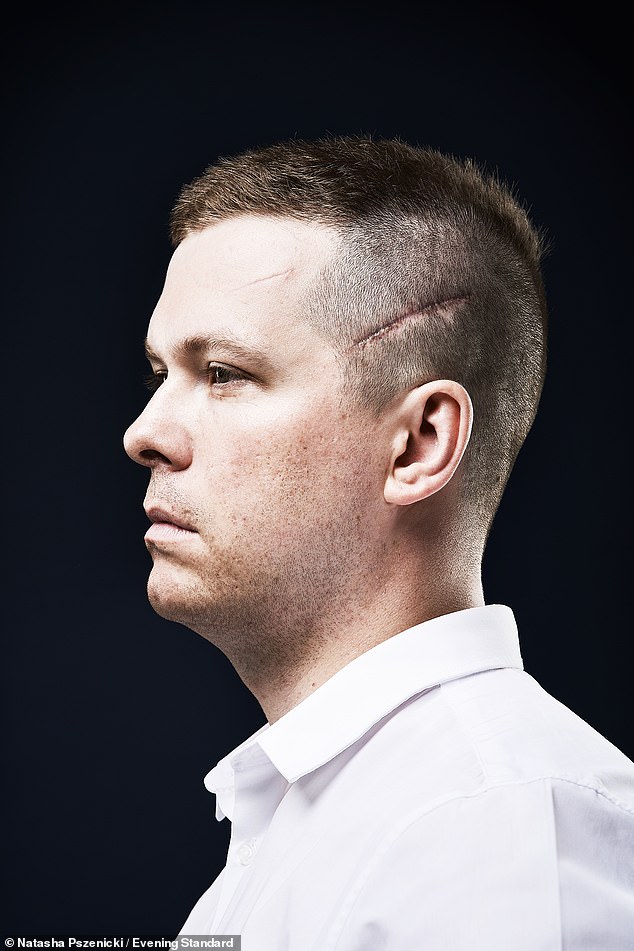 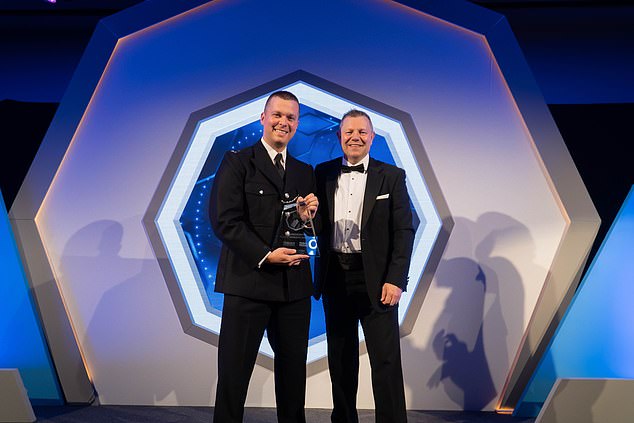 The Police Federation 2020 Bravery Awards, postponed from last year due to the pandemic, were marked with a ceremony in central London where guests attended, including Home Secretary Priti Patel, lawyer and TV station Rob Rinder and National Police Chiefs Council chairman Martin Hewitt .

In a statement of support for the nominees ahead of the ceremony, Prime Minister Boris Johnson said: ‘As frontline workers in the truest sense of the word, you have been instrumental in helping us fight Covid-19.

‘I salute you all for the role you have played.

‘My admiration for you and your fellow officers and staff, who are already high, has only increased because of the role you have played over the last 18 months, and I would like to take this opportunity to pay tribute to all the nominees for this police force. Awards for your outstanding achievements. ‘

Sir. Apter, pictured, praised Pc Outten and the other officers nominated for bravery awards this year

Pc Outten was the overall winner from a list of regional winners that included:

– Three Durham Constabulary officers – Sergeant Simon Hogg, Pc Paul Cowling and an unnamed colleague – who disarmed an armed man who fired at them in an attempt to end his life with ‘suicide by policeman’.

– Staffordshire Police Officer Pc Kristian Avons and Sergeant Amos Durose who stopped a knife man from killing his partner in an incident at the home.

– Pc Geoff Marshall from Derbyshire Police, who risked his life to help sand a dam under the threat of collapsing in Whaley Bridge.

An unnamed Essex officer was stabbed 11 times at his own front door in a targeted attack, but managed to arrest the knife man.

– Pc Roz Fricker, from Dorset Police, who was attacked when she tackled a hammer-conscious man who threatened the public.

– Stk Richard Shea and Matt Reynolds, from North Wales, who tackled an allegedly armed man who had forced himself into the home of a woman he had previously allegedly sexually assaulted.

– Married couple Pcs Jack and Joanna Wilber, from Greater Manchester Police, who were fighting a violent gang outside their home. Mrs. Wilber was pregnant at the time.