In the digital age, every byte of data has to go somewhere – and preferably stay there for a long time. The last part is a big problem when it comes to data storage systems, which typically last less than 20 years. A group of Harvard chemists are trying to solve the problem with an innovation that looks like droplets of ink.

In a new paper in ACS Central Science, researchers from the laboratory at George Whitesides describe a new storage method that uses mixtures of seven commercially available fluorescent dyes to store data files. The dyes are dropped by an inkjet printer and read with a microscope that can detect the different wavelengths of light each dye emits. The researchers then decode the binary message in the molecules back into documents, books, photos, videos or anything else that can be stored digitally.

Theoretically, data can be stored for a very long time – thousands of years or more. The long timeline for molecular data storage options is better than for current data storage media devices, such as flash drives, Blu-rays, magnetic memory strips, and computer drives, which can store information for up to 40 years, have strict size limits, and are susceptible to water damage and hacking.

Another shortcoming of traditional storage processes is that they waste energy. Even the cloud has a storage limit, requires huge and expensive physical servers and is obviously susceptible to infringement.

“This method could provide access to archive data storage at a low cost,” said Amit A. Nagarkar, co-author of the paper, which conducted the research as a postdoctoral fellow in the Whitesides Laboratory. “[It] provides access to long-term data storage using existing commercial technologies — inkjet printing and fluorescence microscopy. ”

The dye method can be particularly useful with information whose storage is regulated — e.g. Financial and legal records — and in cases where long-term storage is essential, as with satellite data. The dyes live outside the hackable internet, are relatively inexpensive to produce and cannot be read without a special microscope. The technique uses no energy when the data is recorded.

The dye molecules are dropped on an epoxy surface to which they are chemically bonded, locking information in place. To translate the information into the different dyes, the researchers used the American standard code for information exchange. Each number, letter and pixel in the data they want to store is represented by a group of one and zeros, depending on whether a particular dye is absent or present. The fluorescent microscope they use detects the presence or absence of the dye molecules. Knowing what dyes are, they can decode the binary message. The researchers report that the information can be read with 99.6 percent accuracy, and on a 7.2 x 7.2 millimeter surface, they could write 1,407,542 bytes of digital information with the dyes.

Harvard has licensed the technology to a new digital data storage company founded by Nagarkar, Whitesides, Woodford L. and Ann A. Flowers University Professor and former postdocs Michael Fink and Alexei Ten, to develop the methods for a commercial product. Still in its early stages, the company pursues opportunities for partnerships with data storage providers. 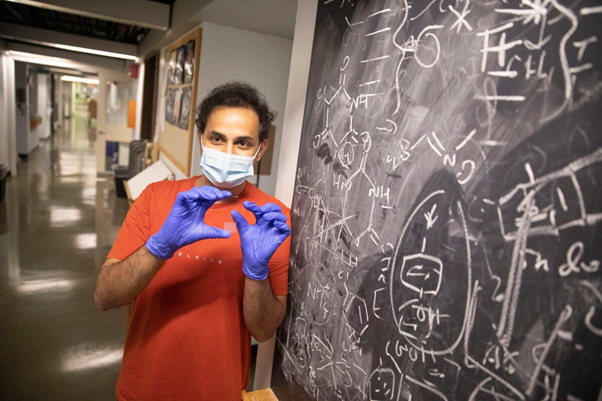 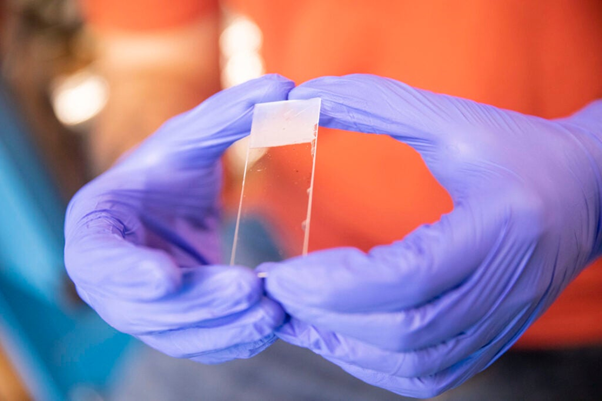 For years, researchers have been researching the use of various molecules and even synthetic DNA to store information, including GIFs, text and music, only to be thwarted by factors such as cost and the slow read and write speeds of these technologies.

The dye method offers an enticing alternative because of its speed and cost. The system writes information at an average speed of 128 bits per second. Second and reads it at a speed of 469. It is believed to be the fastest reported read speed for any molecular information storage method.

As a demonstration, the researchers stored a landmark paper by Michael Faraday along with a JPEG image of the 19th-century English physicist and chemist. They chose Faraday because of his basic work on electromagnetism and chemistry, which paved the way for electricity to become useful as a practical technology and ultimately led to the modern age, said Samuel Root, a postdoctoral fellow in Whiteside’s lab and co- author of the current paper.

Researchers believe that data storage methods such as dye innovation are becoming increasingly important in the 21st century. “In the future, we will have to store large amounts of data when our society transitions to a digital society,” Nagarkar said.

This work was supported by the US Defense Advanced Research Projects Agency.

Strange radio waves from the heart of the Milky Way

NYC man dies after being thrown from car with gunshot wounds