Kick off time, highlights and results from CommBank Stadium

Matilda’s boss Tony Gustavsson has reminded his team not to get carried away by last weekend’s exciting 3-1 victory over Brazil.

About 19 months after their last match at home, Australia beat No. 7 Brazil in front of a healthy crowd at the newly renamed Commbank Stadium.

The last time the Matildas played in Australia was in March 2020, when they defeated Vietnam.

While Matildas, who are currently number 11 in the world, have won their last six internationals against Brazil, their head coach does not want them to get ahead of themselves. 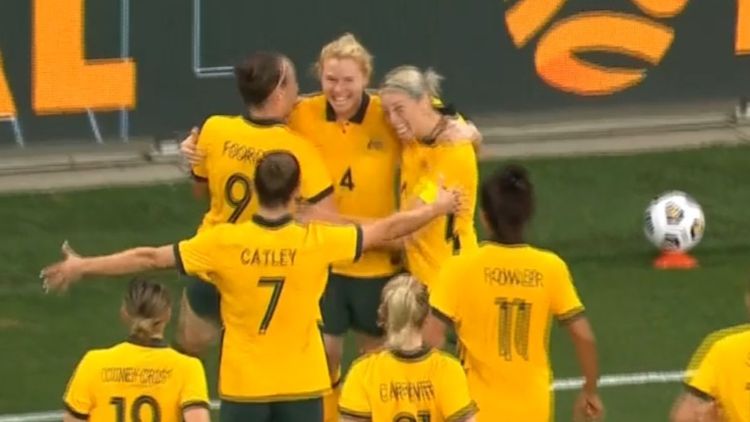 “We have to remember that we are playing against a Brazilian team that is rebuilding right now, with many debutants and a whole new team, also with Marta and Debinha on the bench most of the time.

“I think we need to balance this performance a little bit.

“Are there any impressive things in there, some things I’m happy about? Yes, but we need to remain humble and realize that we still have a lot of work to do.”

The Matildas will face Brazil again tonight at Commbank Stadium, with a kick-off from 20.05 AEDT.

BC rollout of vaccines for children continues despite floods – BC News

Dinwiddie and Nicastro up to CFL prices