Serious adverse reactions were reported following the AstraZeneca ChAdOx1-S-nCoV-19 vaccine (ChAd). This led the European health authorities to recommend the preferred second dose to be the Pfizer BNT162b2 vaccine (BNT) as a booster for patients under the age of 55 who received the first dose of ChAd. 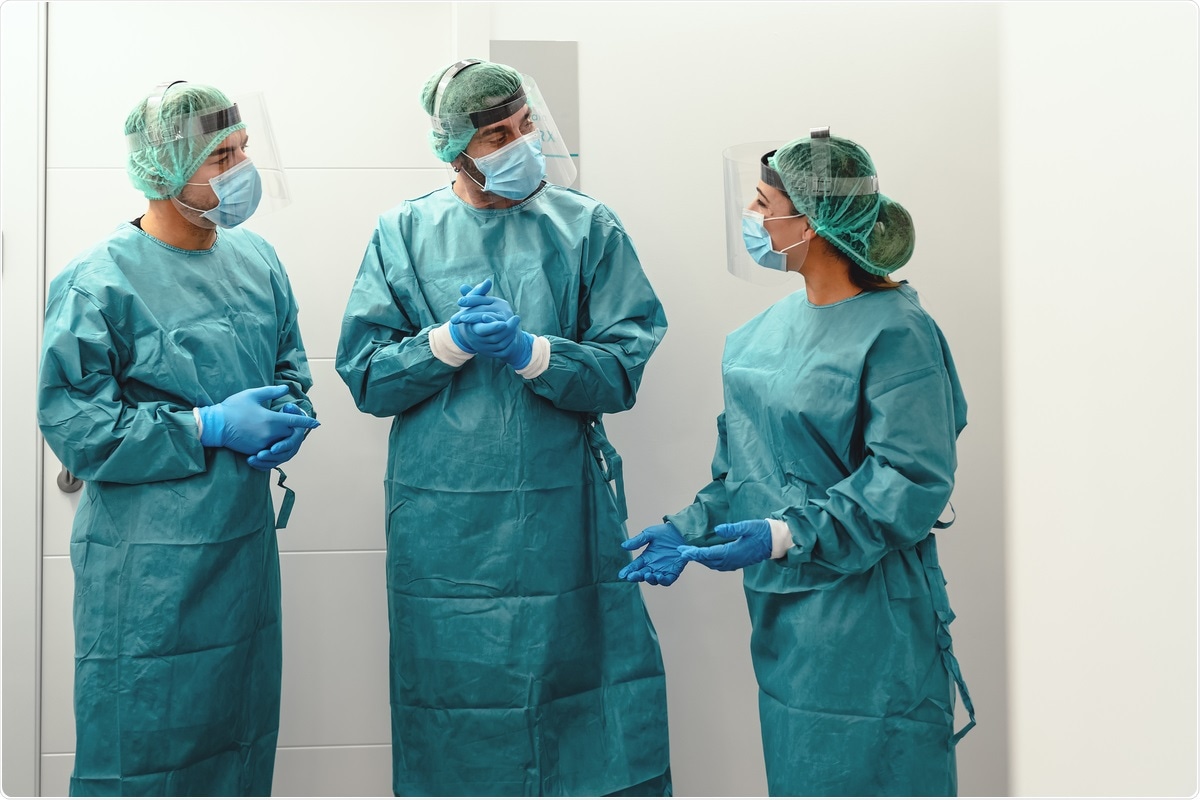 A new study published in Nature revealed that the heterologous ChAd / BNT combination (as the first and second dose) provides better protection against severe acute respiratory syndrome coronavirus-2 (SARS-CoV-2) infection than the homologous BNT / BNT combination in an observational study from the real world of healthcare professionals (HCWs).

This study involved a longitudinal study comprising 13,121 HCWs; the anti-spike immunity assigned by each vaccine combination was assessed. Here, data were extracted from the occupational medicine database at the University Hospital of Lyon (Hospices Civils de Lyon, HCL), France.

It was noted that ten infections occurred among 2,512 individuals in the heterologous vaccination group compared to 81 infections among 10,609 in the homologous vaccination group. The results showed that both vaccine combinations induced strong anti-spike antibody (Ab) responses. However, sera from heterologously vaccinated individuals showed a stronger neutralizing activity, regardless of the causative SARS-CoV-2 variant.

It was noted that this increased neutralization potential was consistent with increased frequencies of switched and activated memory B cells recognizing the SARS-CoV-2 Receptor Binding Domain (RBD). Meanwhile, ChAd induced a weaker IgG response but a stronger T cell response than BNT after the first dose. Thus, the heterologous vaccination regimen may be suitable for immunocompromised individuals.

The ability of the sera to prevent VeroE6 cell infection with SARS-CoV-2 isolates belonging to different Clades was tested. The ChAd / BNT vaccinated individuals showed 2.3-fold to 3.6 higher serum neutralizing Ab titers against the different variants than individuals from the BNT / BNT group. These results suggested that the neutralizing potential of Abs generated by heterologous vaccination is less affected by peak mutations occurring in Variants of Concern (VOCs) than Abs induced by homologous vaccination.

In addition, the T cell response of those vaccinated against RBD peptides was monitored longitudinally using a whole blood interferon (IFN) γ release assay. The results showed that the T cell response was higher after ChAd immunization than after BNT priming and was similarly increased at BNT boost. Both vaccination regimens could trigger a progressive increase in the frequency of S-reactive CD4 and CD8 T cells from the pre-vaccine to post-booster phase. In addition, the heterologous combination resulted in a stronger CD4 T cell response, both after the primary dose and the booster, and an increasing trend for the CD8 T cell response after the booster dose.

In addition, the neutralizing Ab activity was associated with the S1 or RBD-specific IgG titers, regardless of the variant analyzed, and was not associated with IgA levels. These results indicated that better neutralizing Abs are produced from sustained B-cell activation. The Abs quality therefore underlies the superior neutralization potential of the Abs response induced by heterologous vaccination.

In addition, one study compared vaccination plans with the same prime-boost range. The results showed that at short intervals, the humoral responses induced by both regimens were comparable. At the same time, a longer interval between the two doses could facilitate the synergy between heterologous vaccines.

The results of this study presented a real-world observational delineation of the heterologous ChAd / BNT regimen in HCWs. The results confirmed that such a modification provides stronger protective immunity than the homologous BNT / BNT prime-boost scheme. Nevertheless, confirmatory studies and a longer follow-up are recommended to establish the above findings and refute confusing factors, for example – different levels of exposure to the virus among subjects.

The results herein suggested that the heterologous ChAd / BNT combination might be particularly suitable for immunocompromised patients.