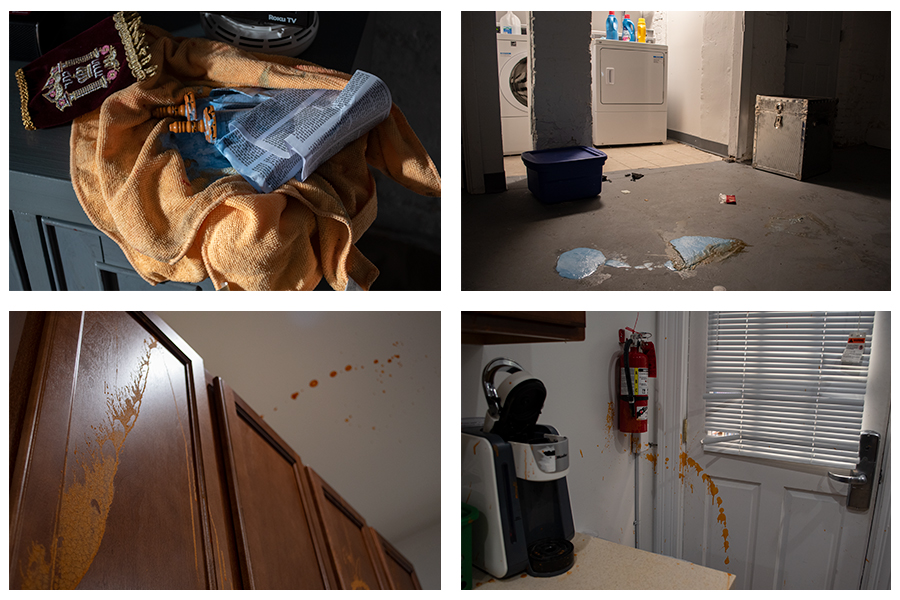 Police are investigating the desecration of a Torah scroll in Tau Kappa Epsilon’s house on campus during a break this weekend.

University President Thomas LeBlanc and student groups condemn the vandalism as an act of anti-Semitism as the GW Police Department and Metropolitan Police Department investigate the incident as a suspected hate crime. Members of the TKE said they found hot sauce smeared all over the kitchen table and fire alarms torn off the walls, but the other religious texts owned by the fraternity were left unharmed.

“I want to be clear: I condemn all such acts of anti-Semitism and all forms of hatred, discrimination and bias in our society,” LeBlanc said in a statement Sunday night. “Any act of anti-Semitism is an attack on the entire GW community and cannot and will not be tolerated.”

Chris Osborne, chairman of TKE, had said Sunday that the Torah scroll was one of several religious texts belonging to the chapter that usually use them to curse new members of the fraternity in. But Osborne said other religious texts , all of which were kept in the basement of TKE’s house, were left undamaged, but a Bible was moved from its original place.

LeBlanc said in an email to the GW community that the GW Police Department is actively working with the Metropolitan Police Department to identify the perpetrators. The Greek life and staff of the college provide assistance to students directly affected by the vandalism, he said.

“The violation of the Torah scroll is a direct and serious act of hatred and an attack on Judaism and the Jewish people,” LeBlanc said. “Any act of anti-Semitism is an attack on the entire GW community and cannot and will not be tolerated.”

LeBlanc said students with relevant information are asked to contact GWPD at 202-994-6111. He urged GW community members seeking support to use the university’s resources, including the Office for Diversity, Equity and Community Engagement and Counseling and Psychological Services.

“I am committed to making all necessary resources available for this study and supporting our community,” he said. “In this difficult time, I trust that our students, faculty, staff and alumni will meet to support each other and ensure that we continue the work of building the welcoming and inclusive university that our community has come to expect and deserve. . “

A female student reported that she was harassed in Hensley Hall when a picture of a swastika was sent to her living room on October 19th. The case remains open from Sunday afternoon.