WA Wheatbelt is the last place in the world you can expect to spot a little penguin, but the flightless seabird is helping to start a conversation about climate change from the state’s agricultural heartland.

Billionaire philanthropists Andrew and Nicola Forrest have commissioned a series of murals that coincide with the start of COP26 in an attempt to get people in regional Australia to think about how climate change is affecting them.

The paintings by artist James Giddy show small penguins walking through a lupine crop and a Simmental bull hosting a landscape of windmills in his body on an aging water tank and a disused house in Wickepin, about 200 km southeast of Perth.

To dive into the unknown

Giddy said his work often removed individuals and animals from their familiar environment to challenge viewers to reevaluate their existing understanding of the subject.

“[The Forrests and I] shared a mutual interest in creating more conversation about climate change as an issue globally, but bringing that conversation back to WA, “Mr Giddy said.

“The reality is that regional Australia will be severely affected by the changing climate, but with the huge space and exposure to sun and wind, it has the potential to reap significant benefits.

“This was an opportunity to use art as a lever to create that conversation.”

Mrs Forrest said she hoped the work would spark the conversation and send the important messages from COP26 home to Australia. 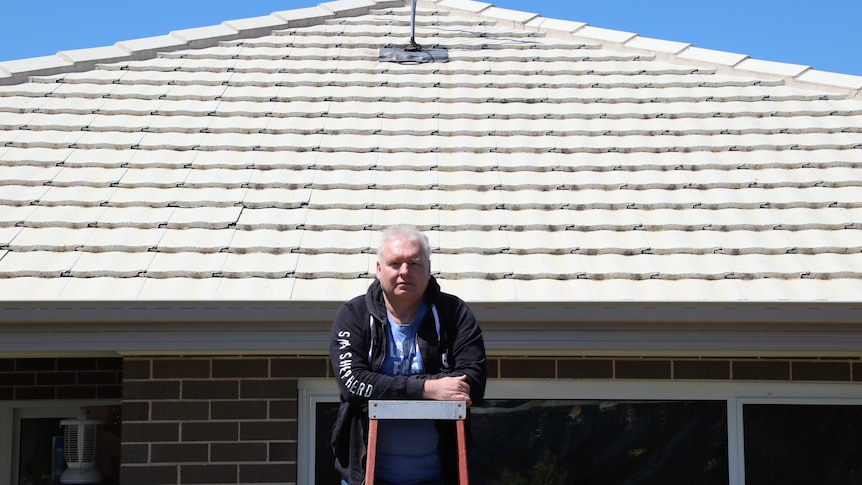 Summer temperatures are skyrocketing, those burned out in the black summer are being rebuilt, and water flows have been down for decades. While leaders gather in Glasgow, Australians are already dealing with the effects of a warming planet.

“We believe in harnessing the transformative power of art to change attitudes and change the world,” she said.

Sir. Giddy said the first works in the series were developed in Wheatbelt because the region is rich in renewable resources such as wind and energy.

The project will fund two more works that will be painted in Perth in the coming weeks when COP26 closes.