If you can believe that Battlefield 2042 is almost here, then you will be pleased – or perhaps disappointed – to know that the PC version of the game is the only one that will have support for ray-tracing.

NVIDIA will be super powerful Battlefield 2042 with support for both Deep Learning Super Sampling (DLSS) for AI-boosted performance, while Reflex technology will take care of your flick movements. Graphically, EA DICE has used Ray-Traced Ambient Occlusion in Battlefield 2042, and it’s only on the PC.

Battlefield 2042’s inclusion of Ray-Traced Ambient Occlusion will “adds precise shadows where game elements close the light. Be it between a soldier and a wall, a tank and the asphalt, or leaves and earthYou need GPU chops to power it: a DXR-compatible graphics card, which is obviously best on GeForce RTX with its dedicated RT Cores to boost ray tracing workloads. 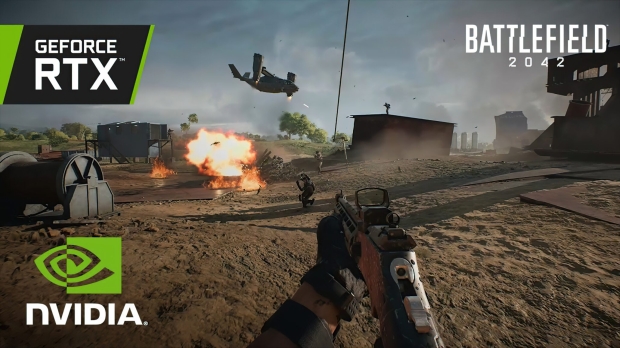 DICE said in a recent ResetEra forum: “Something to explore after launch, potentially. Resolution is not an issue, we are hammering hard on the 128-player CPUs, and the CPU requirements to jump from 60 to 120 fps are not trivial. Reducing resolution will not be much of a help“.