The Queen has urged world leaders to look beyond their own lives and “respond to the call of future generations” with an ambitious agreement to tackle climate change.

In a speech delivered via video to more than 120 leaders in Glasgow at the climate conference, she said “none of us will live forever” and urged them to rise above “the politics of the moment”.

The Queen, who had been on her way to the talks in person until she was told by her doctors to rest, said neither she nor those negotiating in Glasgow would enjoy “the benefits of such actions”. But a successful Cop26 would help “our children and our children’s children”. 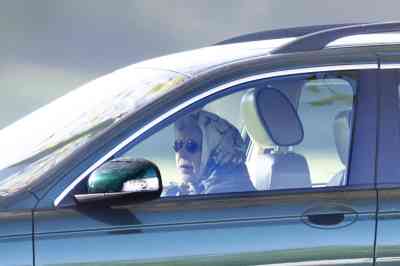 The queen, who was asked by doctors not to attend the conference in person, took her Jaguar out to drive this morning

She added: “It has sometimes been observed that what