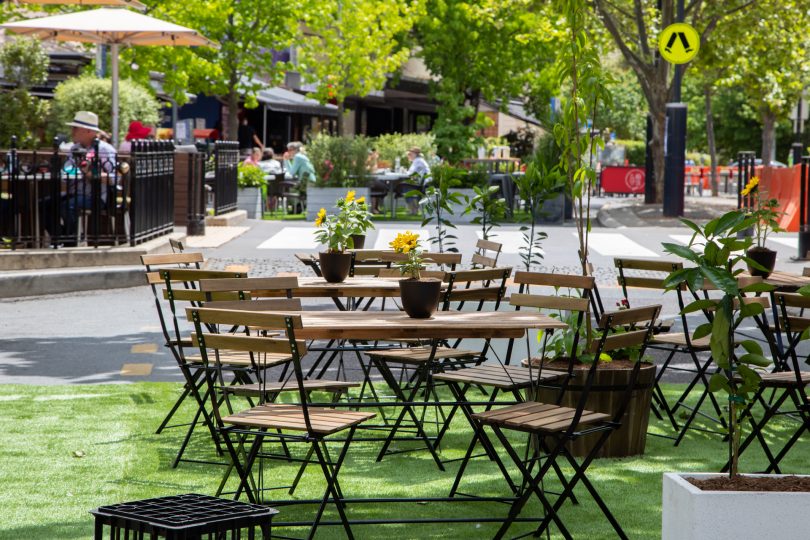 The ACT government’s new Outdoor Activation project has come under fire in Manuka, with opponents claiming road closures are affecting business and pieces of fake grass are not doing much to attract new diners to the area.

As part of the plan, one side of Franklin Street has been completely closed to traffic, with tables and chairs set up on the road.

“It looks awful,” said Manuka Newssagency owner Matt Nobbs. “I have received pictures morning, lunch and evening of the last three days, and nothing has changed.

“At 2 o’clock the handful of people who were out there on the road, they moved back to normal seating because it was too hot.

“It is a nuisance for all our customers, and there was no correspondence with the locals. There has been no promotion. They have simply rolled out fake grass and put chairs and tables on it. ”

A two-week pilot to test outdoor dining in Manuka started on October 29 to help the hotel industry and improve the area’s nightlife.

One side of Franklin Street has been completely closed as part of the ACT Government’s new Outdoor Activation Taskforce. It was introduced by the Minister of Business and Better Regulation Tara Cheyne as “a staged, thoughtful process” that would “welcome business ideas”.

Opponents say they have become frustrated, but somewhat justified, after the “street eating” seemed to underperform over the weekend, with customers instead choosing to use regular dining options.

After observing patronage over the weekend, Mr Nobbs believes common sense would be to give up eating on the streets of Franklin Street.

However, the manager of Caph’s Restaurant & Bar in Franklin Street, Elijah Notaras, welcomed the initiative.

“People love it,” he said. “It has opened the street a little more and added something new to Manuka that it has been missing for a while.”

Sir. Notaras believes that wind in the late evening was the main problem last weekend, and the pictures that Mr Nobbs took at 19.00, reflected customers who responded to it, despite enjoying the opportunity for outdoor dining. 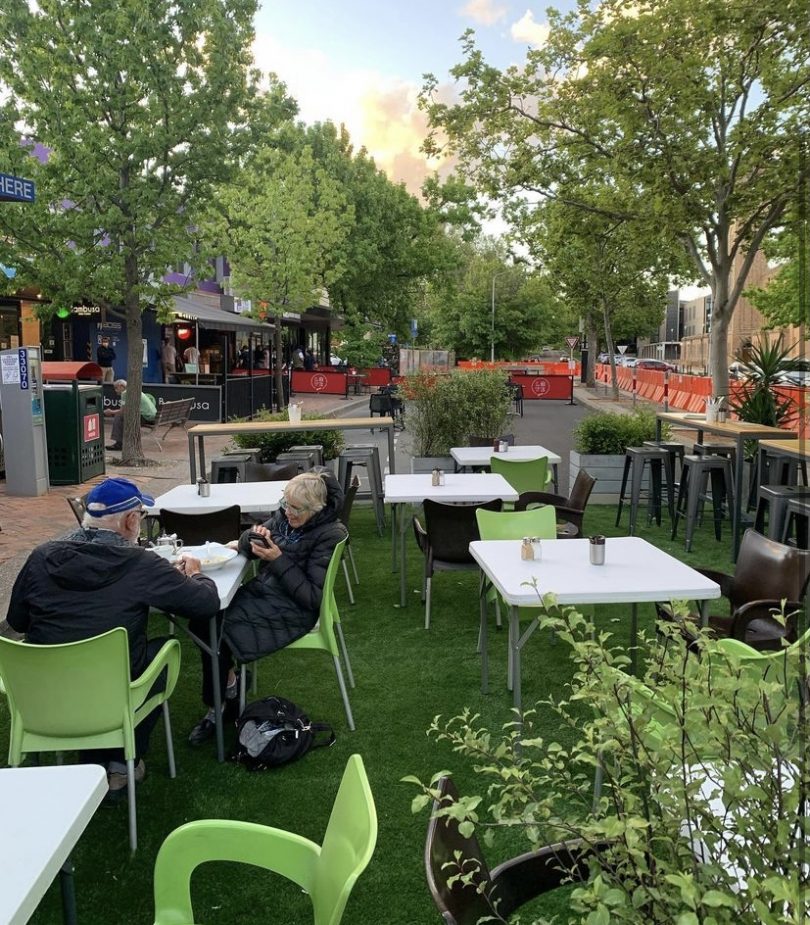 Outdoor space at Manuka: the wind had an impact on outdoor dining. Photo: Matt Nobbs.

A spokesman for the ACT government said they remained committed to supporting innovative ideas that would help the economic recovery of local businesses, but they would evaluate the results in Manuka after a two-week pilot project.

“The pilot aims to provide more opportunities for businesses to operate in a COVID-safe way and expanded outdoor dining for Canberra’s bars, cafes and restaurants,” the spokesman said.

“All hospitality businesses on the street participate.

“The ACT government will monitor the pilot … to understand how similar outdoor activations could be rolled out across the ACT to help make the city more vibrant.”

Sir. Nobbs said he and other local business owners collaborated on a proposal that would make use of the walkways and still add a significant amount of space for outdoor dining, but that would not require one side of the street to be closed.