Existing antibodies to endemic CoVs that cross-react with SARS-CoV-2 have the potential to affect the antibody response to SARS-CoV-2 vaccination and infection. The size of cross-reactive antibodies found in the current study published on medRxiv * preprint server correlated well with responses to the SARS-CoV-2 peak protein and the S2 subdomain. 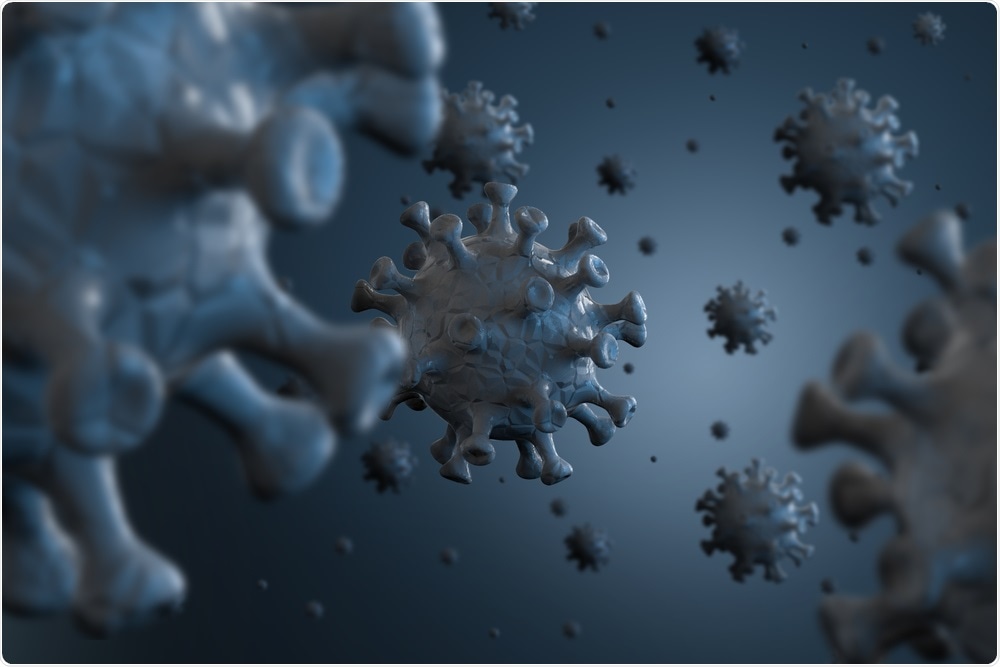 The human immune system tends to preferentially utilize immunological memory based on a primary infection when a secondary and slightly different variant of the pathogen is encountered, resulting in a biased response to the new strain. The phenomenon, otherwise known as original antigenic sin, can reduce the formation of neutralizing antibodies and thereby attenuate the effective clearance of the new virus.

This phenomenon has been established for influenza and dengue viruses and has recently been suggested to exist for SARS-CoV-2 infection. This implies that lower titers of neutralizing antibodies to SARS-CoV-2 may be the result of the boosting of pre-existing cross-reactive viruses.

Another phenomenon that has been suggested to exist for SARS-CoV-2 infection is an antibody-dependent enhancement (ADE). ADE is described as when cross-reactive antibodies induced by previous exposure to a related pathogen promote infection of cell types carrying antibody Fc receptors, thereby potentially increasing morbidity and mortality.

Although observed in vitro, there has not been ample evidence for the existence of ADE in relation to SARS-CoV-2 in vivo. However, the establishment of ADE in the case of dengue fever has given rise to concerns about the improvement of coronavirus disease 2019 (COVID-19).

Three different cohorts were included in the current study to assess the antibody profiles in this observational study. The first small cohort consisted of COVID-19 convalescent individuals for whom serum and mucosal samples were available.

Second, a larger cohort of convalescent plasma donors, acutely infected individuals, and pregnant women infected in their third trimester. The third cohort consisted of subjects for whom samples were available before and after infection. A cohort of healthy adults was included, which consisted of individuals vaccinated with the SARS-CoV-2 messenger ribonucleic acid (mRNA) vaccine, as well as pregnant women vaccinated in their third trimester. All samples were analyzed along with samples from naive and historically negative controls.

The N-terminal domain (NTD) of SARS-CoV-2 containing the receptor binding domain (RBD) showed lower sequence homology with the corresponding subdomains of endemic CoVs compared to the S2 subdomains. However, overlay of the SARS CoV-2 S1 and S2 domains with the most well-conserved broad-circulating endemic human CoV OC43 showed high structural conservation in S2 and NTD, as well as a complete lack of homology in RBD.

Based on both structural and sequence homology, the team suggested that pre-existing antibodies raised against endemic human CoVs are more likely to target the better conserved regions of SARS-CoV-2 as S2 and less likely to recognize RBD.

The team also found OC43-specific immunoglobulin G (IgG) in both serum and mucosal samples, as well as mucosal IgA but not IgM, in acutely infected subjects two weeks after COVID-19 diagnosis. This finding indicates that these elevated responses were real and not due to newly induced antibody lines with cross-reactivity to OC43. Testing of serum samples before and after SARS-CoV-2 infection reinforced the hypothesis that pre-existing clone families were boosted by the SARS-CoV-2 infection.

Antibody responses to SARS-CoV-2 and endemic CoV peak proteins were measured in different cohorts. While antibodies to SARS-CoV-2 were induced across all isotypes, only IgA and IgG responses to endemic CoV were greatly enhanced, and only among naturally infected but not vaccinated individuals. These recalled, cross-reactive responses to endemic CoV primarily recognized the better conserved S2 domain and were non-neutralizing. While other antiviral activities of broadly cross-reactive S2-specific antibodies are not known, the different antigenicity of natural infection and vaccination with stabilized pre-diffusion tip has potential implications for the breadth and level of protection afforded by each.

Compared to naturally infected and vaccinated individuals representing exposure to unstabilized and proline-stabilized S antigens, respectively, the immunogens were sharp contrasts. The immune response generated from vaccination with the SARS-CoV-2 nail protein stabilized in the prefusion conformation had either very weak or no cross-reactive profiles, suggesting critical importance of the conformational state of the nail protein for resulting humoral responses.

In addition, the high levels of neutralizing activity resulting from vaccination suggest a favorable antigenicity of the prefusion conformation of the nail protein and that the cost of original antigenic sin can be avoided by immunogenic design.

In summary, this study provides evidence that antibodies directed against OC43 are highly potent in response to SARS-CoV-2 infection but not vaccination with stabilized S, and that the S2 subdomain of the nail protein is likely to be responsible for triggering a recall, IgG-dominated response. “

Neutralization is not the only mechanism by which antibodies provide protection, as cross-reactive antibodies could also interact with the receptors for the Fc region of antibodies found on the surface of innate immune cells and promote protective effector functions.

Therefore, the researchers in the current study emphasize the need for further work in order to characterize the effector function potential of these antibodies. Future work should also focus on understanding their role in vaccine-mediated protection in order to provide a more complete picture of the relative risks and benefits of this recall response relevant to vaccine design, particularly in relation to viral variants of concern.