Skip to content
While Kingsford Smith finally abounds with passengers after a long 19 months, across the city is the transformation of Sydney’s second airport is taking shape with the work of starting at the terminals within a few weeks.

Since bulldozers moved into what will become known as Nancy Bird Walton Airport, 20 million cubic meters of land have been moved.

In what has become the biggest earth-moving challenge in the nation’s history, the site takes shape with a new timelapse showing the technical feat using 3D survey scans combined with satellite images to capture the changes on the 1780-acre site.

9News has been given exclusive access to the site, where you can watch the runways, runways and terminal basement take shape.

The airport has already pumped more than $ 100 million into businesses in western Sydney with more investment and jobs coming in the new year for the surrounding suburbs.

“In addition to this direct investment, we know that the flow-on effects of this economic stimulus go much further when it comes to boosting the local economy, whether it is the construction worker who buys lunch at the local café or tanks. fuel at the local gas station, “Western Western. Sydney Airport CEO Simon Hickey said.

“Half of the project’s workforce is from western Sydney, exceeding the construction phase target of 30 per cent.”

When the airport opens in 2026, at least 50 per cent of the people working there must be from western Sydney.

“It is expected that there will be around 28,000 jobs at the airport and indirect jobs,” said Infrastructure Minister Paul Fletcher.

“This project will be a game-changer for the people of Western Sydney who want to work closer to home and have more time to spend with their families, not just in the construction phase, but for many decades to come,” Hickey said.

“It is more important than ever that a nation-building project like Western Sydney International moves forward with the task of creating jobs and driving the local investment that Western Sydney needs to recover from the pandemic.”

Two Ways Cranes director Frank Zammit is a subcontractor on the major earthworks.

“I am a proud Bringelly boy and have lived in Western Sydney all my life,” he said.

“My family were local milk producers in the area and it’s so exciting to see the progress that’s happening here and be a part of it. 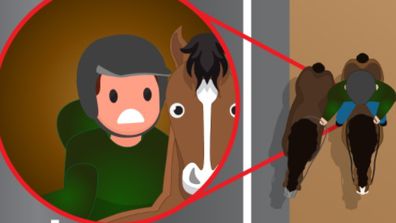 What to do if you are facing a horse on the road?

“It’s exciting to play a role in the future development of western Sydney, and it’s great to see the opportunities that the airport already offers local businesses and workers.”