By Tita Smith for the Daily Mail Australia

Dramatic scenes have erupted at the Melbourne Cup as screaming animal rights protesters were arrested after storming the gates of the Flemington Racecourse.

A group of animal rights activists marched up to the venue around 10 a.m. Tuesday – just hours before the big annual horse race started at 3 p.m.

A video posted online shows a woman singing ‘say nup to the cup’ when one of her fellow protesters was escorted out of a parking lot by police.

Another photo shows at least five protesters dressed in black sitting in a patch of grass while officers handcuff them.

The incident comes after members of the People for the Ethical Treatment of Animals (PETA) and the Coalition for the Protection of Racehorses (CPR) staged a squid protest outside Victoria Racing Club on Monday.

PETA’s Mimi Bekhech said the protesters dressed up as characters from popular Netflix series to compare the plot of the show and the cruel treatment of horses in the racing industry.

“In Squid Game, the lives of the participants are played, but they can at least choose whether they want to play or not,” she said. 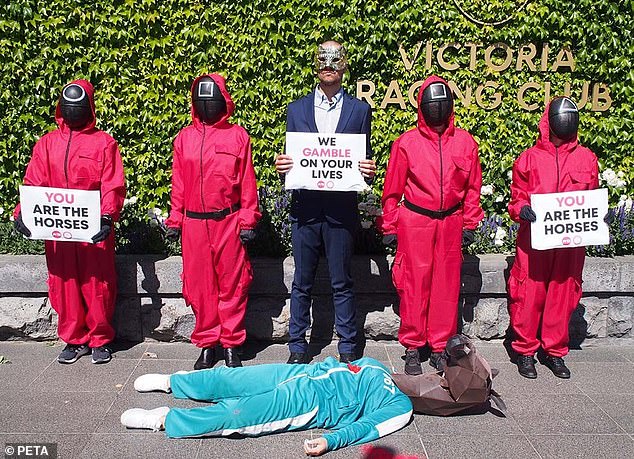 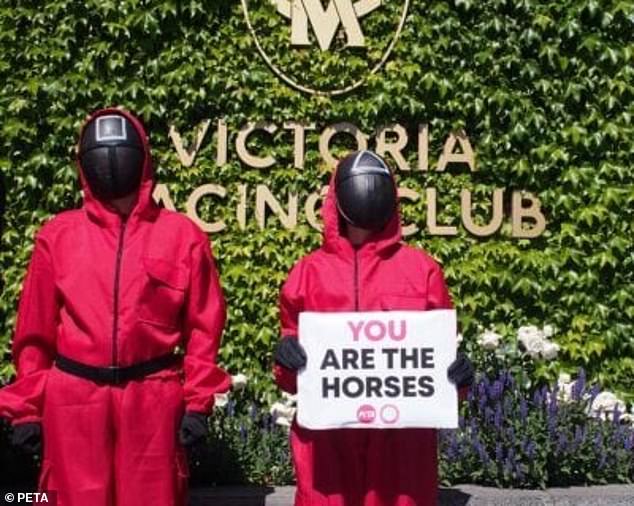 PETA’s Mimi Bekhech said the demonstration sought to draw comparisons between the situation of horses and participants in the popular Netflix series.

‘Horses used in the Melbourne Cup are forced to run, whipped to the finish line and discarded when it is no longer profitable.’

Eight horses have died after the Melbourne Cup in the last nine years.

Last year, Anthony Van Dyck was knocked down after breaking his sling during the race.

“Like the way Squid Game participants are shot on the spot or fall to their deaths in the middle of games, horses that used to run in the industry often collapse and die or are taken to the side and killed right on the track,” Ms Leigh said.

‘They are not treated as living beings, but rather as objects used for amusement and merit for those who are stronger than them.’ 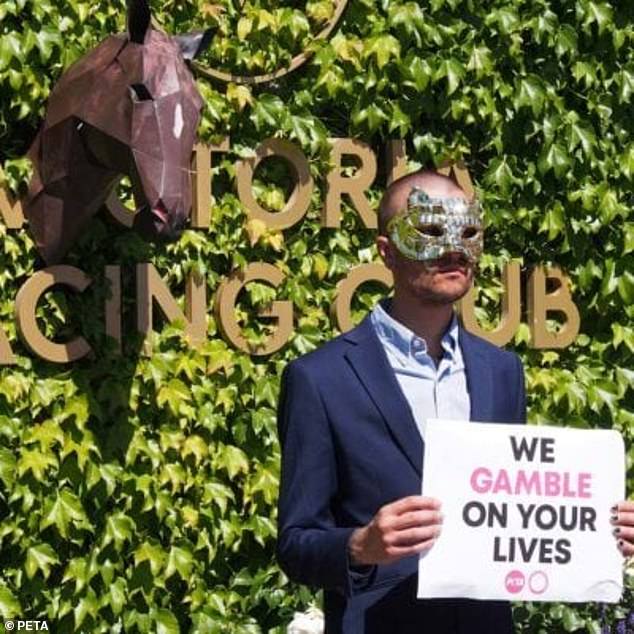