The movement for new legal advice will boost expectations that ministers are preparing to use the Article 16 protection mechanism to fundamentally try to rewrite the agreement, which has polluted EU-UK relations since it entered into force last January. year.

They added that the move had been initiated due to fears that existing external advisers would not be prepared to support the government’s plans to use Article 16 as a back door to rewrite the agreement. “They want to leave Braverman free to think without any conflicting advice out there,” one added.

Downing Street said it was “untrue” to suggest that Lord David Frost, Britain’s Brexit minister, rejected existing legal advisers. “It is normal practice to seek legal advice from a wide range of sources on issues of this importance.”

Any decision in the United Kingdom to trigger Article 16 as a way of fundamentally changing the terms of the Protocol will set in motion a legal battle with Brussels. According to the protocol, which was negotiated by Boris Johnson in October 2019 and entered into force in January 2021, Northern Ireland must comply with all EU rules on goods and create a trade border in the Irish Sea.

Article 16 allows both parties to take unilateral “protective measures” if the Protocol causes “serious economic, social or environmental difficulties”, but these must be adhered to for what is “strictly necessary … to remedy the situation”.

In July, Frost drew up a plan to fundamentally rewrite the agreement, arguing that the protocol was “unsustainable” in the long run because it had created too much economic and societal disruption in Britain. Negotiations are under way in Brussels to try to resolve disputes over the agreement, but London has warned that the disruption it has caused is sufficient to trigger Article 16.

Insiders said the move to find new legal advice appears to point to a UK plan to use the measure to secure a broad suspension of the protocol, including key parts of the agreement, leaving the region under EU trade jurisdiction.

James Webber, a partner at law firm Shearman & Sterling, which has advised Brexiters on legal issues surrounding the protocol, said it was fair for the government to diversify its legal pool. 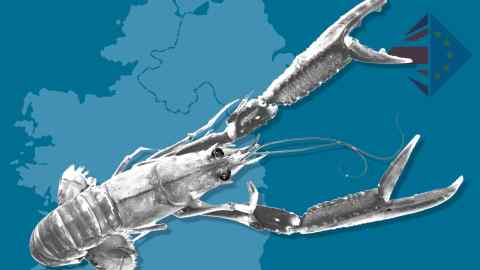 “It makes very good sense to go out and get views from a number of public international lawyers. The government will obviously want to structure any use of Article 16 to be as robust as possible before a future arbitration panel, he said.

Other legal experts said that Article 16 was used as a means of fundamentally resetting the protocol, instead of addressing limited and identifiable shortcomings, the government could fight to make its case.

George Peretz QC, a public and commercial law lawyer at the Monckton Chambers, said the government’s argument would be weakened by the fact that it has deliberately signed an agreement that effectively places Northern Ireland in the EU’s customs territory and regulatory zone for goods.

“It would not make sense for the parties to accept a provision allowing one of them to escape key obligations in certain circumstances if [they] included things that were very likely or certain would happen, “he said.

Sir Jonathan Jones, the former head of the UK government’s legal department who quit last year after the government admitted it was planning to break international law over the protocol, said the search for new advisers would not necessarily lead to better advice.

“It’s a very bad sign if a client has to start shopping around for advice because they do not like the advice they are already constantly receiving. It is not the best way to produce authoritative, accurate legal advice,” he said. .

Keep up to date with the latest developments, post-Brexit, with original weekly insights from our public policy editor Peter Foster and senior FT writers. Sign up here.