Neonatal screening (NBS) was first used to measure the seroprevalence of the human immunodeficiency virus (HIV) in the late 1980s. This method is useful for monitoring severe acute respiratory syndrome coronavirus 2 (SARS-CoV-2) infection in the absence of symptomatic disease. 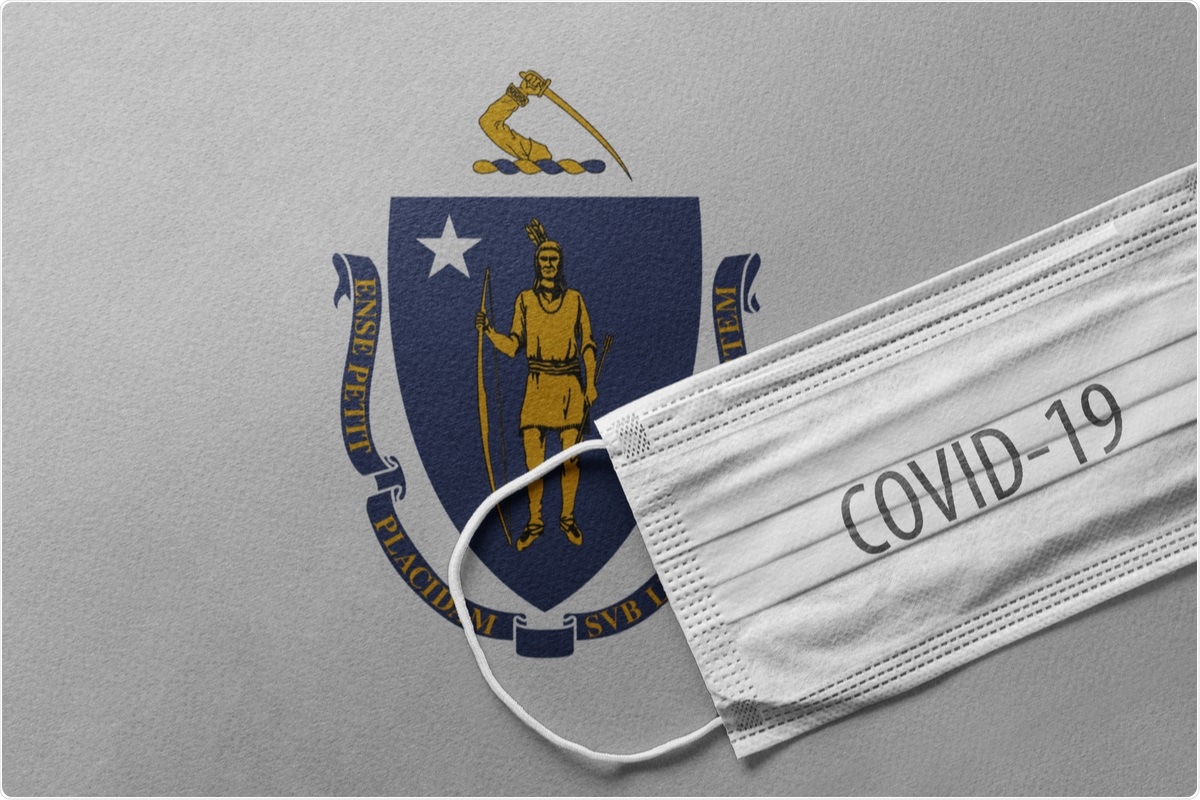 Surveillance of outbreaks of new diseases remains a challenge for disease surveillance networks. NBS programs serve as a source of such information. NBS programs collect infant-sized blood stain samples at centralized clinical laboratories, where they are tested for markers of treatable genetic disorders. These infant blood samples contain maternal immunoglobulin (Ig) G antibodies that cross the placenta; therefore, these reflect the mother’s exposure to infectious substances.

A new study published in medRxiv pre-print * server-reported results addressing questions about the prevalence and prevalence of SARS-CoV-2 infection from a retrospective, deidentified, and systematic study of SARS-CoV-2 seroprevalence among pregnant women in Massachusetts.

The study used data generated from neonatal screening (NBS) samples. Women whose infant samples of dried blood stain (DBS) had completed routine neonatal screening were included. DBS samples that arrived at the NBS screening program in March 2019 served as controls, and DBS from November 4, 2019 to December 31, 2020 were the study samples.

RBD protein-specific IgG antibodies were detected in the DBSs residues of the Massachusetts NBS program by fitting a previously described enzyme-linked immunoassay (ELISA) designed for serum.

Meanwhile, the nationwide monthly seroprevalence at the beginning of November 2019 was 0.03% with a 90% credible interval (CI) of 0.00-0.11% – which remained low until May 2020. Thereafter, the seroprevalence rose to 1, 47% after continuous SARS -CoV-2 transmission in the spring and the plateau with approx. 2% in early July 2020, reflecting reduced transmission during the summer months due to the implementation of preventive measures. Meanwhile, the estimate for seroprevalence for December 2020 was 2.15%.

While the breadth of credible ranges also varied, reflecting uncertainty due to smaller sample sizes for some cities. For example, the estimate of seroprevalence in Boston was 0.05% (90% CI) [0.00, 0.17]) in November 2019, which rose to 3.56% by the end of 2020 – which was slightly higher than for the state. In addition, modeling time continuously yielded similar qualitative trends.

Good qualitative consistency was induced by seroprevalence levels and MAVEN cumulative incidence trajectories from 2019-2020. However, there was a divergence between the curves at the end of 2020. This meant that the seropositivity in the heel cohort did not increase as sharply as the cases during the winter resurgence. The results showed a discrepancy between the DBS data and several other sources of SARS-CoV-2 monitoring towards the end of the sampling timeline.

Examining the societal factors associated with increased seropositivity, it was found that the prevalence of seropositivity among non-Hispanic blacks and Hispanics or Latinos increased in several cities and towns, including Brockton, Springfield, Everett, Chelsea, Lynn and Lawrence. Therefore, it was suggested that certain additional sociodemographic variables warrant further study to characterize their association with seropositivity.

This study provides a strategy to systematically evaluate and estimate the overall cumulative prevalence of SARS-CoV-2 in the entire population by assessing state-wide and overtime distribution of parent antibodies. It was stated that NBS could serve as an easily accessible data source that is most useful for informing about cumulative incidence estimates in areas where widespread infection testing is still unavailable or remains highly biased.