The pandemic with coronavirus disease 2019 (COVID-19) has largely passed children by, with fewer infections and a small proportion of deaths in this age group. However, some undesirable results occur, such as multisystem inflammatory syndrome in children (MIS-C). 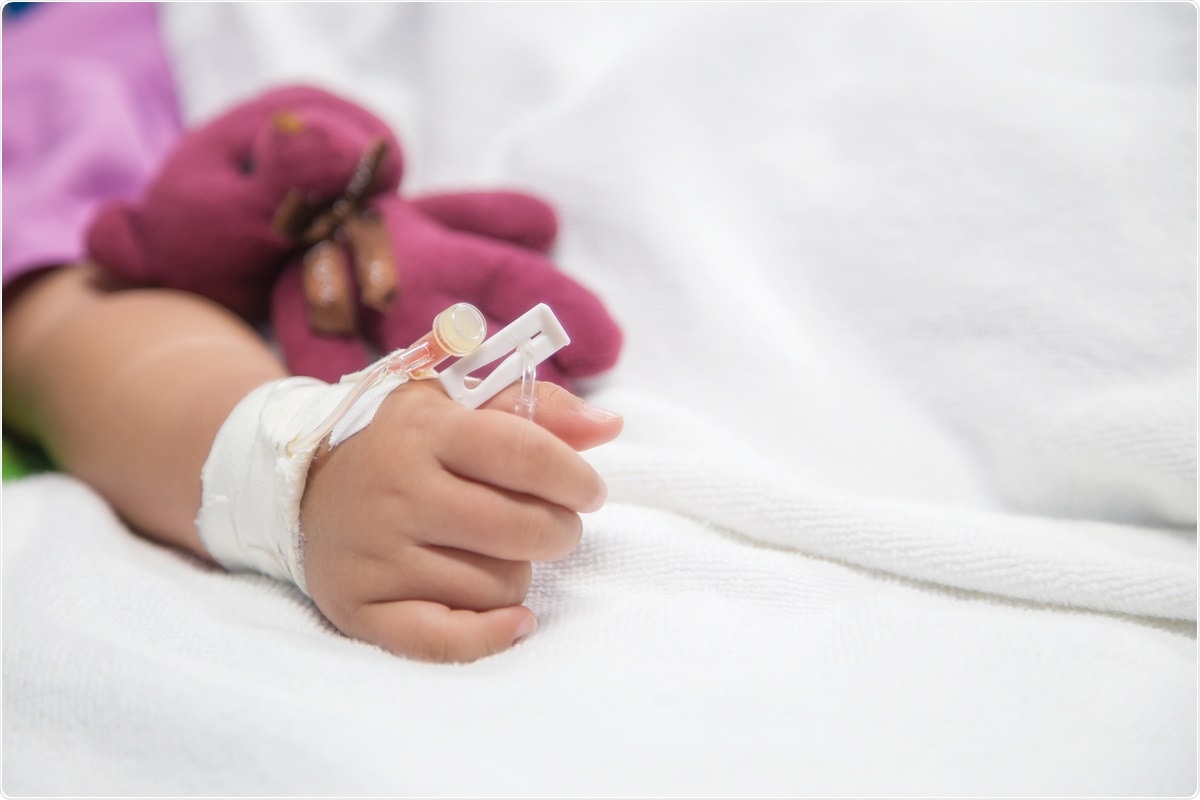 A new pre-print available on medRxiv* preprint server describes an attempt to describe the risk factors for severe COVID-19 in children.

Previous studies in this area have identified the presence of obesity, other chronic medical conditions and inflammation that put children at risk for severe COVID-19. Yet most have been small and from richer countries.

The current study examined data from children hospitalized with symptomatic SARS-CoV-2 infection (including MIS-C), confirmed by polymerase chain reaction (PCR), to extract the risk factors in children with severe outcomes. These were defined according to the Clinical Progression scale from the World Health Organization (WHO), which requires non-invasive ventilation or mechanical ventilation, high-flow oxygen via nasal cannula, vasopressors or death.

The researchers reviewed the data for over 400 COVID-19 admissions for children with a median age of approximately 3.8 years between March 19, 2020 and May 31, 2021. The cases came from Canada, Costa Rica and Iran, contributing two-thirds, just over a quarter and 7% of cases.

Nearly half of the children had an additional illness, and nearly one-fifth had more than one. Children with one additional disease became seriously ill in ~ 32% of cases compared with 37% in those with two diseases but 20% of healthy children.

Symptoms present included fever in> 82% of children, while more than half showed coughing. Approximately 32% had vomiting, the same proportion had rhinitis, while <30% had diarrhea and abdominal pain. Of the total number, less than a third had to be admitted to the intensive care unit (ICU).

Six of the patients died, all with a history of other diseases. Two of these were cancer patients in palliative care.

After adjusting for disruptive factors, the risk of multiple diseases was associated with more than twice the risk of serious illness. People with anemia or hemoglobin disease had almost six times higher odds of the severity of the disease.

Obesity was associated with almost three times higher odds. The presence of a neurological disorder, concomitant infection with bacteria or viruses, or if the patient had a chest diagnostic result suggestive of COVID-19, increased the chances of serious illness more than three times.

Having a symptom such as shortness of breath increased the chances of serious illness by 4.8 times. The diagnosis MIS-C is also associated with higher risk, almost four times. Children with elevated neutrophil counts had higher odds, 2.6 times.

Obesity was reported in over 40% of children with severe disease, but only 4% of those with mild infection. A higher proportion of already ill children were young.

In children under 12 years of age, neurological disorders increased the risk of the severity of the disease more than three times. Conversely, obesity was associated with 3.2 times greater risk in adolescents when the underlying medical conditions were listed by age group.

The researchers checked their accuracy by recalculating the odds if a MIS-C case was not included, which showed that their results were well within limits.

The results of this study showed that COVID-19 among children was more severe among those with other diseases, obesity and neurological disorders. The presence of anemia and / or hemoglobinopathy, shortness of breath or concomitant infection with bacterial or viral pathogens were also risk factors for serious illness.

Finally, children whose X-ray examinations of the breast were consistent with a diagnosis of COVID-19, those with high neutrophil counts and those with MIS-C were also at higher risk. Older children were far more likely to have serious illness. Hypertension, chromosomal abnormalities, and low albumin levels were associated with a severity that disappeared when disruptive factors were taken into account.

Among younger children (under 12 years of age), the presence of neurological disease was a strong predictor of serious illness, but in adolescents, obesity was a risk factor.

Surprisingly, immunocompromised children did not appear to have an increased risk of serious illness. Less than 5% of the severe cases had weakened immunity in this cohort, consistent with previous studies. This finding seems to confirm the hypothesis that it is not the lack of a robust immune response, but its lack of regulation that leads to severe COVID-19 in most people in need of hospitalization.

In this study, the proportion of infants from Canada of hospitalized pediatric COVID-19 cases was more than four times higher than in the general Canadian population. This indicates that infants were more likely to be hospitalized. Some of these infants may not have had a serious illness but may have been admitted for observation after developing severe symptoms.

This is more likely with infants during the first part of the pandemic, especially if severe bacterial pathogens were considered a possible cause of the symptoms. But few of these infants, if any, had a recorded severe outcome, despite the known fact that illness and death among infants are higher at baseline than older children. Therefore, symptomatic disease among infants had no greater risk of becoming severe compared with other children.

The second degree of difficulty, observed among adolescents, was not seen to persist in adjusted models. With obese adolescents at increased risk for severity, this is consistent with previous studies in children and adults, emphasizing the key role of metabolic factors in determining severity.

Risk factors involving blood counts, acute phase reactants such as C-reactive protein and albumin levels were not evaluated due to lack of data, nor could ethnic factors be assessed for their risk. However, it was a multicenter study with over one hundred serious cases among the ~ 400 admitted COVID-19-positive children whose risk factors had been extensively recorded. This made it possible to identify differences in risk factors by age group.

In conclusion, we identified several independent risk factors for serious illness in children admitted for symptomatic PCR-positive SARS-CoV-2 infection. Based on our analysis, age was not an independent risk factor, but the apparent increased risk in adolescents is mainly secondary to the presence of age-specific comorbidities. Furthermore, age appears to modify the effect of specific comorbidities such as obesity. “

Such studies can help develop targeted vaccination programs for high-risk children and guide treatment protocols for monitoring such groups after the diagnosis of COVID-19 among them.