A global commitment to halt the destruction of the world’s great forests, signed by more than 100 world leaders on Tuesday, was the first major deal at the COP26 climate summit in Glasgow.

But almost immediately, critics expressed doubts about how the plan would be enforced and whether it would prove more effective than previous commitments to halt deforestation – a major source of global greenhouse gas emissions.

“Signing the declaration is the easy part,” said António Guterres, UN Secretary-General, who convened the COP26 meeting. “It is important that it is implemented now, for humans and the planet.”

Under the Glasgow agreement, countries home to more than 85 percent of the world’s forests have agreed to halt and even reverse forest losses by the end of the decade. This was reinforced by promises from 30 financial institutions to eliminate their exposure to agricultural commodity-related deforestation by 2025.

But the signatories, which include Brazil, Russia, Canada and Indonesia, as well as the United States, Britain and other Western nations, did not describe how the implementation of the agreement would be tracked or what could happen if the nations refused the promise. 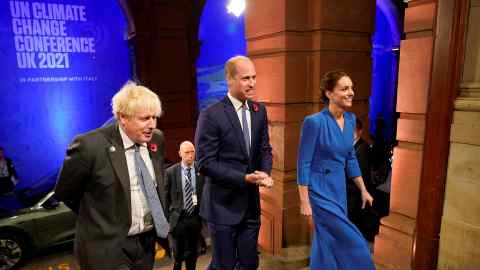 “We were expecting more details, and it’s disappointing that we do not have it,” said Jo Blackman, head of forest policy and advocacy at Global Witness, a human rights organization. “We have seen previous statements to halt and halve deforestation from governments that have not been met.”

Voluntary promises of deforestation had been made before, which did not keep their promises. According to the 2014 New York Declaration on Forests, 40 governments, as well as companies and other bodies, said they would halve the number of deforestations globally by 2020 and end deforestation by 2030. But an official report this year concluded that “tropical primary forest losses have generally increased ”in the seven years since the agreement was signed.

Mary Booth, Director of the Partnership for Policy Integrity, a climate campaign group, said: “Given the way countries fail to live up to even their weak promises under the Paris Agreement [signed at COP21 in 2015]”It will be interesting to see if politicians come up with approaches that have more teeth when it comes to something as specific and measurable as land reclamation.”

Nevertheless, climate experts largely welcomed the commitment to deforestation, as well as the $ 12 billion in overseas development funding that 12 countries promised for forest protection, saying it marked a step in the change of attitude.

There was now a “real dialogue and a real commitment to working together,” said Justin Adams, CEO of the Tropical Forest Alliance. “These talks have not happened before, in terms of how we can make it all happen.”

Glenn Hurowitz, CEO of Mighty Earth, a campaign against deforestation, said it could trigger change if it was “supported by real-world monitoring, enforcement and transparency”. He suggested that governments could set up a global deforestation observatory under the UN to track forest losses.

Russia’s vast forest reserves, which account for about a fifth of the world’s total, are the cornerstone of the country’s recently announced plan to achieve CO2 neutrality by 2060.

President Vladimir Putin said in his COP26 speech on Tuesday that Moscow “took the most serious and energetic measures” to preserve its forests. But the country’s forest stands have been destroyed by a growing number of fires in Siberia, which experts attribute to climate change and poor management.

Much of the skepticism about the promise of deforestation was centered on Brazil, home to most of the Amazon rainforest, which has seen a sharp rise in deforestation under President Jair Bolsonaro.

Bolsonaro has often expressed sympathy with Amazon’s mining industries, especially its gold miners – rhetoric taken as a green light for them to continue without fear of prosecution.

“Illegal groups feel brave. They think they should seize this moment,” said an officer from Brazil’s most important environmental enforcement group, Ibama.

Illegal timber from Brazil is sold to buyers, including some in Europe, with little concern for traceability, while soybeans produced on illegally cleared land are sold to China. Large banks have continued to finance large agricultural companies associated with deforestation.

“What we need is for governments to send a strong message that they want to hold corporate actors accountable for their role in deforestation,” Blackman said. Without it, “any promise risks being ineffective”.

Recognizing the problem, 28 governments, including the United States, the European Union, Brazil and Colombia, also said on Tuesday that they would develop a sustainable trade plan aimed at eliminating deforested wood from commodity supply chains.

Over the next year, the signatories will discuss what a common standard might look like and examine issues such as how to monitor the transparency of the supply chain and the use of trade to provide incentives for good forest management.

One problem with a general ban on deforestation is that deforestation to grow crops is how a large number of people in developing countries survive. Joko Widodo, Indonesia’s president, told the audience on Tuesday that “millions of Indonesians are addicted [for] their livelihood in the forestry sector ”.

All new standards “must be accompanied by market incentives” and not “unilaterally imposed” by rich countries, he added.

One country that could serve as a model for forest management is Gabon, which has ambitious plans to reposition itself as a “green superpower” by promoting ecotourism and issuing bonds to preserve its rainforest.

“If we want our forests to survive, they must be valuable,” its president Ali Bongo told the audience in Glasgow. “The developed world has plundered our forests… We plan to save the forest by exporting it sustainably.”