Prosecutors have dropped a lengthy criminal cartel case against ANZ and one of its senior executives, Rick Moscati, after the federal court described the case as a “complete quarrel.”

The court also said the hearings – where a judge decides whether there is sufficient evidence to take the case to court – were “long, protracted and ultimately … rather meaningless”.

In an embarrassing blow, the Commonwealth’s Director of Public Prosecutions (CDPP) was ordered to reproduce his indictment for the third time because it was “defective and defective”.

Despite the setback, the CDPP has decided to continue its criminal prosecution against the banking giants Deutsche Bank and Citigroup, who are also defendants in this case.

In June 2018, ANZ, Deutsche and Citi were prosecuted for being “deliberately concerned about alleged cartel behavior”.

It’s basically a form of alleged collusion – and the case was the result of a two-year investigation by the Australian Competition and Consumer Commission (ACCC). 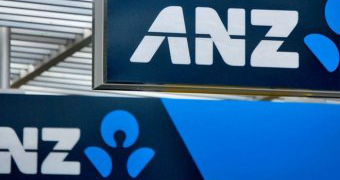 A world of stock trading subscriptions generally goes unnoticed in the boardrooms of major investment banks – at least until the ACCC becomes involved in a criminal cartel lawsuit. But what do underwriters do?

This case arose as a result of ANZ’s decision to raise additional cash from institutional investors by issuing new shares worth $ 2.5 billion in August 2015.

Through some of their senior executives, Citi, Deutsche and a third major global bank, JP Morgan, have reportedly come to an understanding of what to do with shares that were unable to be sold.

Often there is no one left – but this time almost a third of the shares worth about $ 790 million were not sold.

JP Morgan is not charged because it whistled off and gained immunity.

For companies, the maximum fine for each offense is either $ 10 million or three times the total benefits earned and “reasonably attributable” to the offense (whichever is greater).

Judge Michael Wigney did not cut the words when he criticized the prosecutor’s handling of the case on Wednesday morning.

“It would not be unfair to characterize the situation regarding the state of the indictment as a complete quarrel,” he said.

The judge also said it was “completely unsatisfactory” that the indictment had not been completed – three years after the banks and their executives were first charged, and about six months before the trial was due to begin.

The CDPP filed its first indictment (outlining the criminal charges) against the banks and its leaders on February 1st.

But it was ordered to file a new indictment before July 7 because the charges were poorly explained and “defective” – ​​in part because of the “complex nature” of Australia’s antitrust law.

The same thing happened again in Wednesday’s court hearing (November 3). In a brief summary of the judge’s decision, the federal court noted:

“The defendant argued that the prosecutors did not adequately describe the nature of the offenses they are alleged to have committed because the prosecutors were for the most part completely devoid of detail and merely repeated the words of the relevant offense provisions.”

Justice Wigney decided to give the prosecutor a third chance – and a deadline of November 24 to file another set of charges.

Instead of trying again, the CDPP decided to abandon its case against ANZ and Mr Moscati, but pressed on with its prosecution of Deutche and Citi.

In a statement, ANZ Chief Risk Officer Kevin Corbally said: “We have maintained at all times that ANZ acted in accordance with the law in relation to the placement.

“We defended the bank and Rick on that basis, and we’re glad the case is now behind us.”