This sub-region of the capital has much in common with ‘bereaved’ areas such as Cornwall, Teesside and West Wales, writes the CEO of Localis.

It seems to be an incomparable rule of thumb that when writing about urban renewal, Lord Heseltine will at some point be included in the discussion framework. It is something similar to Godwin’s law of internet arguments, which quickly falls to mention of a certain infamous dictator. 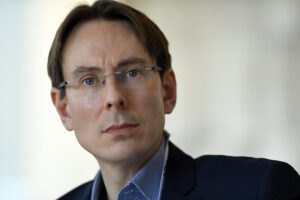 Heseltine’s law requires that, within a certain range of economic renewal in disadvantaged areas, there be an inevitable reference to his role during Thatcher’s second period in the mid-1980s in running the London Docklands Corporation or the Liverpool Garden Festival after Toxteth. the riots.

So let’s get it and the big beast out of the way. Heseltine’s often expressed view is that the large number of local authorities in England is a barrier to economic development. When the coalition’s growth guru announced his report No Stone Unturned a decade ago, the coalition’s growth guru would often boast of how his abolition of districts in Scotland and Wales had led to little lamentation either north or west of the border. And when it comes to capital management, Heseltine likes to encourage London city councilors with his claim that five super-councils could manage more efficiently for its nearly 9.5 million inhabitants.

While this would clearly not be a good thing for either local democratic accountability, the provision of valued services or a sense of identity, there is a self-evident subregional argument for making the best possible use of civic and economic geography in London. And it already exists in the form of the four sub-regional partnerships across the capital.

Localis was commissioned by the local sub-region of London to investigate the case of the leveling of districts in east and north-east London. The relationship between the leveling agenda and London has been the subject of intense scrutiny inside and outside.

The capital is still characterized as Great Wen – its growth is characterized as disproportionate to other parts of the country and problematic. Hence the lack of any major details about the capital’s role in either building back better or up in level – suggesting that London as a whole will take care of itself while interventions are made to increase the rest of the country. Or that in order for the ‘left backward’ areas of the country to level up, London must somehow ‘level down’.

This is problematic for the local sub-region of London, which within the eight boroughs – Barking & Dagenham, Bexley, Enfield, Havering, Greenwich, Newham, Redbridge and Waltham Forest – contains some of the highest levels of the most disadvantaged neighborhoods in the country.

Local London should be eligible for the same money from the UK Shared Prosperity Fund, which was earmarked under previous EU support

In terms of population, Local London weighs about 2.3 million people. This is more or less on a par with West Midlands CA.

As a sub-region, it enjoys lower economic productivity (GVA) per capita. per capita than anywhere else in the capital – let alone the Greater Manchester, Liverpool City Region or West Midlands combined authorities. In our report, which looks at the role of East and North East London in local, regional and national growth (the clever title Local London and Leveling Up), Localis reveals that this sub-region has more in common in many surveys with ‘left behind’ areas such as Cornwall, Teesside and West Wales. So to begin with, local Londoners should be entitled to the same money from the UK Shared Prosperity Fund, which was earmarked under previous EU support.

In our report, Localis argues for improving physical and digital connectivity to encourage professional industries to locate and take advantage of the fact that London’s geography is moving east.

To this end, the central government must work with local partners to deftly direct investment in East London to meet the enormous economic, human and social potential of a large sub-region.

This could be in the form of a subregional growth agreement that would give local London leaders the power to ‘master plan’ – together with the government and the Greater London Authority – an ambitious vision for the area and dedicated funding to convene and coordinate individual boroughs and districts. external partners to ‘level up’ in this significant corner of the capital.

Based on last week’s expenditure review and ahead of the long-awaited publication of the White Paper on equalization, we can argue that Local London is not just an area in need of its own equalization, but as an engine for future growth that can help energy recovery in the rest of the country through tangible prospects for new knowledge-intensive industries and ‘shovel-clear’ investment opportunities.