The train driver, who made a “brave attempt” to keep passengers safe in Sunday’s night collision in Salisbury, is a 74-year-old with more than 50 years of experience driving the route of the accident.

Robin Tandy acted in an “impeccable manner” during the incident, his bosses at South Western Railway have said.

He suffered “life-changing injuries” and had to be cut from his cab after the South Western Railway service he was running collided with a Great Western Service train on Sunday night. He is being treated at Southampton Hospital. 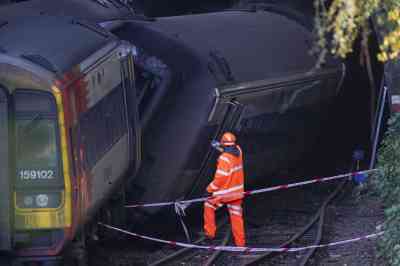 Investigators at the crash site involved two trains near the Fisherton Tunnel between Andover and Salisbury. Clearer details of the cause are now emerging

“We would like to pay tribute to our driver who was injured Sunday night,” a spokesman for South Western Railway said. “He is a deeply respected colleague who has over 50 years of experience in driving a car