The average price of a one-bedroom rental in Toronto has now risen above $ 1,900, according to a new report from Liv.Rent.

Starting in early November, the average unfurnished one-bedroom in Toronto will cost renters as much as $ 1,909 – the highest price in the entire GTA. Toronto’s price is $ 174 higher than the new GTA-wide average of $ 1,735. 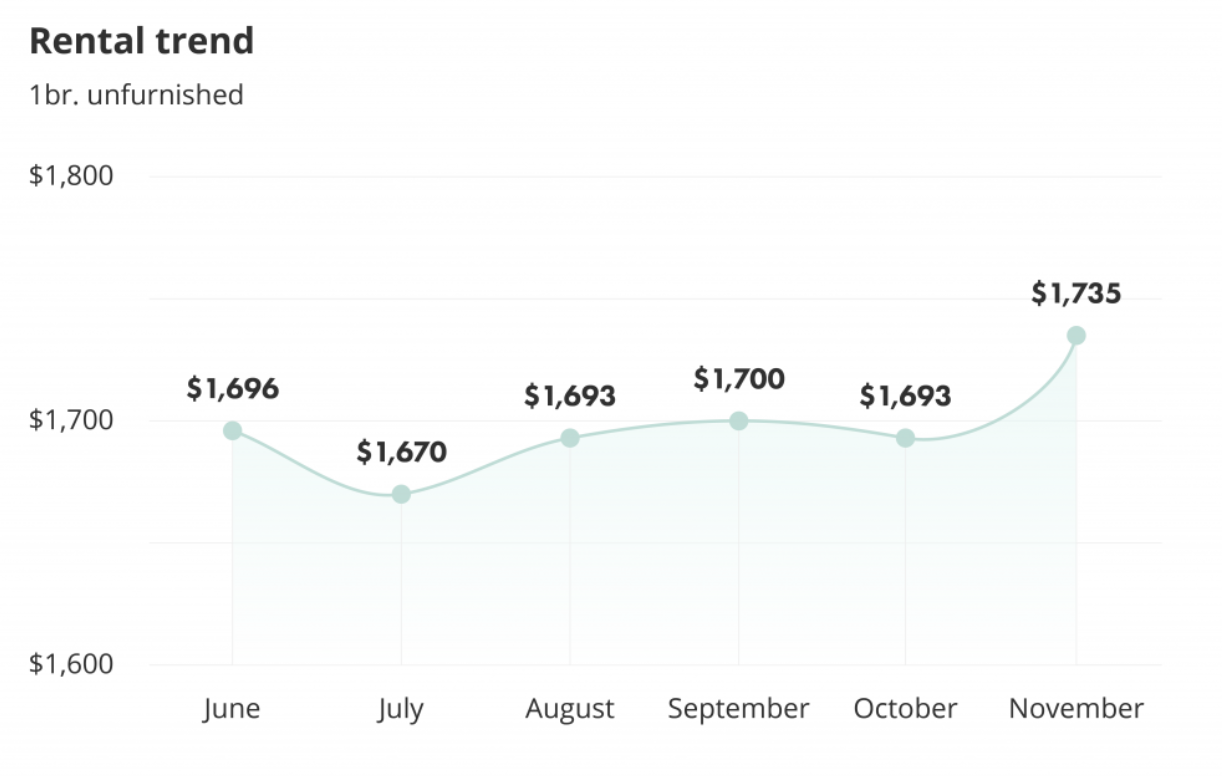 This is the first time this year that the GTA average has exceeded $ 1,700, and it is noticeably higher than the October average of $ 1,693.

Depending on the area, the change in rental prices varied somewhat from month to month. In Etobicoke, for example, unfurnished one-bedroom actually fell in price by about 2.5%. Meanwhile in Scarborough, they rose 7.3% in price – the biggest increase seen this month. Brampton, which has the cheapest one-bedroom rental out of all the areas surveyed at $ 1,514, saw a 1.9% increase. 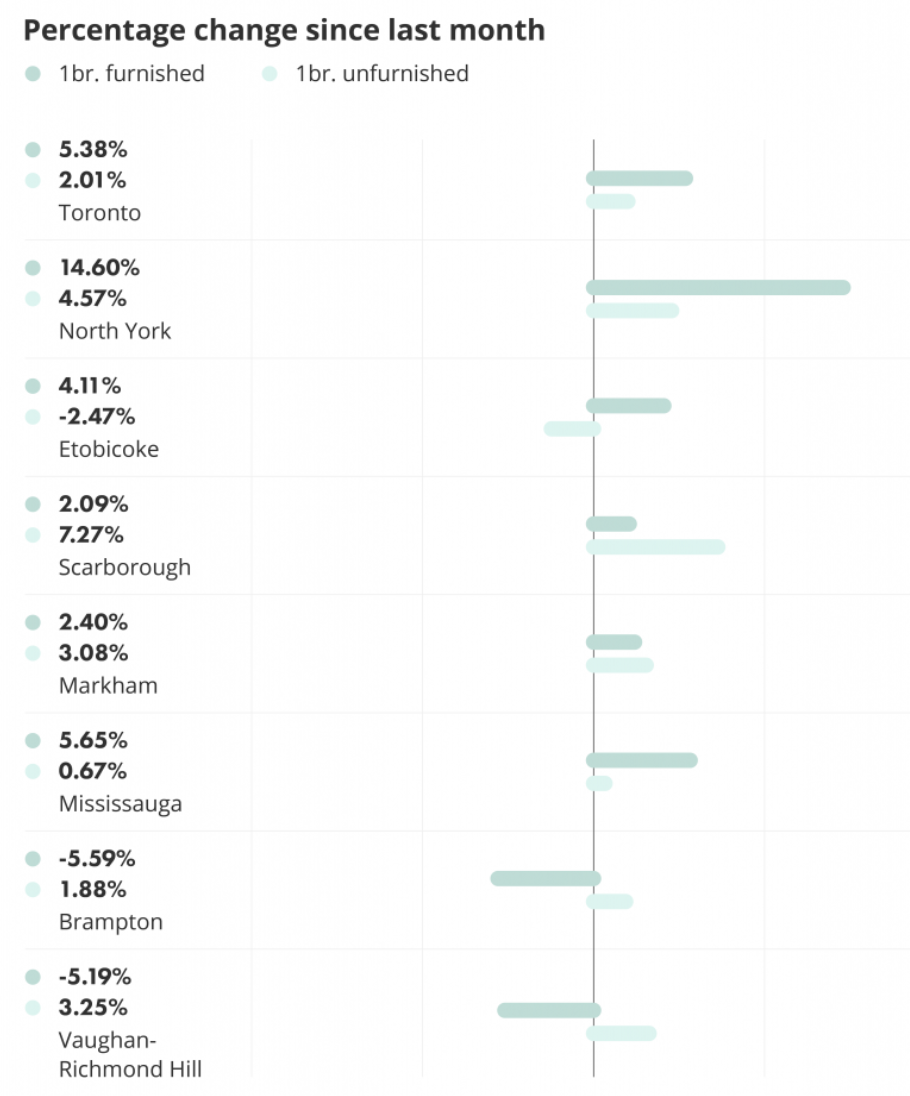 It is well known that furnished rentals tend to cost more to rent than their unfurnished counterparts, but as of this month, the difference is barely there. In fact, unfurnished one-bedroom in GTA was only $ 11 cheaper on average than furnished units. 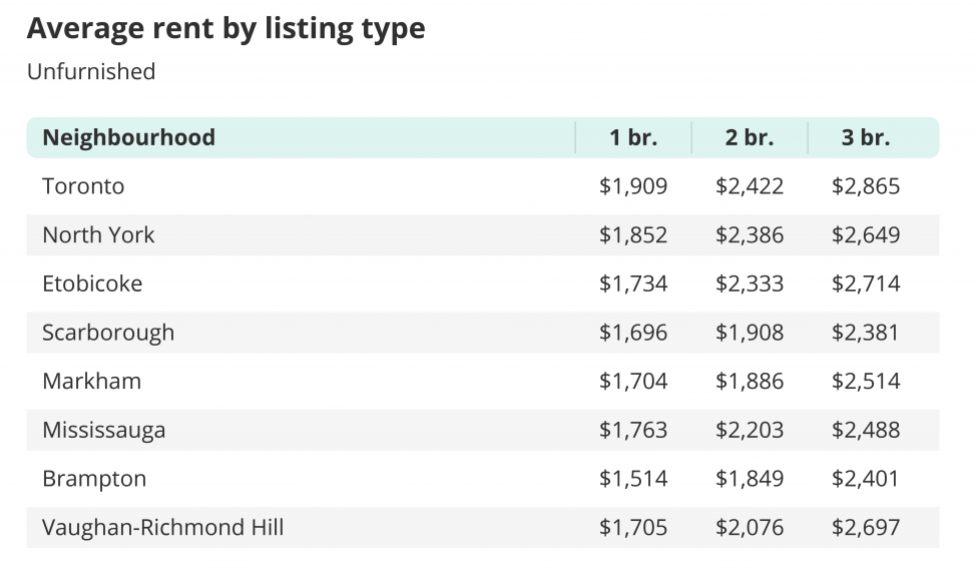 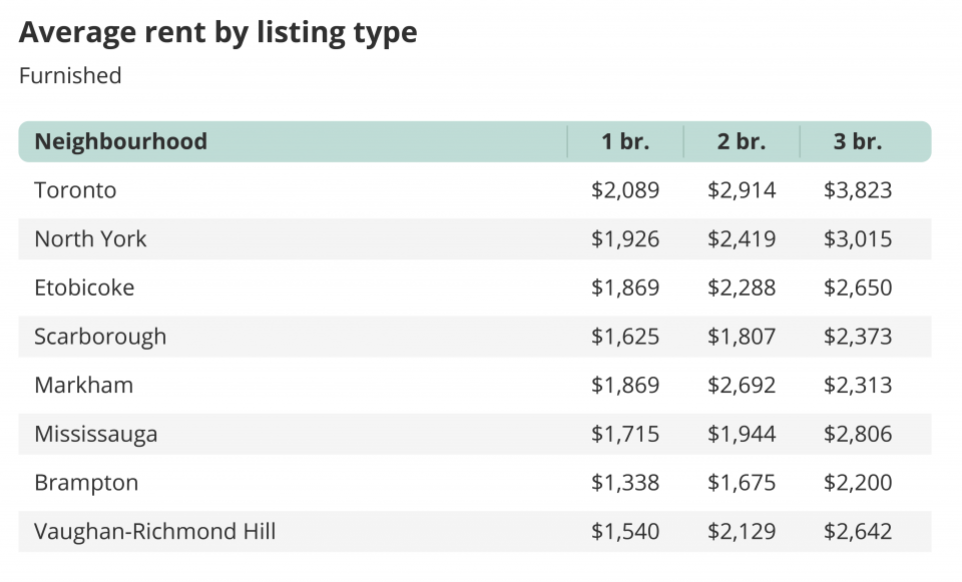