If you purchase an independently notified product or service via a link on our website, we may receive an affiliate commission.

Shoppers in Los Angeles who have not yet finished To make the cut is something of a spoiler when they visit Pantora designer Andrea Pitter’s new store.

The store is reminiscent of a luxurious version of a New York subway, and is adorned with gold fixtures, glossy monochrome tile floors, sleek black seating and imitation windows and doors. Pitter will also open Pantora’s first West Coast bridal shop (the second outpost after its Brooklyn flagship) next door later this year.

“I work up; trying to figure out what it all meant, ”says Pitter Hollywood Reporter. “I’m getting extra therapy sessions with my new reality!”

talking with THR from LA (where she was putting the finishing touches on her new store), the Jamaican-American designer adds: “I did not have to dive too much … I was ready to change pace and it was a very welcome retreat, ”she says of her whirling West Coast visit.

Here, Pitter shares more about what To make the cut viewers could not see why diversity continues to matter in the fashion industry, the inspiring stories that have landed in her email inbox and more. Read on below and shop Pantora online at Amazon Fashion.

How much time did you spend with the judges outside the camera?

Our time with the judges was pretty much what you saw. We spent a lot more time with Tim, he was a great mentor. He would give us all these amazing “Tim Talks”; [he gave us] more time than what you got to see. They took really good care of us and were concerned that we all remained safe.

A million dollars is a huge prize and you have no doubt dreamed of how you would spend that money. Have some aspects of your plans changed now that you have won?

Right now, I’m still learning to spend that kind of money because I take my time. I’m still a little wary of how to use it, but I want to dream a little bigger. I’ve got time and resources and I think that’s the most amazing part of winning such a big prize. You are not necessarily in a hurry to use. 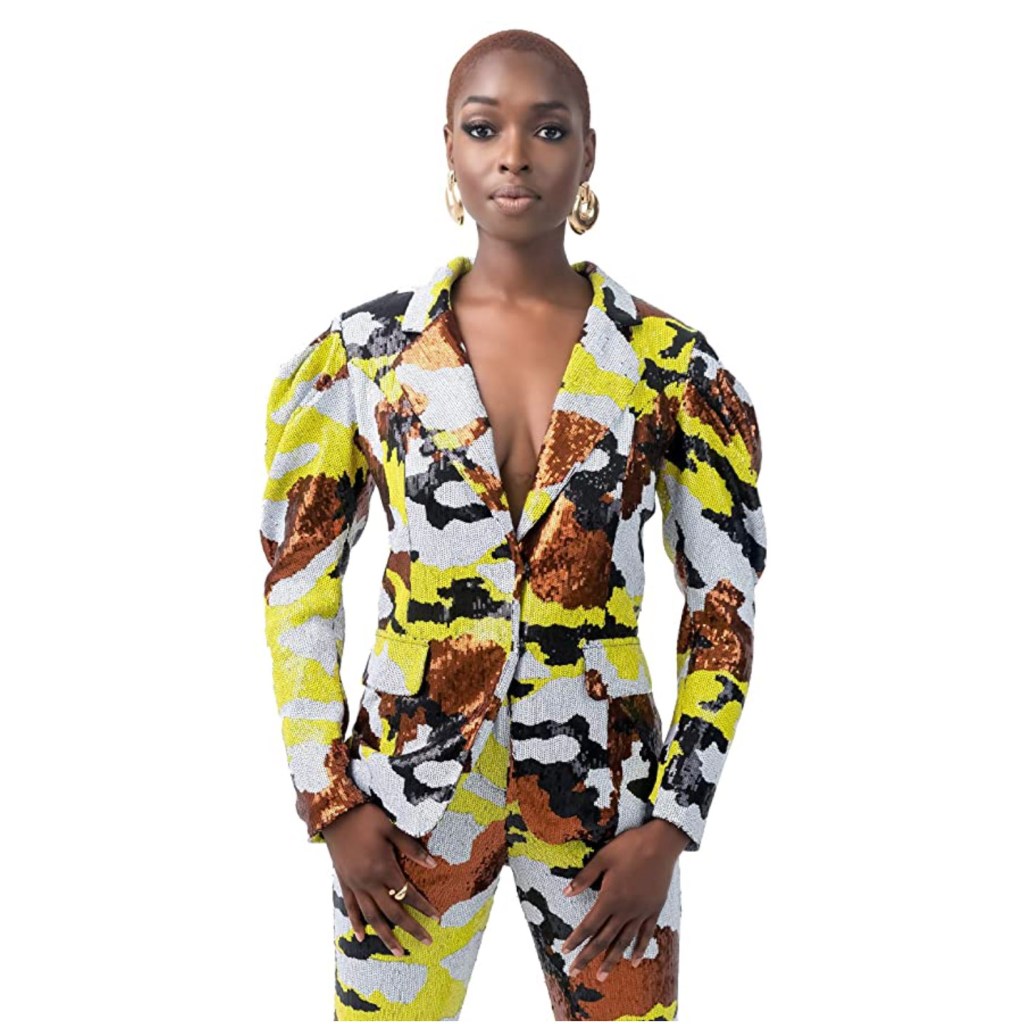 That New York Times‘recently published a revealing piece stating that there is “more work to be done” when it comes to black representation in the fashion industry. How does it compare to your experience?

I feel like I want to say the cliché, but representation matters. If I thought so before, it has been enlightening about how my victory has affected others – black women, children. My inbox is full of supportive emails from them. I did not necessarily know that this was the purpose I would serve by participating in this show, winning or losing. That with my business, I made sure they were the center of [it]. Now with the money I can solve more problems for more people. It’s the most beautiful thing when you try to solve problems without resources, you wonder how well you are doing. I now know with extra help that I can do better than my best. More people recognize my brand and people see themselves in me.

I know I was talking about being a first-generation American in the program. I had a lot of people who said, “It’s so exciting, I saw it with my parents, now I’m able to pursue their dreams with their support.” I had a 9-year-old girl named Dara [who told me she was] ran through her living room when I won. I have FaceTimed her, she is really cute! There are so many stories like it, or people who are considered plus size in the everyday world, who are not able to shop fashion and are stuck by buying what is offered to them. I love giving them happy pieces for their wardrobe.

I have a ridiculous amount of people sharing their stories. I love to relax and read them late at night.

How has your design process changed after the show?

It’s so much fun now. I had a great time in brides, but designing in colors – I made a little roll on Instagram that I feel like for the movie Pleasantville or the book The donor.

I came across a young lady the other day, she just walked past me and said, “Oh my god, you are a goddess!” And she kept going. This is who I design for. People who want to cheer on others, these are the ones I design for. 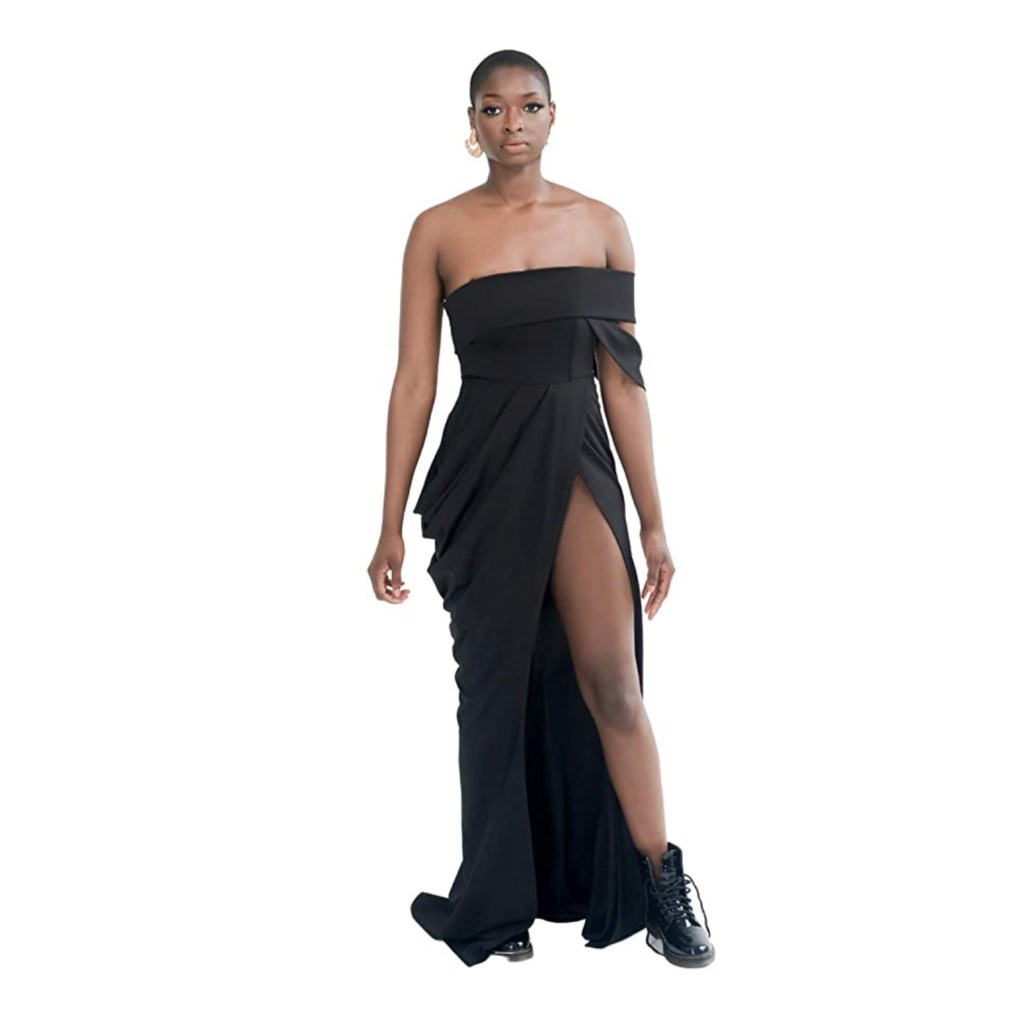 What has it been like settling on Row DTLA?

Well, there are people there now [compared to the height the pandemic]! The energy was so great I spent so much money this weekend. The energy was really good, such a diverse crowd, children and their parents. It was very crowded last weekend with Smorgasborg. Me and [Making the Cut season 1 winner] Jonny Cota, went for a walk through the entire property.

Tip, no. But we did [have] a lot of common conversations like “Were you scared of it?” and spill tea. We are the only two people who have had that experience, so it was a little nice. We talked about a million dollars being insane! Wild! And said, “Do you remember when we dressed up for less than $ 10?”

Since your collection is available on Amazon, we have to ask – what were the last things you bought on Amazon?

I bought a phone cover! One of those Cuban link-like looks. I bought matching swimwear for me, my husband and son, with pineapple on. We match everything and Amazon is the first place I go to [for that]! 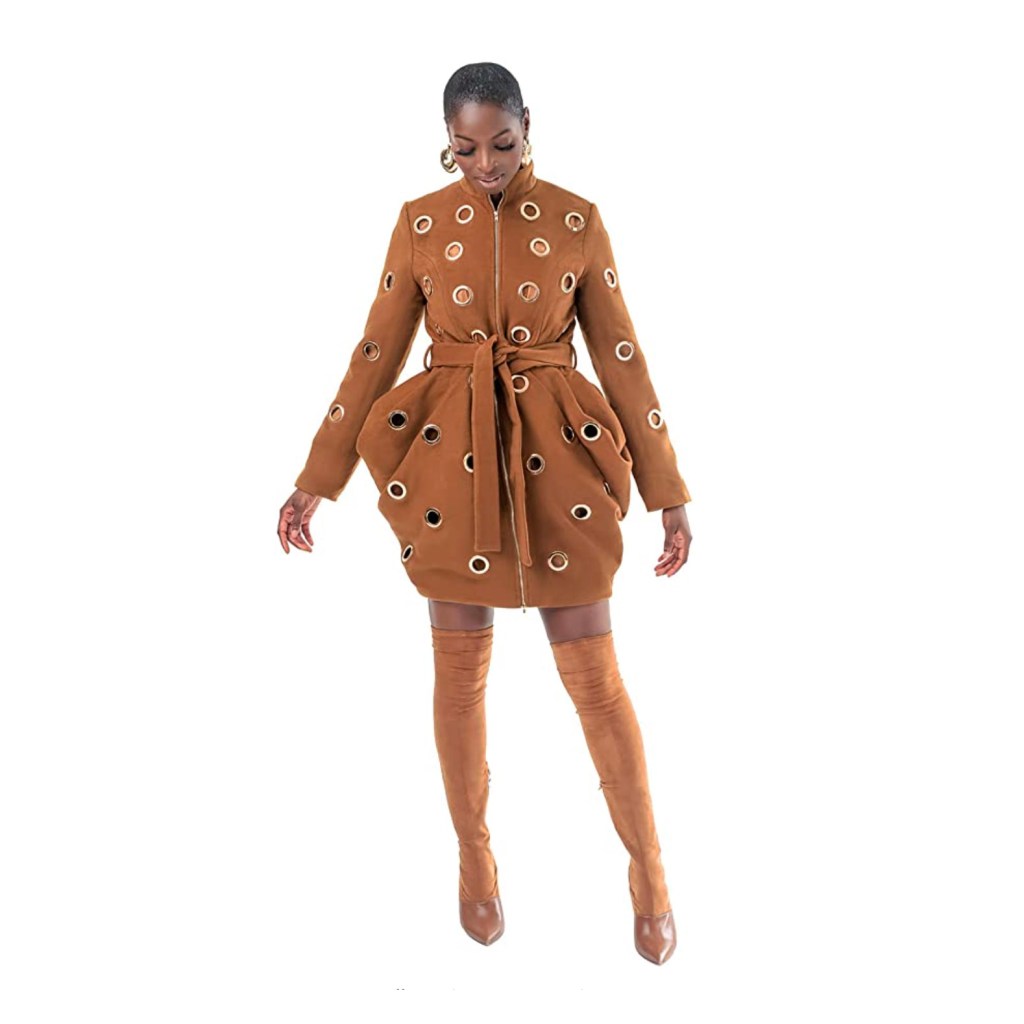 It must be so incredible to be able to see feedback in real time now that Pantora can be purchased on Amazon. How has it changed your approach as a designer and business owner?

It is a very different experience, but in some ways there are similarities. That’s what’s really cool, I use the Amazon experience, which is really about customer satisfaction and being able to get my pieces in my hands in two days. In the comments, they talk about the clothes and what they say on Amazon and the reviews and on social media – people are really a place where they chase joy and I love to see the things they are doing – people go out to brunch in my sequins. And that’s the point, we do not have to wait for something to celebrate, put it on because you will. Waking up is a party enough. People create TikTok! And then I touched a new customer base, stylish women over 50, they really are the most swaggiest women.

When I think of my brand, it has always been about inclusion – size and race. And there are other factors that people help you consider that my eyes have been open to. These women, I had no idea this was my customer base! They seem so full of life and they are some of the best influencers ever! I buy what the wear.

Last question – which star would you love to see in Pantora?

My answer will always be Beyoncé! But to be completely honest, the women wearing my clothes right now are my celebrities. There is no better way – they choose you.